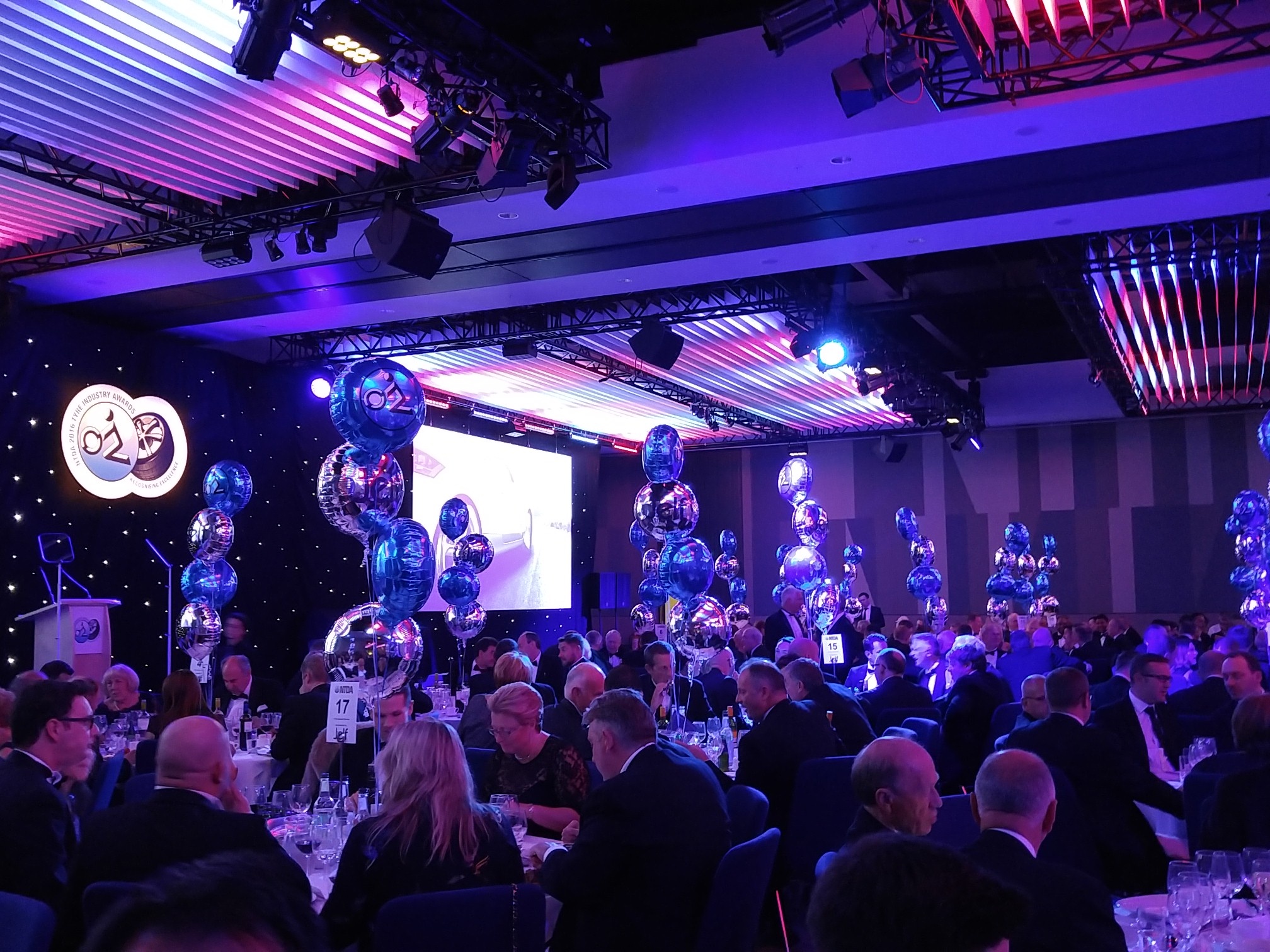 The Tyre Industry Awards have been presented for 2016 during the sold-out NTDA Annual Dinner, this year hosted by the Vox Conference Centre on the site of Birmingham’s National Exhibition Centre. In addition to the various gongs, the NTDA presented Sir Tom Farmer with the National Chairman’s Award for Outstanding Contribution to the Tyre Industry, sponsored by Hankook UK, while Brian Funnell and Lennie Wells were also made NTDA Honorary Life Members. Presented by television personality Suzi Perry, the winners were decided by a panel of leading industry judges, and the results live-tweeted by Tyrepress via its Twitter feed.