You are here: Home1 / News2 / Retreading 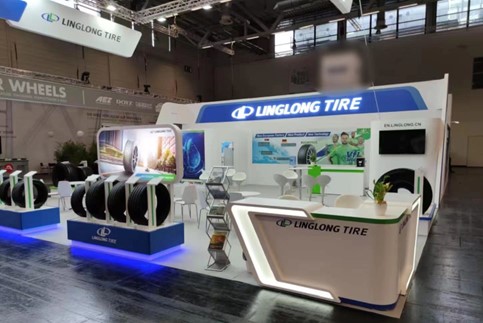 On 30 December Linglong announced that it would adjust the construction of its seventh production base in China. The construction location of the project was changed from Lujiang, Anhui, to Lu’an, Anhui. At the same time, the tyre manufacturer’s Lu’an factory is preparing to build a project with an annual output of 14 million sets of high-performance radial tyres and a project to regenerate via retreading and material recovery 30,000 tons of waste tyres. In the original design, Linglong’s seventh factory in China was intended to have an annual production capacity of 14.6 million sets of radial tyres. 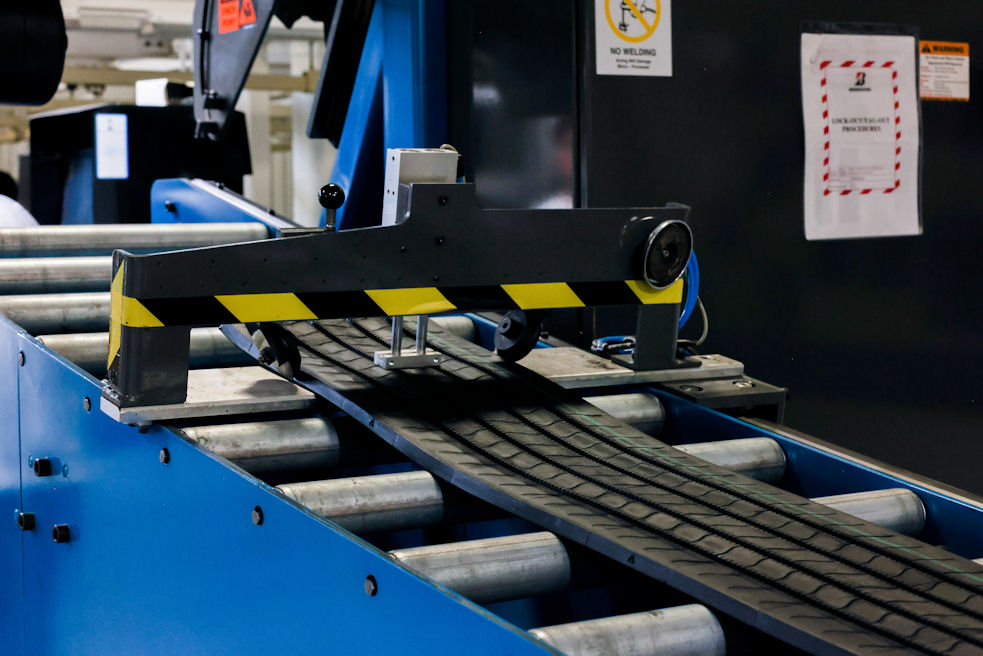 Sales of Bandag retreaded tyres increased 9% in North America during 2022, with more than seven million units sold during the year. A US$60 million investment in capacities & debut of a new programme for small and mid-sized fleets should ensure continued growth in 2023. 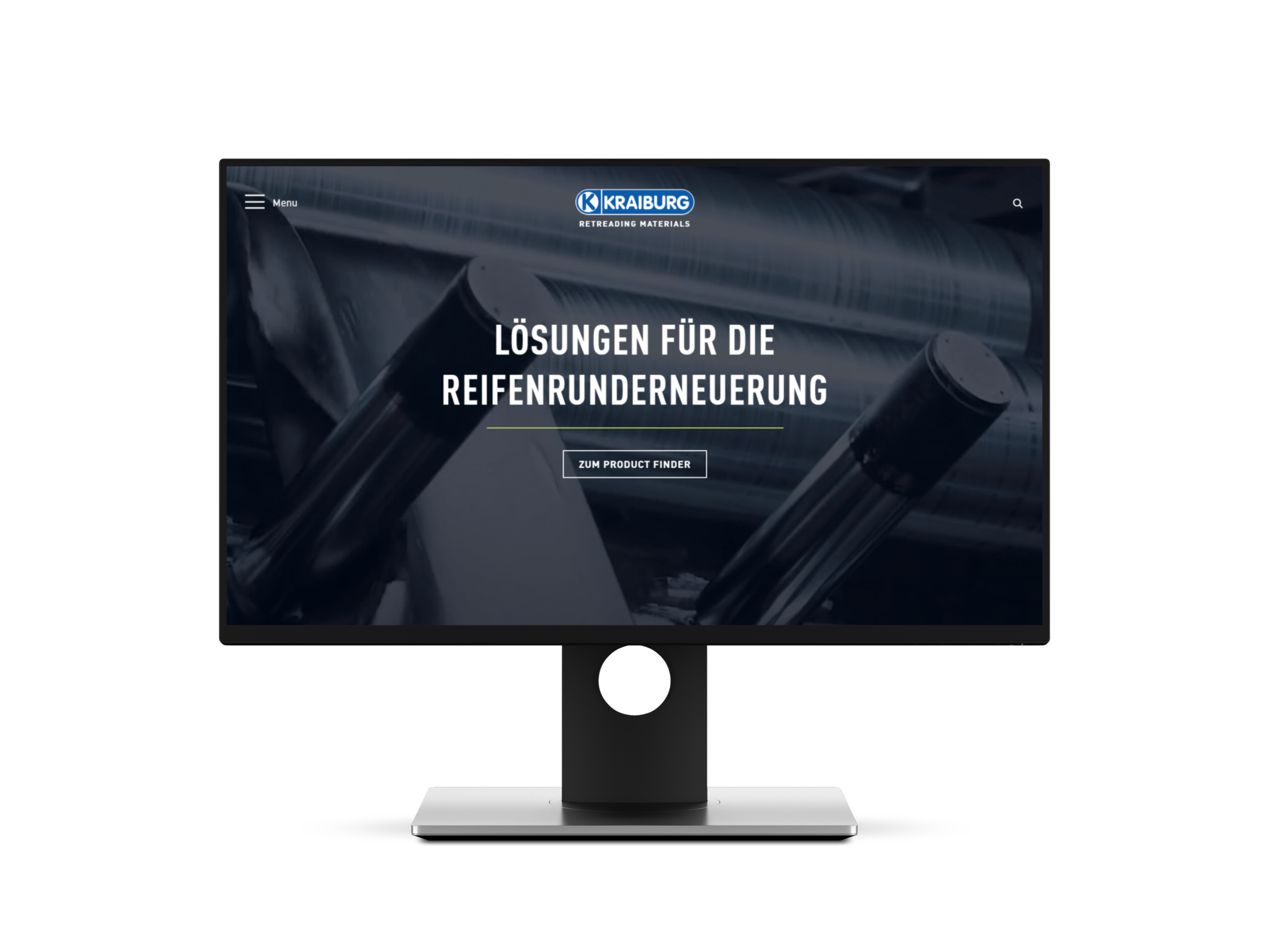 Kraiburg Austria has launched its redesigned website for its retreading materials business. Marketing manager Ulrike Auer said the new site was designed to “compress” the company’s digital content “down to the essentials” for increased ease of use. Kraiburg has targeted a move away from lengthy searches for information “towards the 1-click method.” The German language site is now live, with an English version to follow shortly. Other languages are also planned. 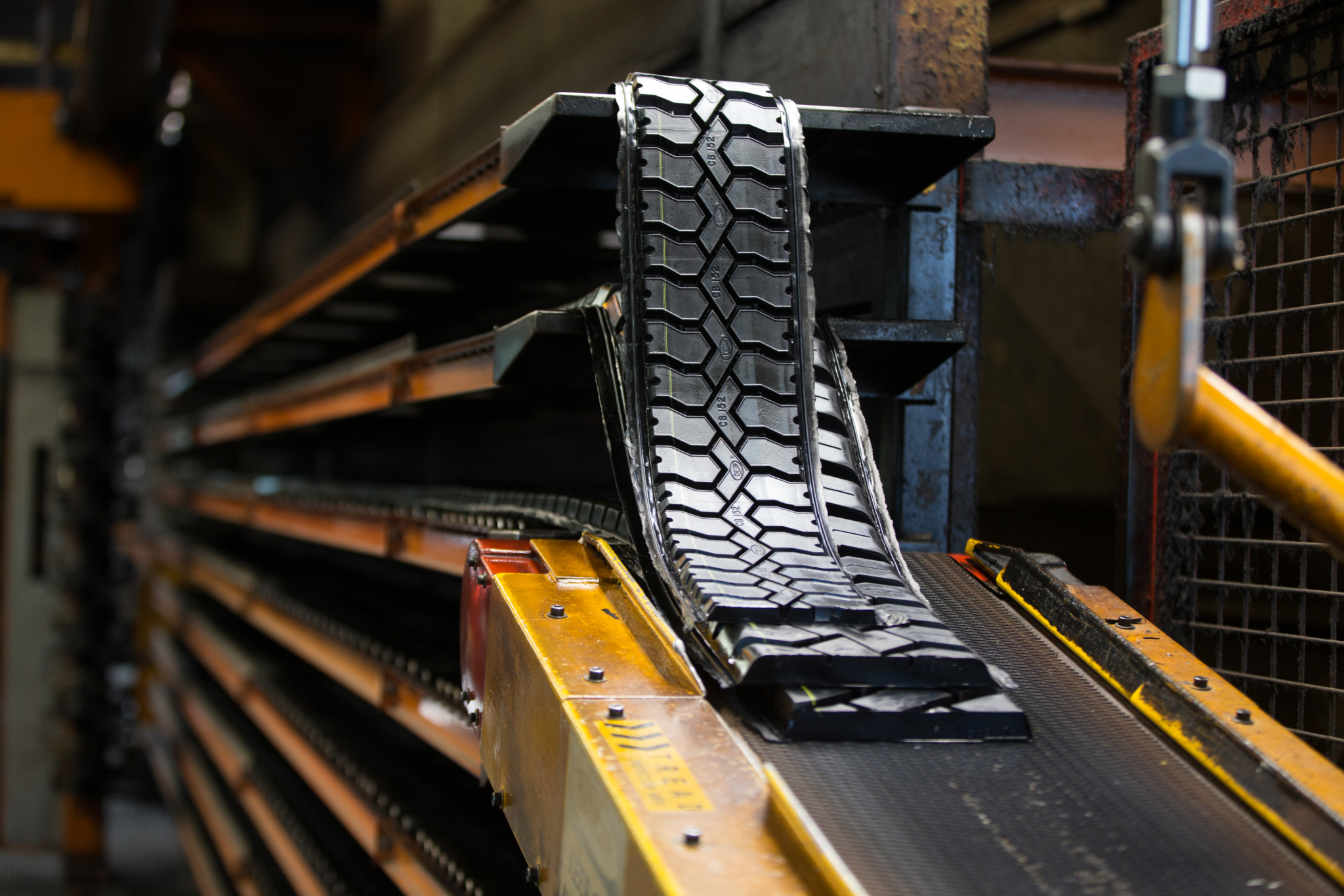 Bridgestone China Asia Pacific (BSCAP) won Gold in both the CSR and ESG Leadership category, and the Best Environmental Excellence Award in the suite of awards facilitated by Pinnacle Group International. Bridgestone Australia & New Zealands ongoing commitment to the RYDA road safety education program and sustainable practices embedded within the Bandag retread business were highlighted as a significant contributor to the award victories. This is the fifth consecutive year that BSCAP has being recognised for its initiatives across the region at the Global CSR & ESG Awards. 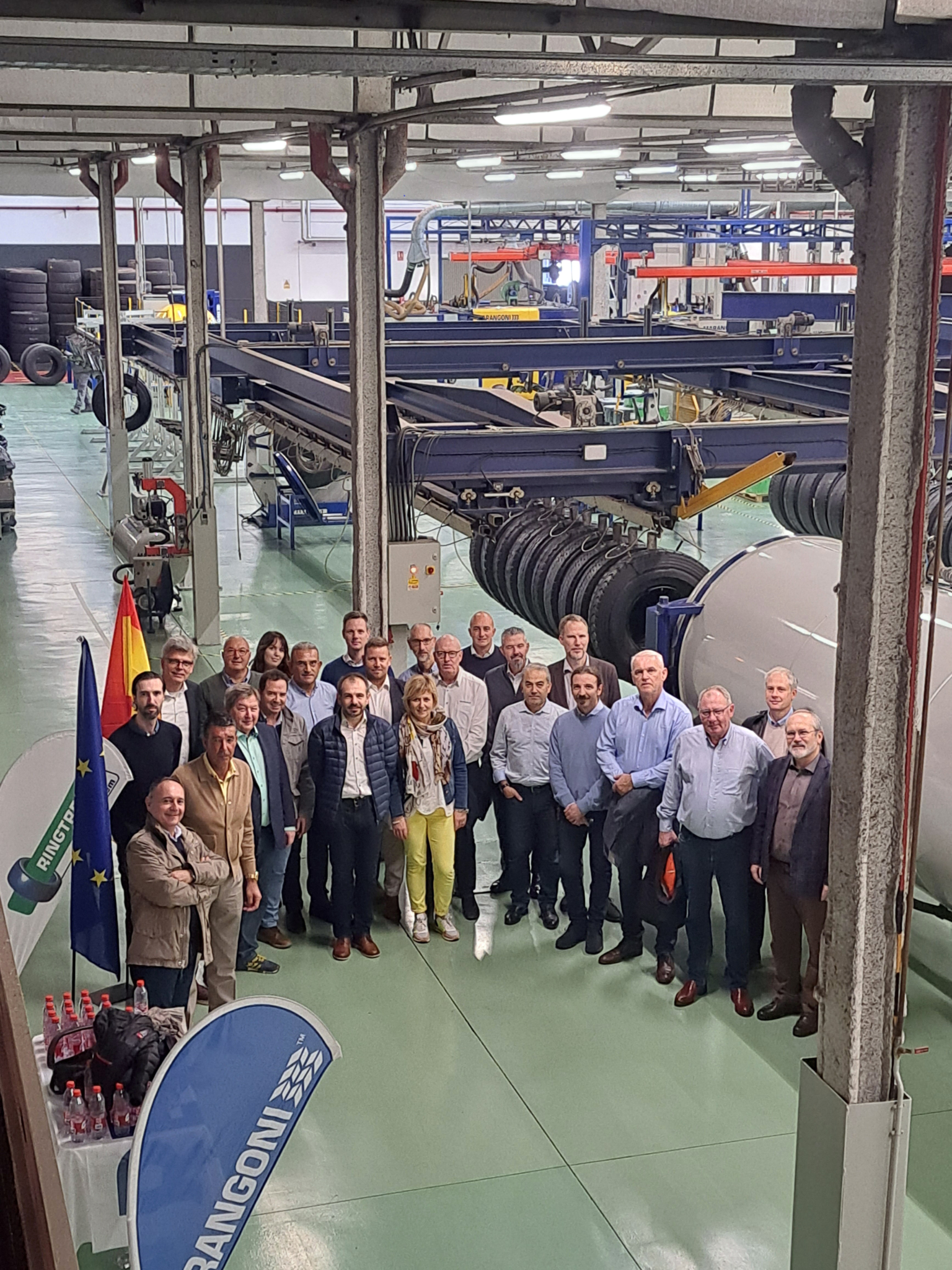 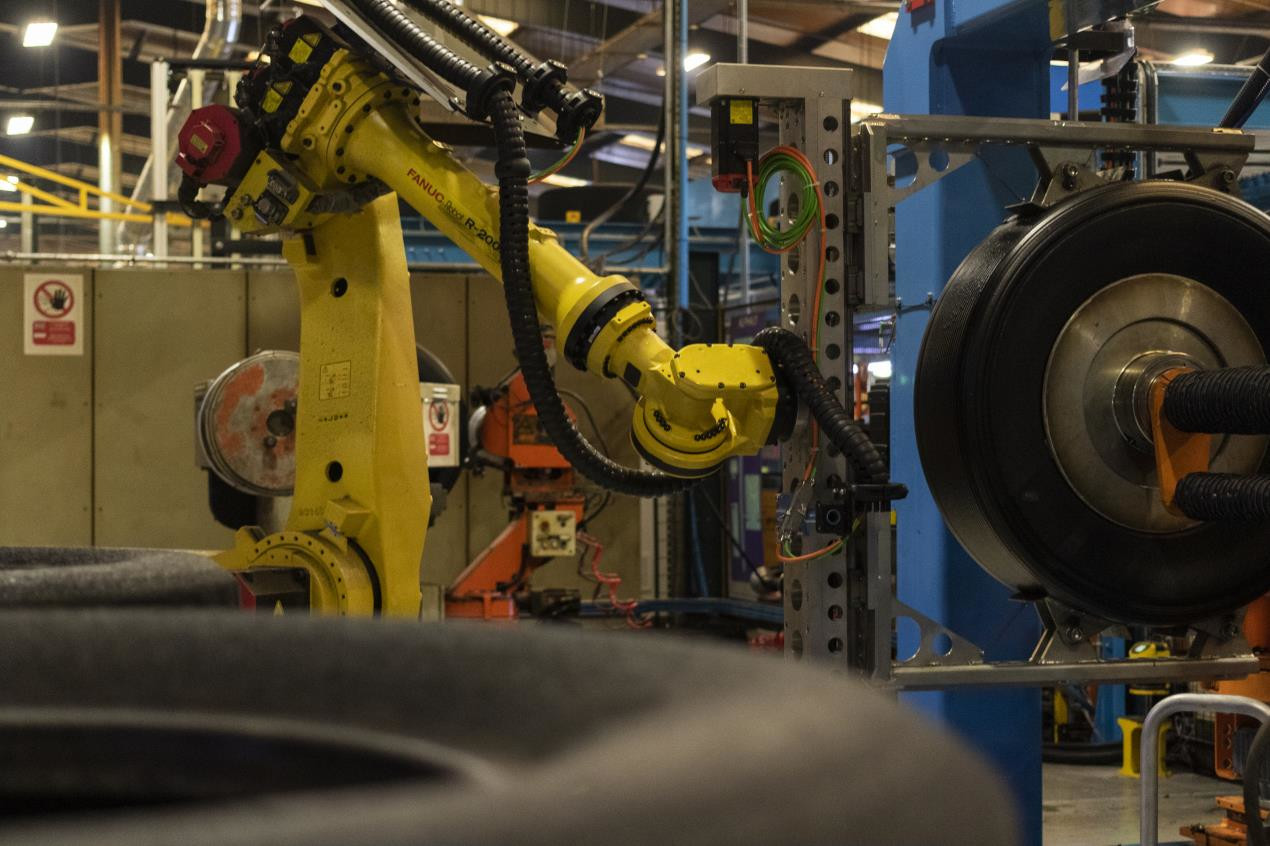 Bandvulc has invested in the installation of an Automated Build Cell (ABC) Robot at the Ivybridge plant. Head of Hot Retread Production at Bandvulc, Tony Mailling, explained how the upgrade has increased efficiency: 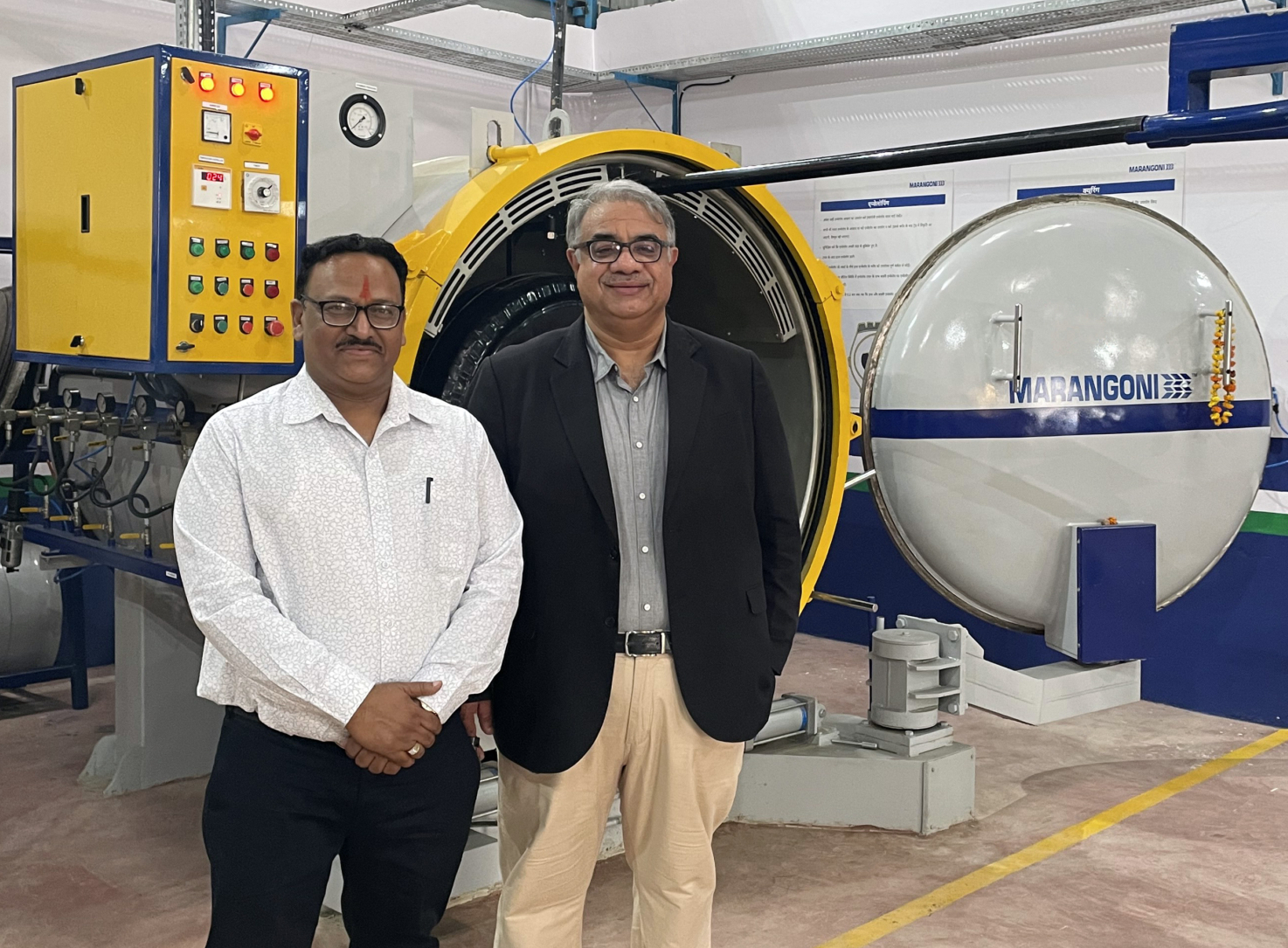 Marangoni Group started its Franchising operations in India in mid-2018. Recently, the company established its first exclusive franchisee in North India. Manoj Tyres, an existing retreader at Kanpur, operates in one of the largest tyre markets in India in Uttar Pradesh (UP). Manoj tyres was sourcing retreading material from two leading Indian retreading companies before switching exclusively to Marangoni India. One result of the partnership is that a new greenfield facility has been commissioned with new equipment, including Marangoni’s RingTreader RT920. 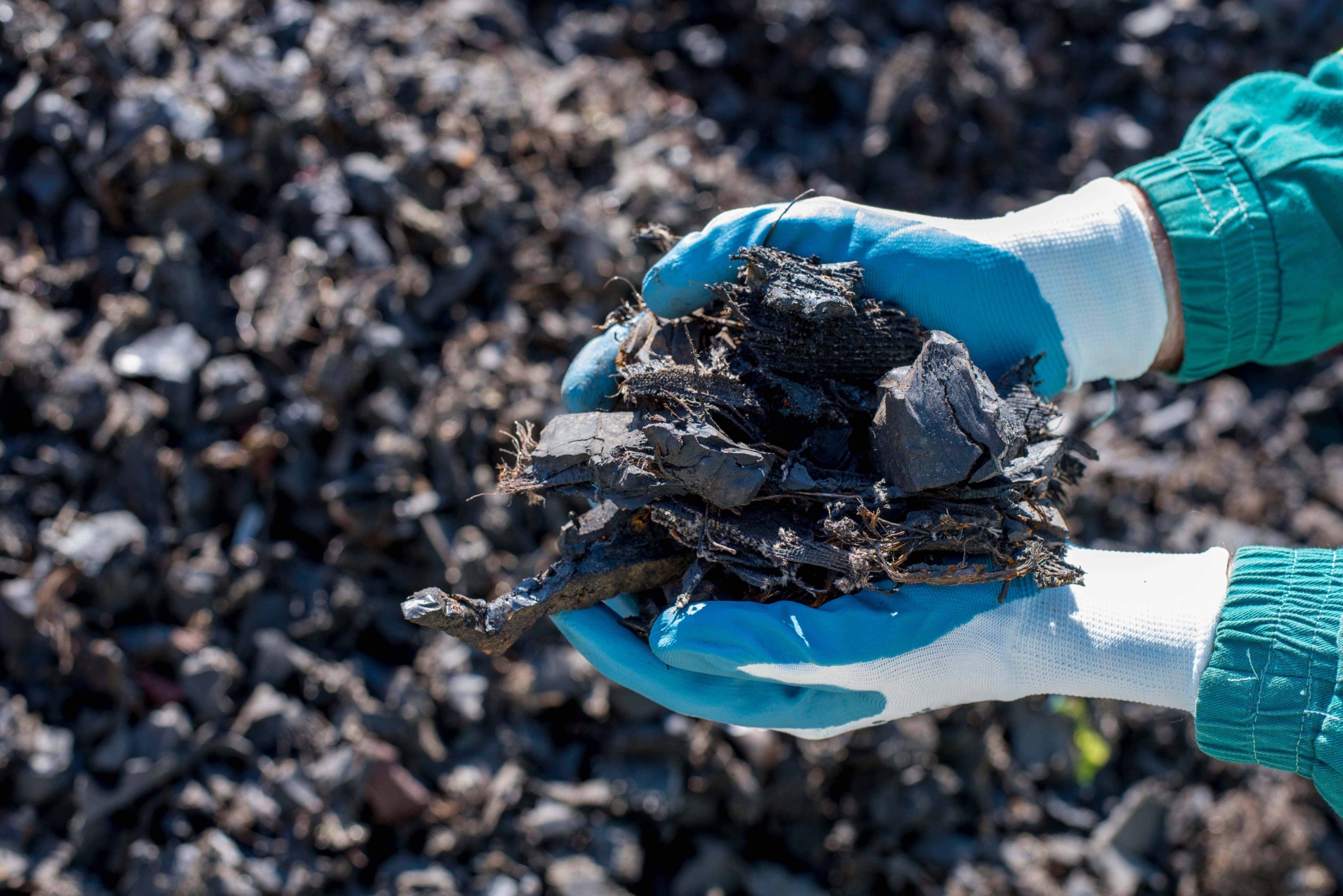 Greenval Technologies has announced plans to invest 20 million euros in the construction of tyre pyrolysis/energy generation plant in Aspe, Spain. The facility is scheduled to start running in 2023 and will generate more than 100 jobs during construction plus 30 ongoing jobs at the facility. Aspe City Council is said to be already studying the proposal in light of the necessary licenses. 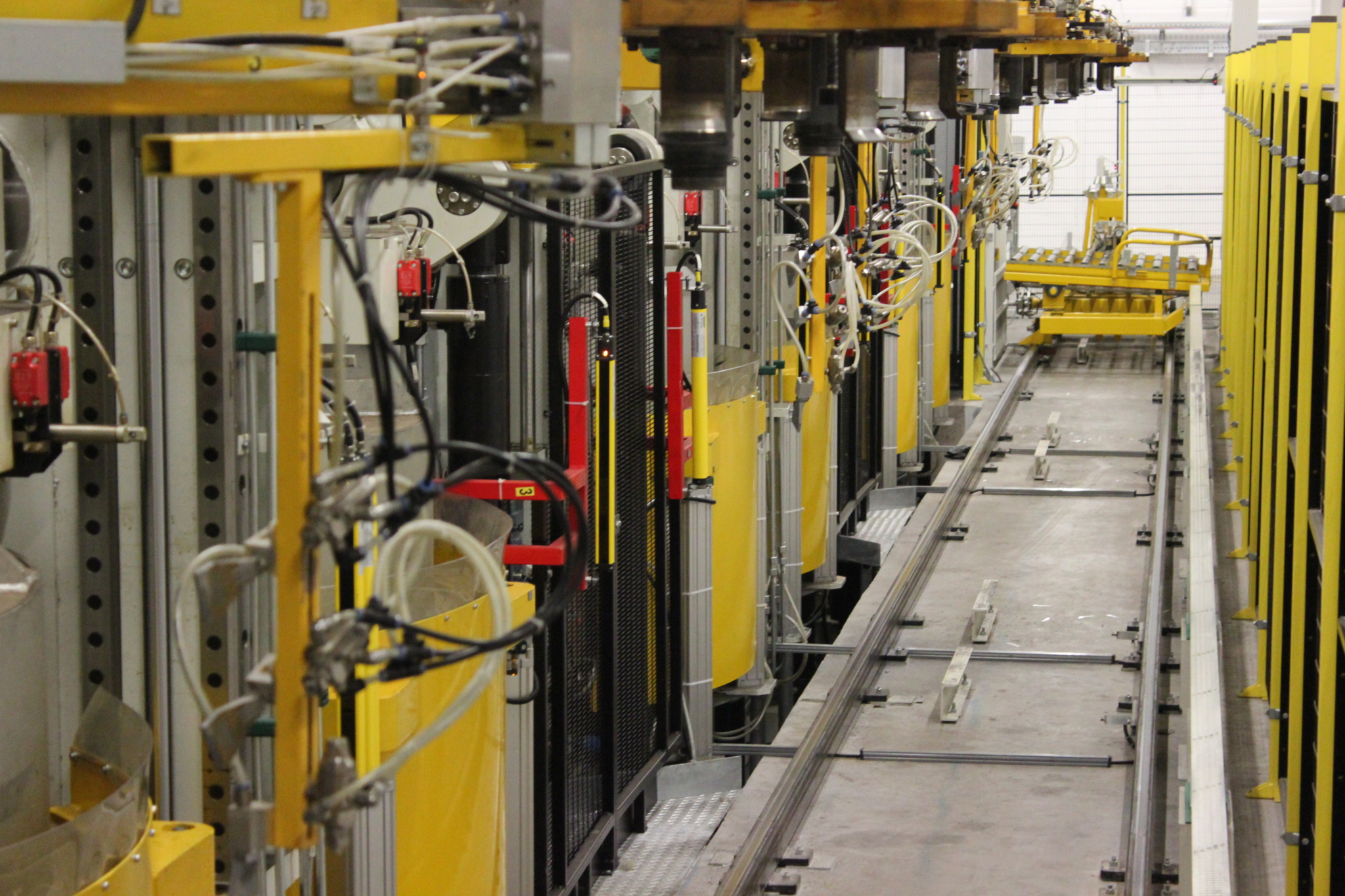 Michelin is pausing some of its retreaded tyre production for a week in October and over the Christmas period. According to the company, Michelin is “adjusting production within existing flexibility agreements due to volatile trading conditions”. However, there is no question of whether the action is related to a potential closure of the operation. Rather, company representatives were explicit: “there is no plan to close the Stoke plant”. 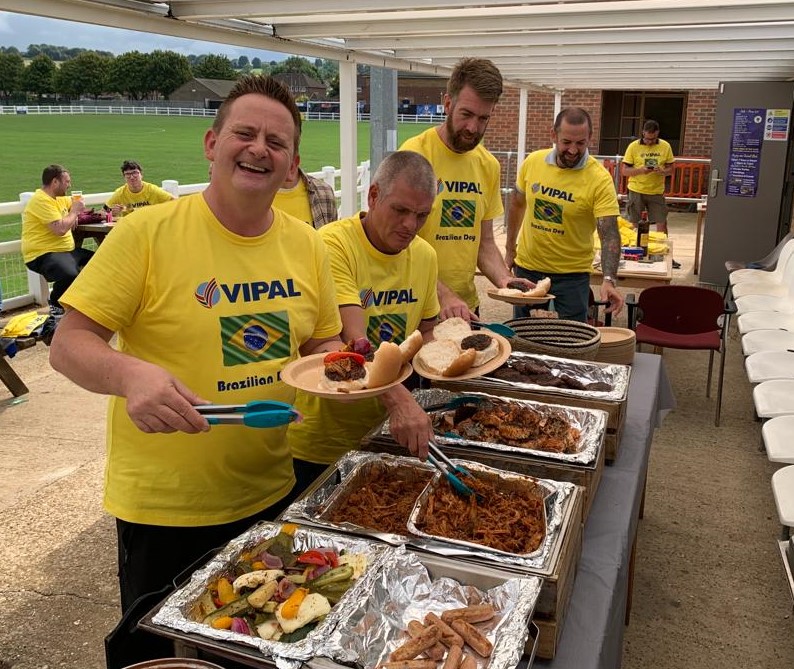 Vipal and one of its “most solid partners in Europe”, Vaculug celebrated the success of their partnership on 10 September by holding a Brazilian Day. The festive event promoted integration between Vaculug and the Vipal Rubber commercial team and was held at the headquarters of Harrowby United Football Club, in Grantham. The meeting also commemorated the bicentennial of Brazils independence, celebrated on 7 September. During the festivity, participants enjoyed a barbecue and played football, pool, and darts. Everyone was given a t-shirt prepared especially for the event in the colours of the Brazilian national flag. 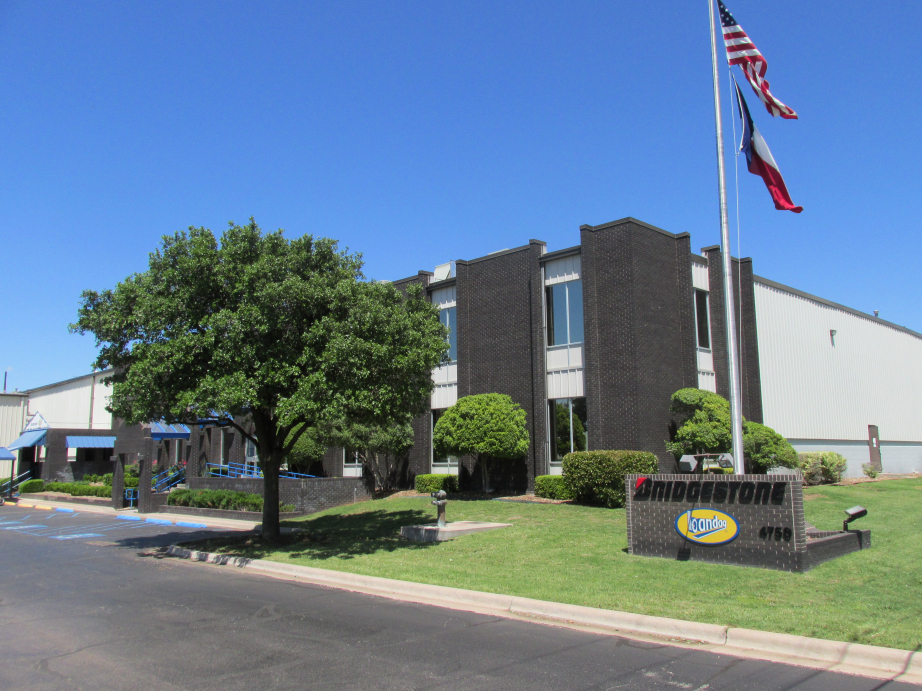 To meet demand driven by the rapid growth of its retread business, Bridgestone is investing US$60 million to expand its Bridgestone Bandag manufacturing plant in Abilene, USA. The project includes new mixing operations as well as an immediate shift to six and seven-day production schedules. The mixing facility will be operational by January 2025 and, together with the revised production cycle, will increase plant output by 16%. 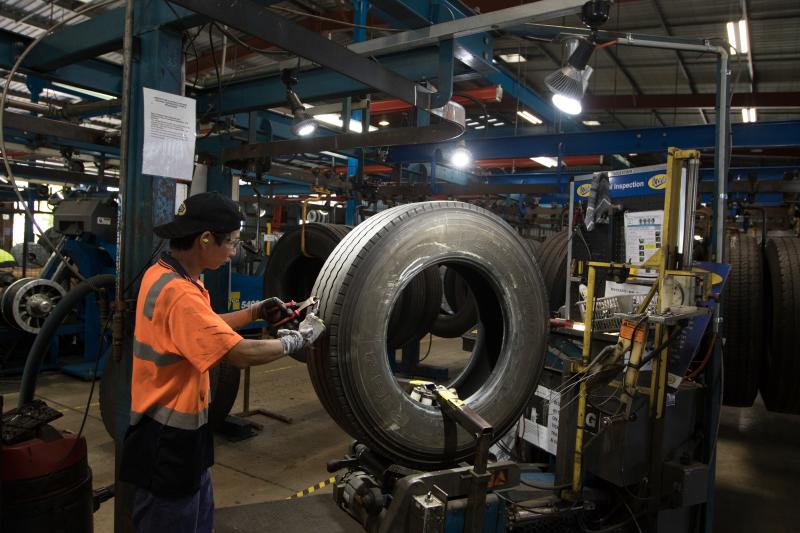 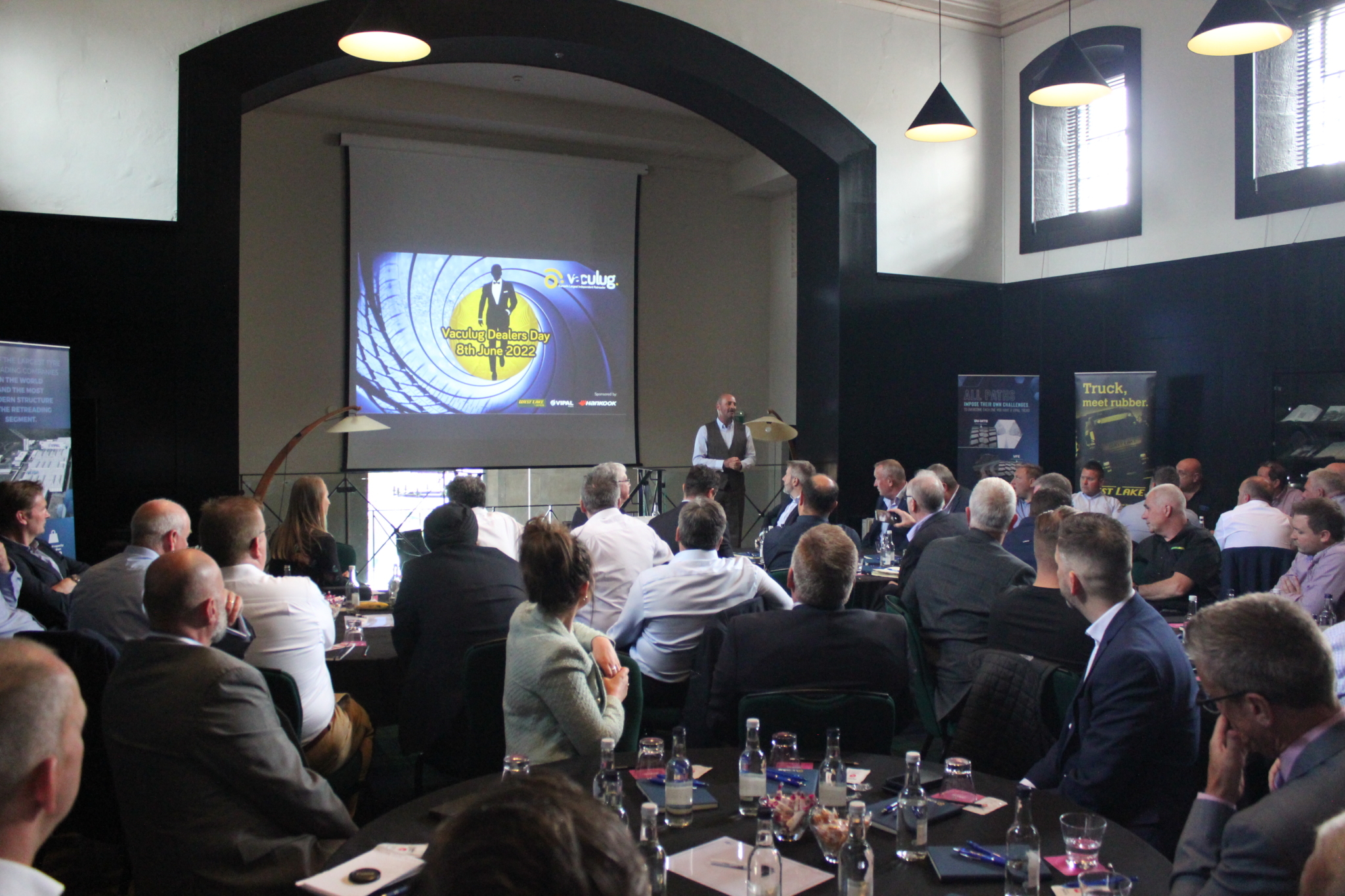 During June Vaculug invited partners, suppliers and media to a high-profile event in Oxford based at the former prison (now Malmaison hotel) and including an exclusive dinner within one of the Oxford University colleges. The overall message is clear, the company is not only reaching out in the increasingly post-Covid environment – its growing team of experienced key industry personnel is positioning itself to capitalise on the company’s status as one Europe’s largest independent tyre retreaders. 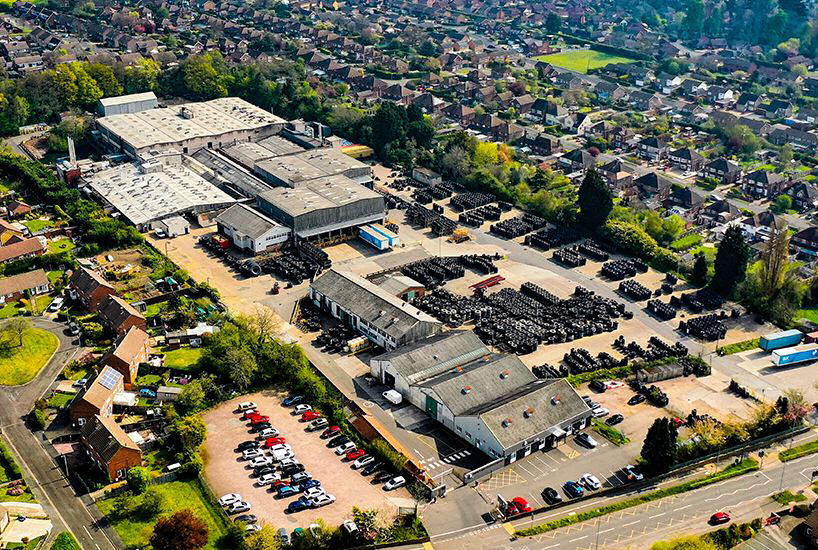 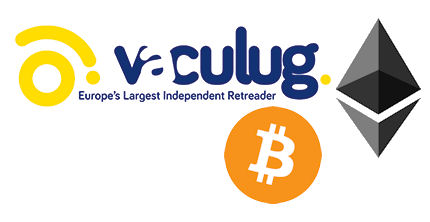 Probably a world first for Vaculug – the laregest independent retreader in Europe will now accept Bitcoin and Ethereum for all payments for tyres and related services. Vaculug will also sign its PPK and PPV fixed price contracts in CPK (Crypto per Kilometre) and CPV (Crypto per Vehicle) formats if customers want to fix or link their contracts to the price of Bitcoin or Ethereum.