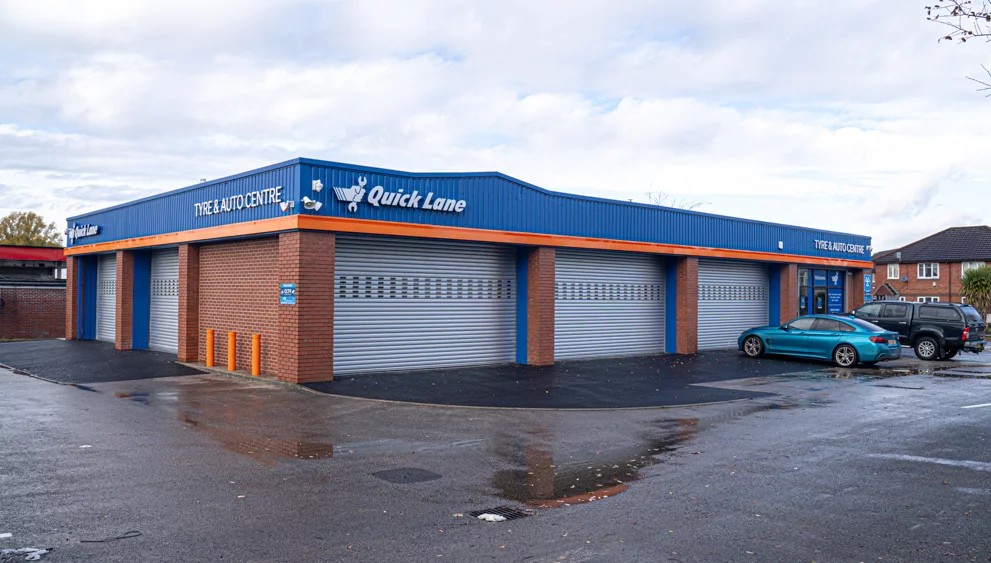 Following the publication of our run-down of the top 10 UK tyre retails on Wednesday and then our overview of positions 11 to 20 yesterday, today’s concluding part of our 2021 tyre retail landscape series takes a closer look at positions 21 to 25 on the leader board, culminating in the addition of new entry Kerr’s Tyres in 25th place. 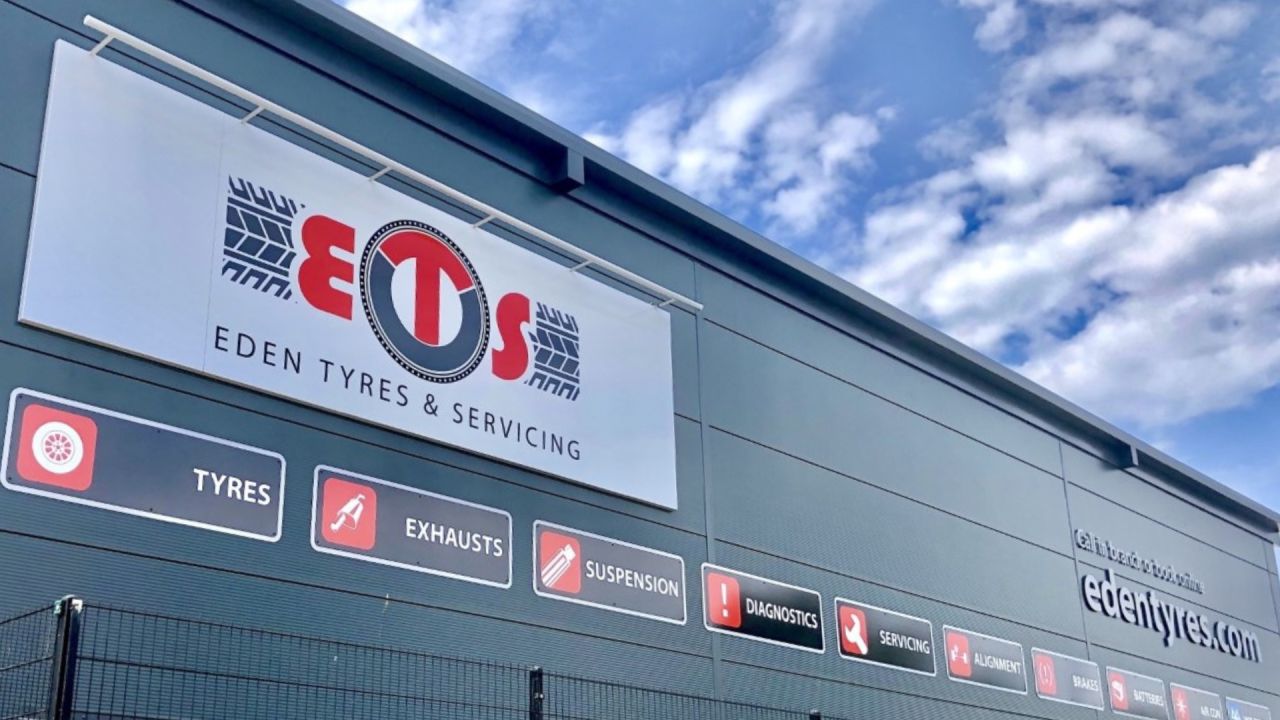 As can be seen in the top 10 table published yesterday, Halfords Autocentres remains in second place nationally in our 2021 ranking of the UK’s largest retail operations by branch count. Continuing our three-article series on this subject, today’s instalment focuses on places 11 to 20 and finds that the medium to large sized positions are increasingly being taken by autocentre style businesses that make as much money from parts and repairs as they do from tyres (and more than traditional fast fits). 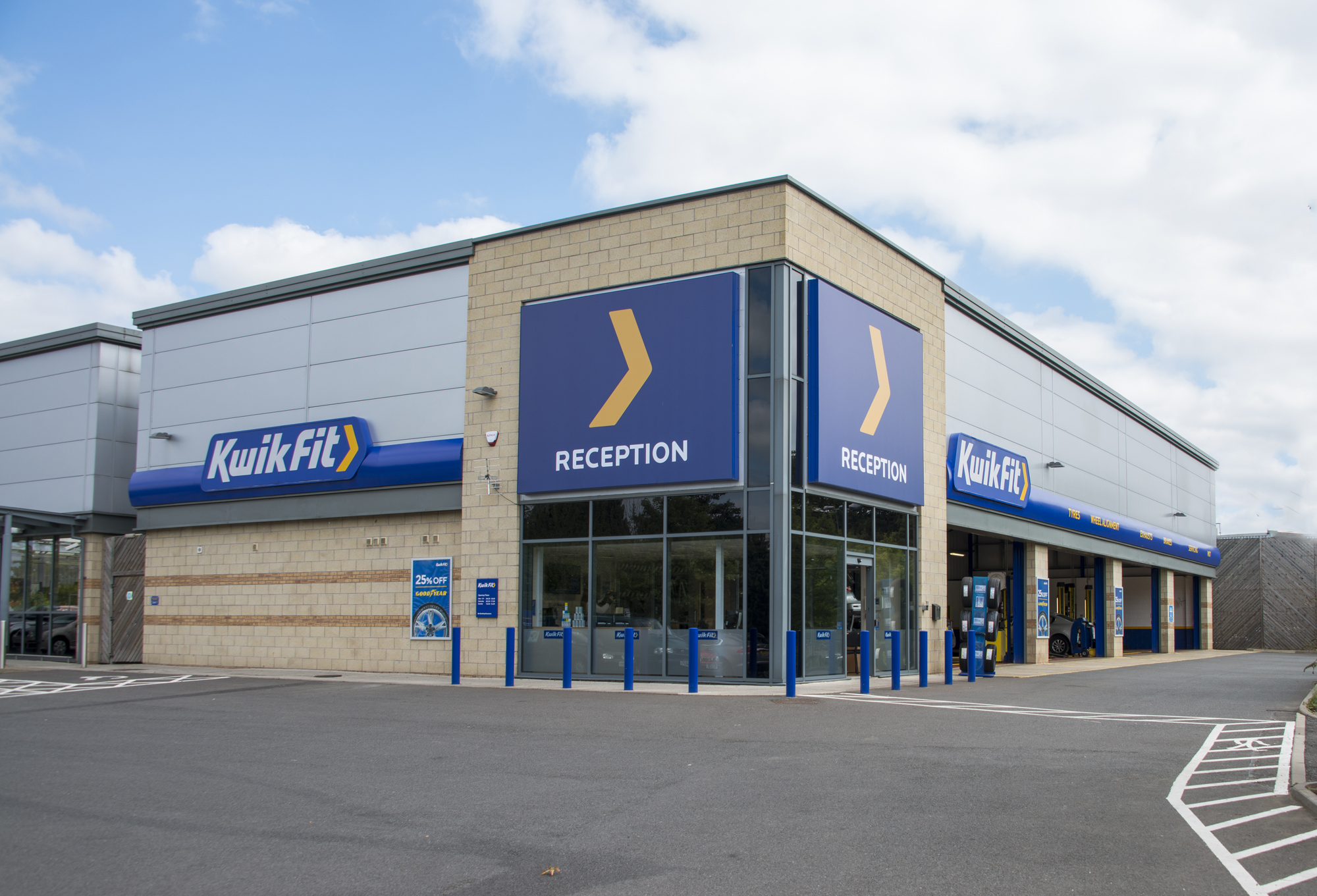 With a pandemic, an MOT extension and three lockdowns to contend with, describing the last year as “difficult” would be an understatement. Nevertheless, tyre retailers have demonstrated that they are not only key workers essential to keeping the British Isles rolling, but also versatile and resilient businesspeople during the last 12 months. A quick look at the top 25 UK tyre retail chains 2021 table reveals that it has been a more eventful year than normal in terms of branch openings and closings, but overall the clear message is one of consolidation. As a result, the top 25 UK tyre retail chains wield more power than ever. Specifically, the top 25 now run 2528 branches between them. When our coverage of this area began back at the end of the 2008/2009 tax year, the figure was 1978. During the interim, the rough estimate for the total number of tyre retailers national has stayed stable at around 10,000 specialists (that number is roughly double that if you include general garages). This means the top 25 occupy roughly 25 per cent of the number of branches, up 6 percentage points since 2009. 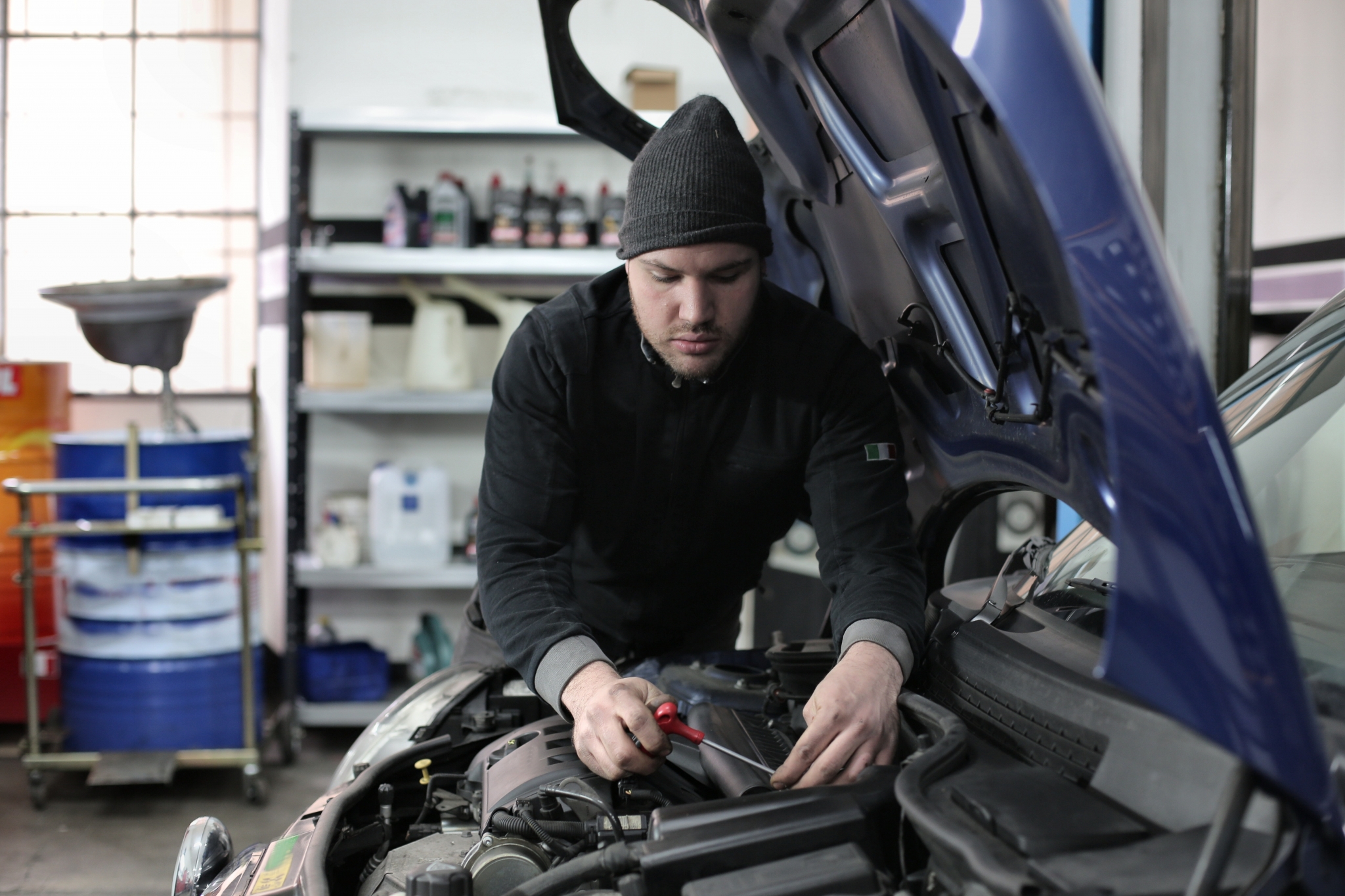 At the moment it is easy to get side-tracked by all the talk of the coronavirus. But, while it is clearly an important subject, the tyre business has a century or more of pre-history, has a present and has a future. With this in mind, May’s edition of Tyres & Accessories continues in line with the last eight years of research by counting and ranking the nation’s largest tyre retail chains. The methodology is simple, we contact companies, consult publicly available sources and use third-party data where necessary in order to triangulate our tyre retail landscape. Of course, the present circumstances may look significantly different due to the nations’ current lockdown status (see Which Garages are Open During Lockdown). However, the shape of the tyre retail business before the lockdown will surely help the retail trade strategize for its ongoing future after lockdown, making this data as actionable as ever. 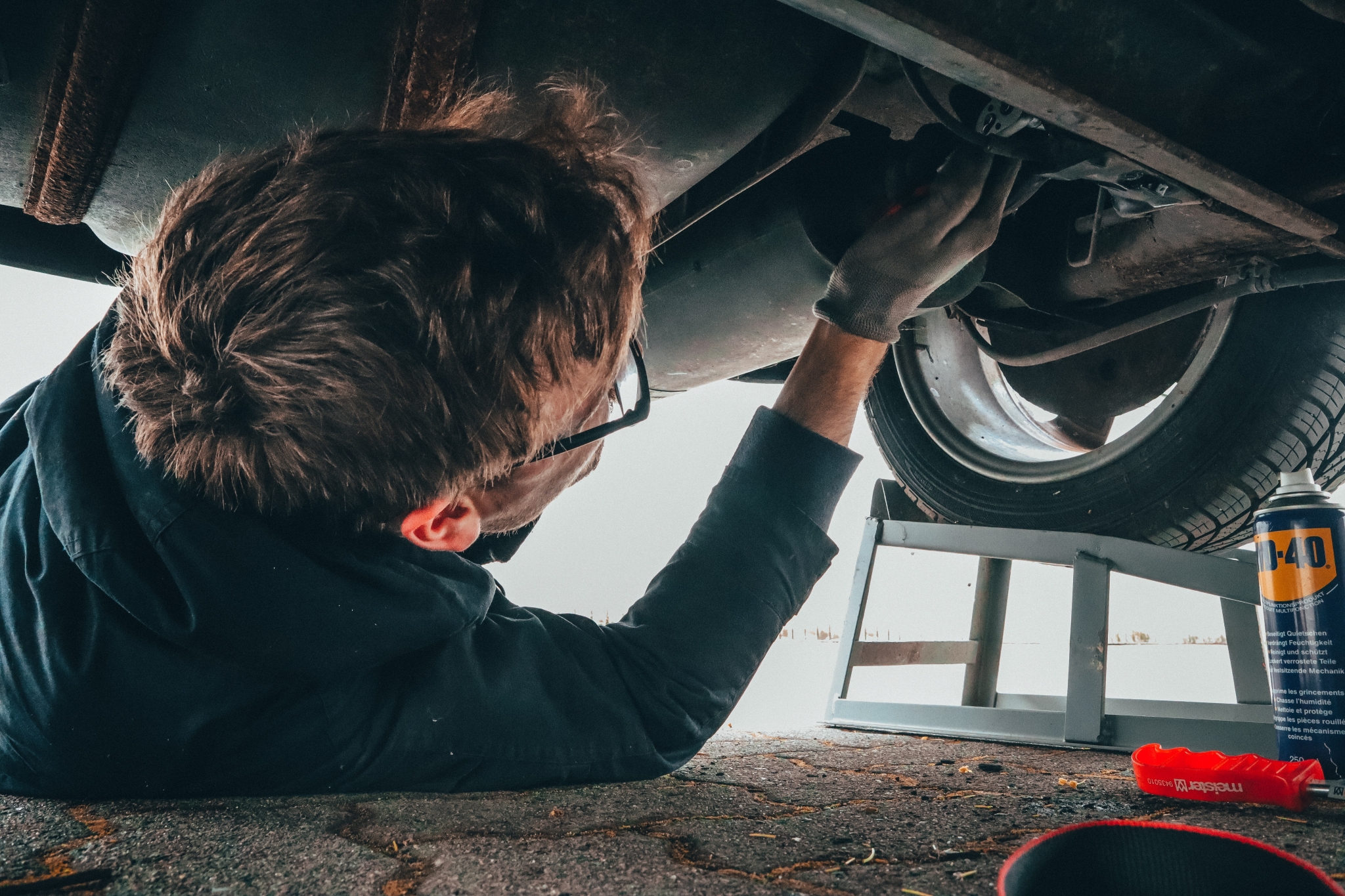 Which tyre garages are open during lockdown?

The word unprecedented has been used a lot recently. However, it is true to say that the UK tyre industry has never experienced a set of circumstances like this and hasn’t witnessed national action on this scale since the second world war.  So, which tyre garages are open during lockdown? 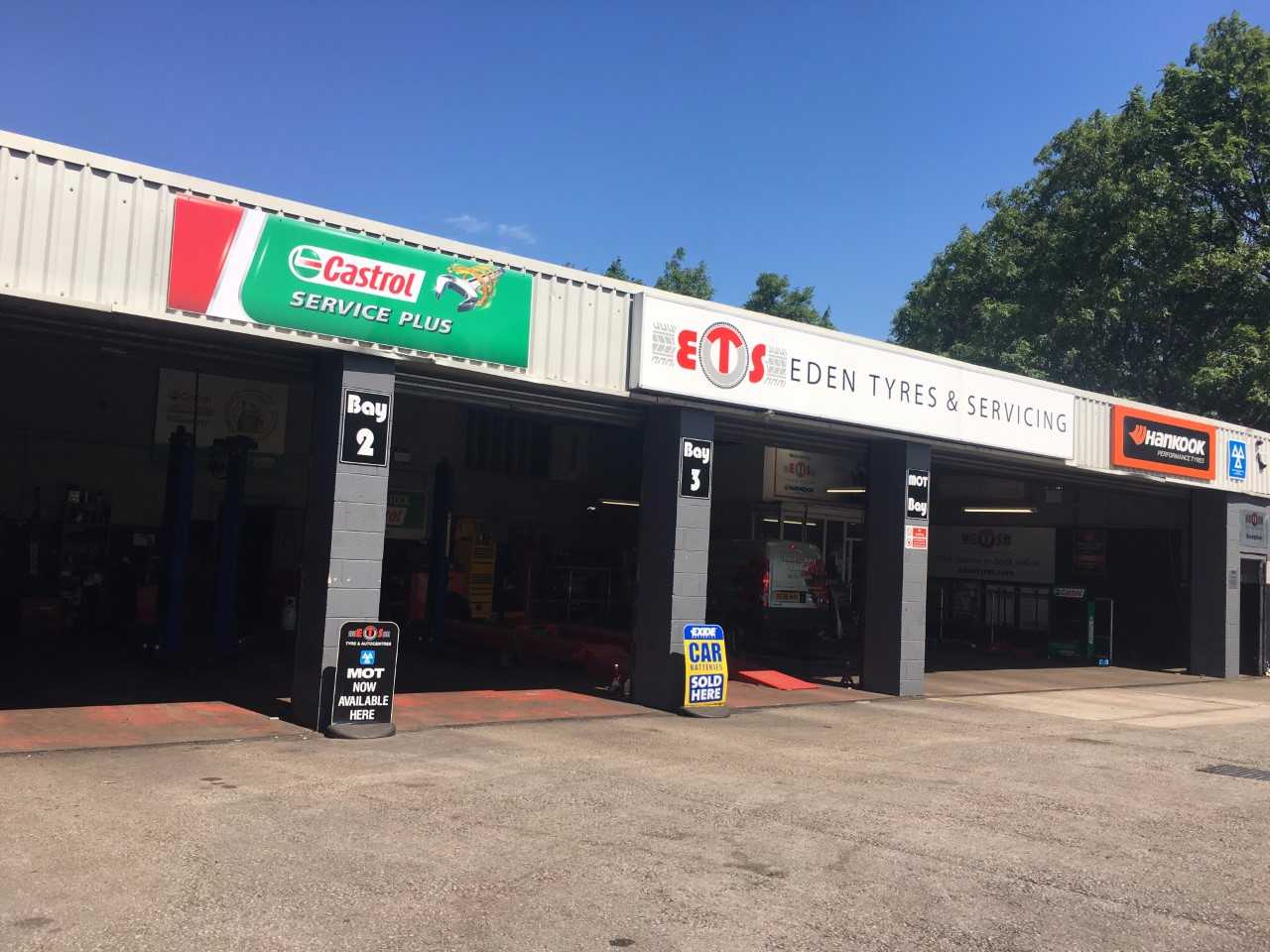 6 - 10 stability, but battle for ninth position Outside of the top five, there is a certain degree of stability amongst the remaining five companies. Those in sixth, seventh and eighth position (McConechy’s, The Tyre Group and Lodge) appear to have remained stable in terms of branch count, with 61, 58 and 40 branches respectively. However, it is worth considering all this in the context of ULM Services Ltd the fleet-orientated cooperation Universal, Lodge and McConechy’s set up during 2017. Put those three partners together and we have 119 branches and another strong contender for fifth position on the table. 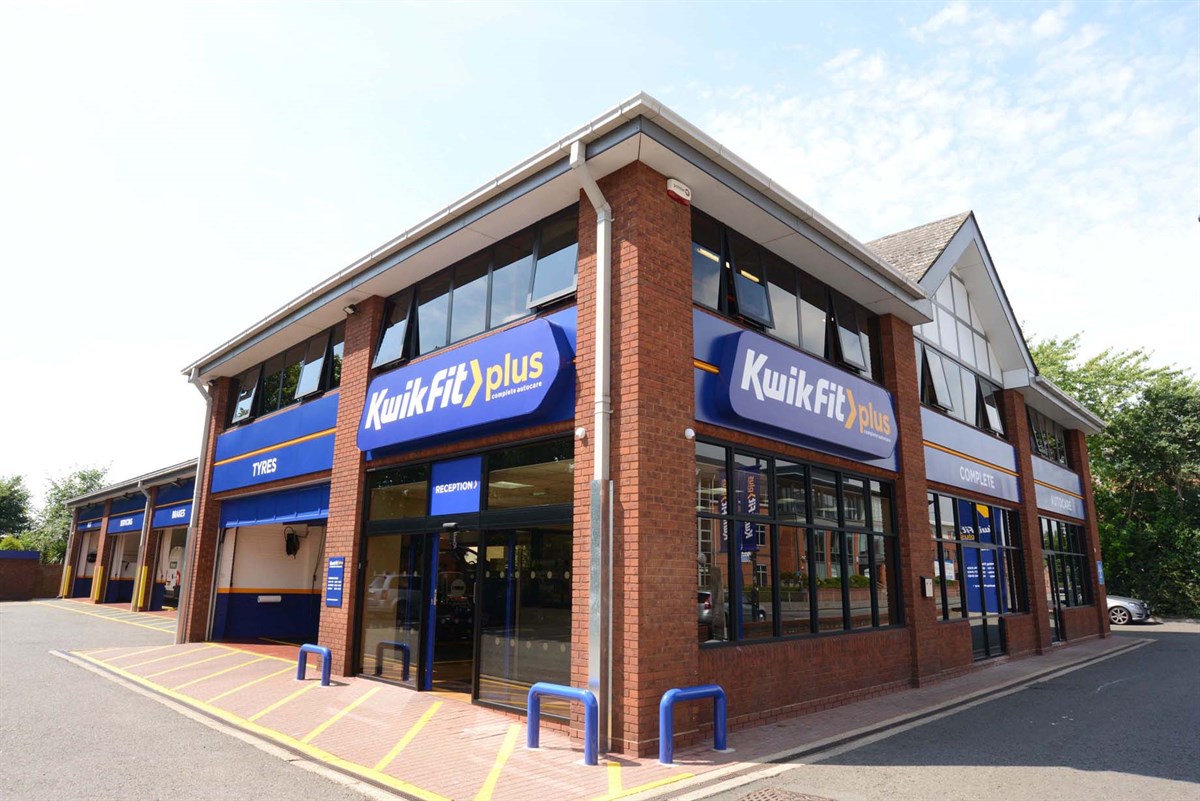 After years of expansion amongst the top 20 UK tyre retailers, the latest data shows that this trend peaked in 2017/2018 when the top 20 accounted for 2014 branches. The same 20 tyre retailers had 1980 branches between them in 2018/2019. And what’s more, the reorganisation of one retailer alone accounted for a 40-centre decline in branch count, with the overall figure remaining positive due to growth at other chains. Here Tyres & Accessories analyses the branch count data in the context of 10 years of comparable research.

In last year’s ranking of the top tyre retailers in the UK, Tyres & Accessories predicted that the pace of change in the top 20 chains by branch count would result in some jostling for position. This has proved entirely accurate, as two major acquisitions have brought two of 2017’s top 20 into the fold of higher ranked companies, leading to both Micheldever/Protyre, leapfrogging HiQ into fourth place as predicted last year, and Lodge Tyre, into the top 10 from joint-14th last year, making significant jumps in this year’s table. Most other retailers have held relatively stable positions in terms of the number of stores, while our most recent additions to the table, Eden Tyres (15 stores) and Elite Garages (13) were identified as narrowly missing out on places last year.

Close, but not yet in the top 20 – tyre retailers pushing forward

By definition, the top 20 ranking focuses its attention on the 20 largest retail chains in a given year. However, it would be wrong to assume that there aren’t equally important changes outside the top 20. Take the next five positions for example, there have also been significant changes in the fifth tier (positions 21 to 25 inclusive). And, with some 20,000 points of sale where tyres can be bought in total (including garages), all 25 positions only account for the top 10 per cent of the overall market. With that in mind, let’s take a look at those that just missed out on the attention of being in the top 20. 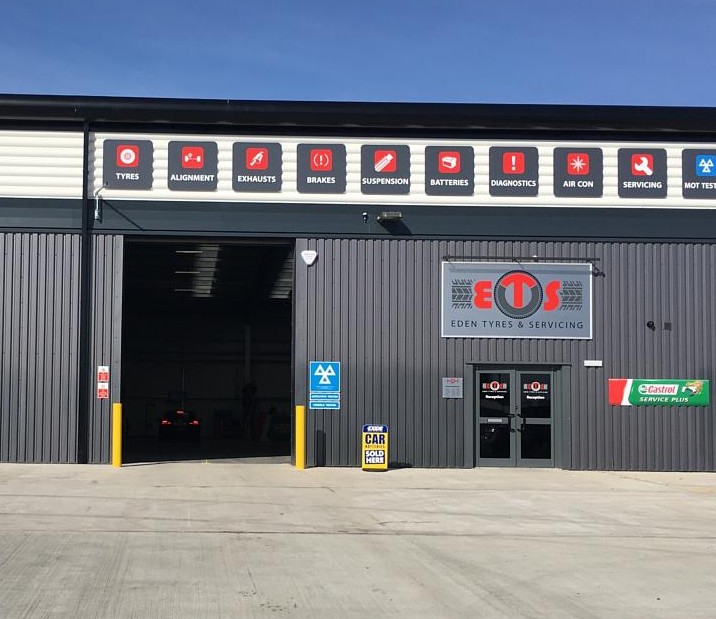 The 2017 tyre retail ranking continues the trend of recent years when it comes to the second group of five leading retail chains. For the last few years we have seen this “second tier” group grow steadily towards the top tier. 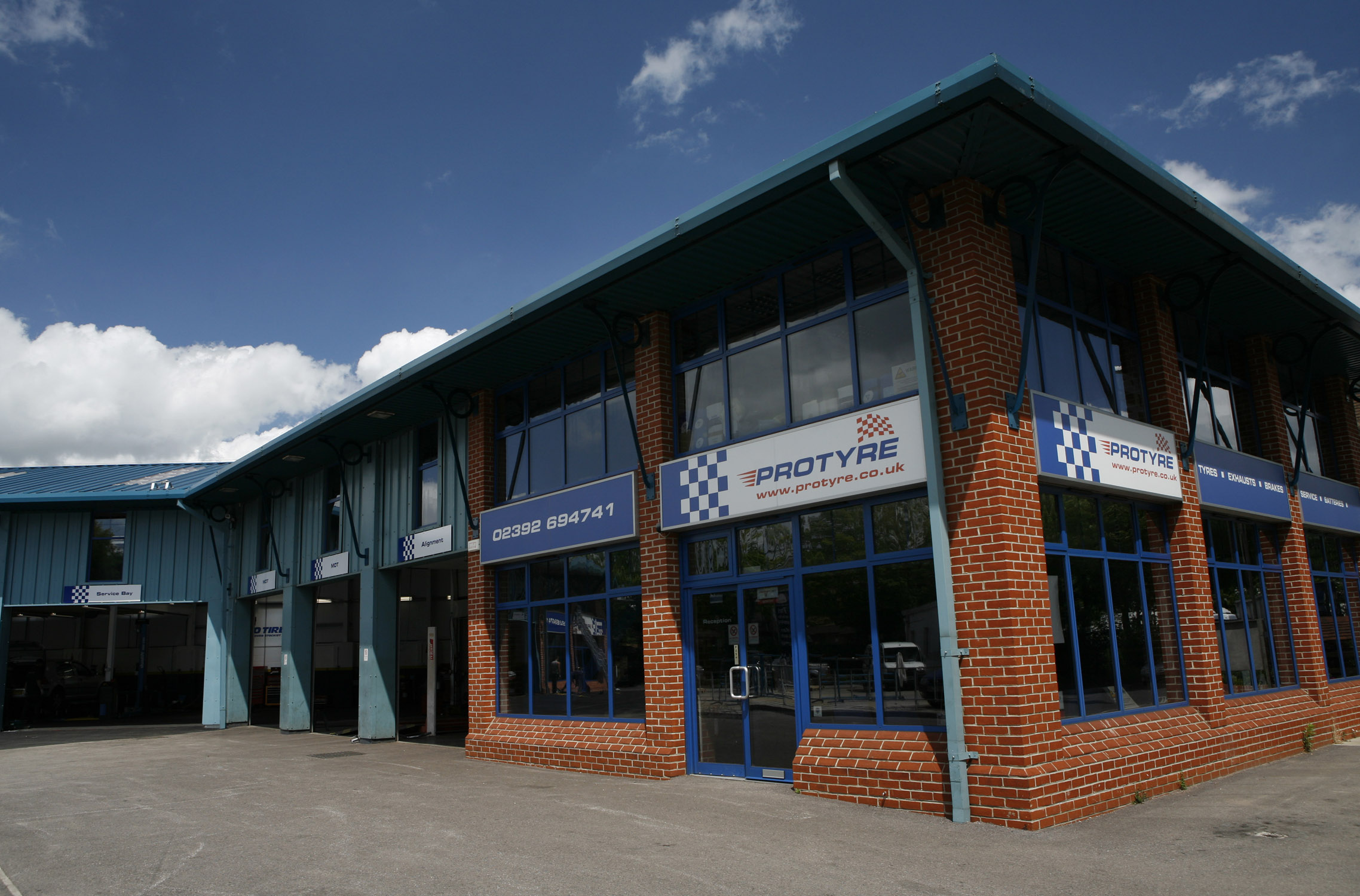 The 2017 edition of Tyres & Accessories’ annual retail report shows that the overall number of branches controlled by the top 20 retail chains continues to grow. However, that is just part of the story and the data shows that there have actually been significant movements in every tier of the top 20. Perhaps the clearest observation is that Micheldever’s Protyre retail chain is once again the fastest growing in the UK – a title it claims in 2017 for the second consecutive year. Meanwhile, Goodyear’s HiQ franchise network is the top 20’s fastest faller – something that suggests the first changes in the make-up of the top five since we started tracking the UK retail landscape could take place before the year is out. 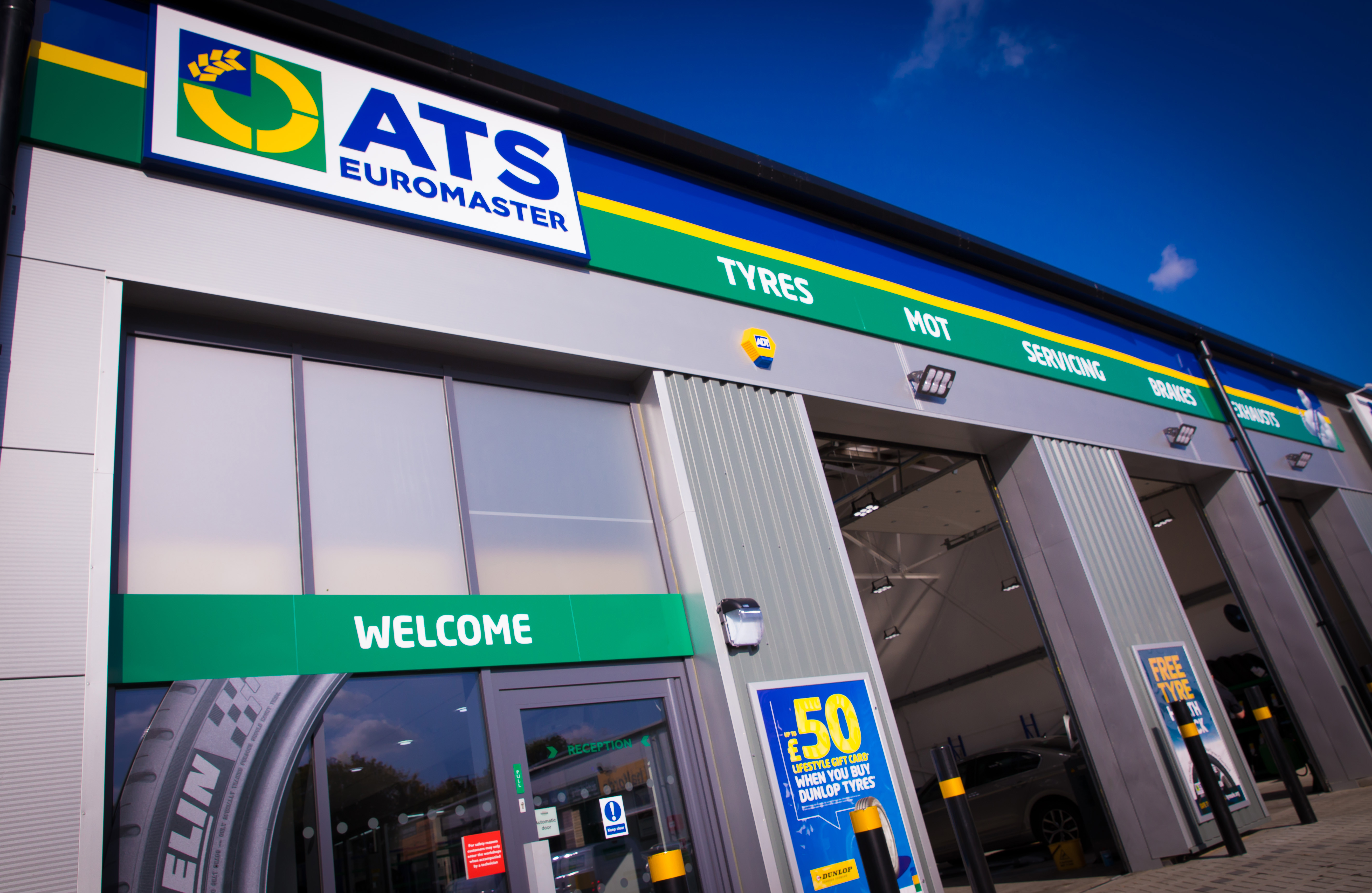 This year’s UK tyre retail ranking shows that the fastest growing tyre retailer is Micheldever’s Protyre chain, which added some 21 branches to its network in the last year – by far the fastest growth (both in terms of branch count and growth percentage) of any tyre retailer we are tracking. Nevertheless, ETEL remains the largest overall and is also the fastest faller, with the company running 9 points of sale less than in our 2014/2015 research. However, context makes a big difference, so for more on both these stories, read on.

While many of the names of the top 20 tyre retail chains will be familiar, the last year has seen the continuation of a number of so-called right-sizing and redistribution trends, especially at the bottom end of the top 15 between places (positions 11 – 15). At the same time, one or two medium sized retailers have grown significantly since the last survey, resulting in greater influence from this part of the market. At the same time as this, the total number of branches controlled by the top 20 chains continues to grow – pushing the balance of power further in the direction of those retail multiples.

Following the publication of our latest coverage of the development of tyre retail business in the UK in the May issue of Tyres & Accessories (see “Mind the gap: UK retailers continue right-sizing” online and in the print edition), it has come to our attention that one company that has grown into a significant position of influence within the market during the last few years was overlooked. 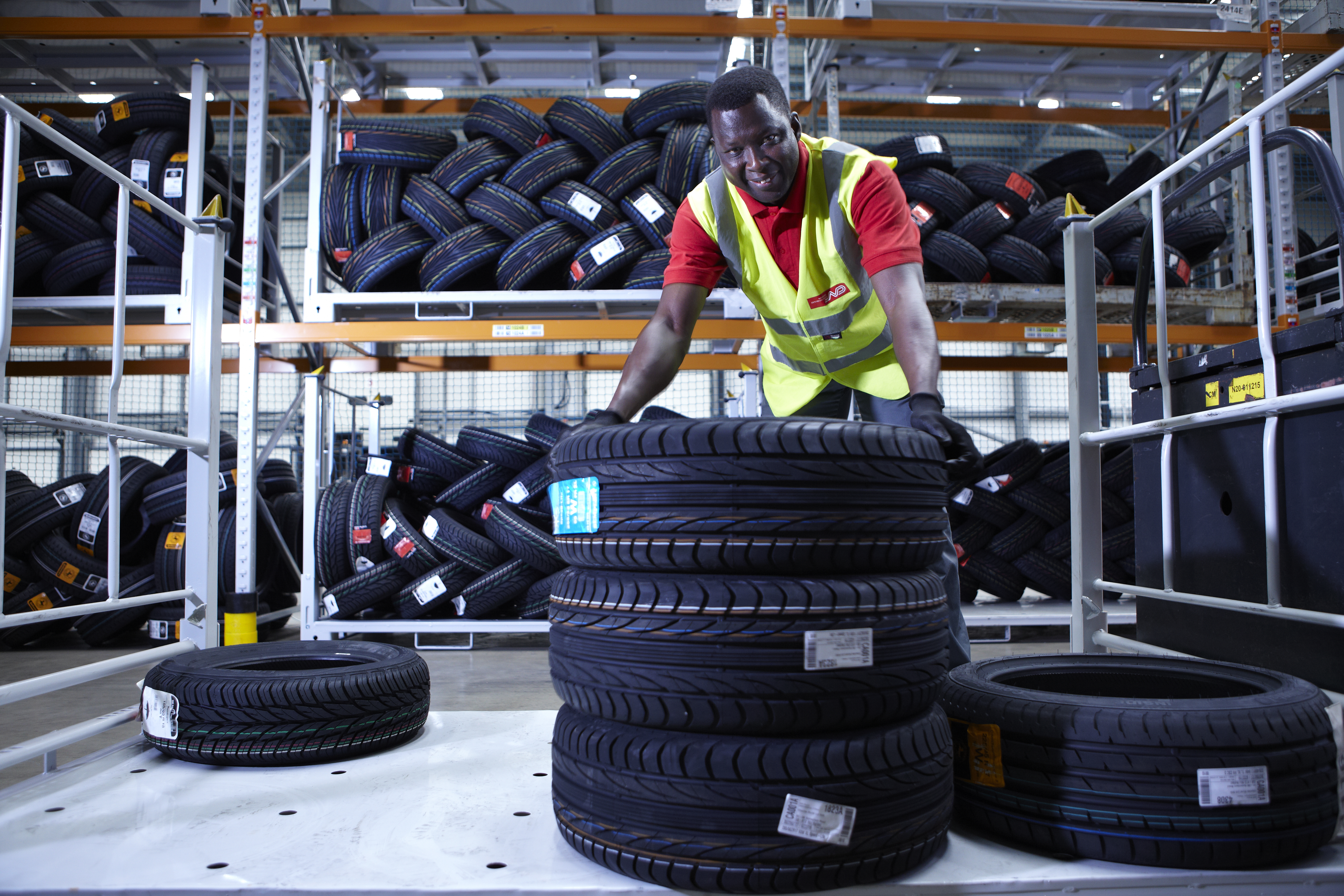 Continuing our coverage of developments in the UK tyre retail sector, Tyres & Accessories reports on the following 15 companies in its 2014 top 20 leading UK tyre retailers report. After the market leading five, the next five companies in the top 20 are the fastest growing in our ranking, and probably in the market as a whole. Like Micheldever/Protyre, McConechy’s Tyre Service has grown significantly since our last survey, adding seven branches to its number and pushing its total up to 52. This brings the company’s total back to pre-recessionary levels and could be read as another indication of improving conditions in the market. 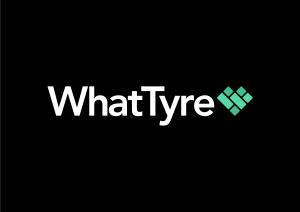