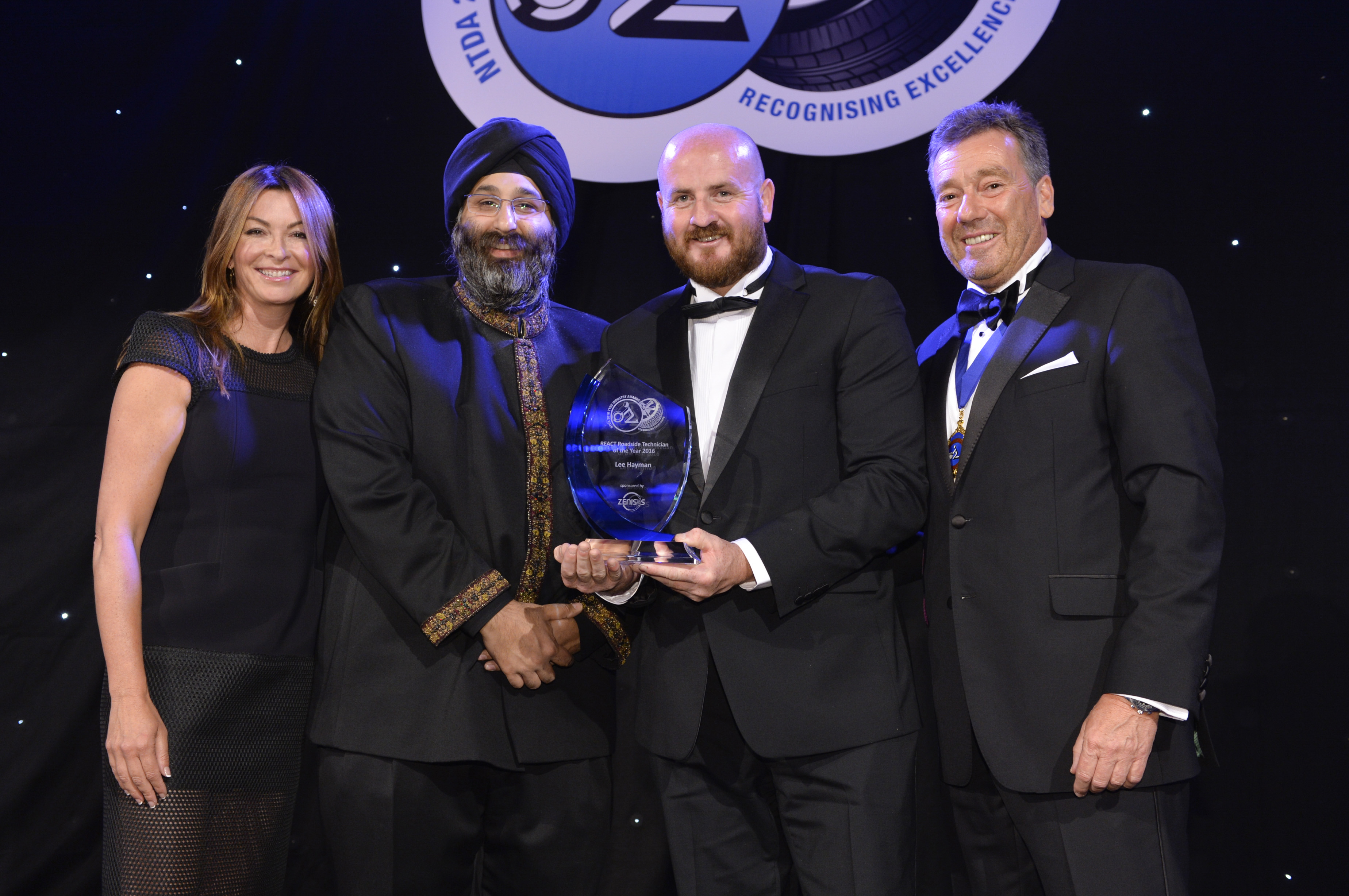 ATS Euromaster group operations director Peter Tye has expressed his “delight” at technician Lee Hayman being made the 2016 REACT Roadside Technician of the Year during the NTDA’s Tyre Industry Awards. It is the second successive time that an ATS Euromaster technician has won the award.

Hayman, who works at ATS Euromaster’s service centre in Plympton, is a mobile technician in one of more than 820 service vans operated by the tyre and vehicle maintenance provider. He joined ATS Euromaster in 2010 as a trainee, and has built a strong reputation as a confident, affable communicator, who is prepared to take tough decisions to ensure all work is carried out safely. Customers and management alike note that he has an encyclopaedic knowledge of the fleets on which he works, and his ability to develop a rapport with anyone has enabled him to retain major accounts year-on-year, as they relish the outstanding care he provides.

With qualifications from City & Guilds in every type of vehicle tyre fitting and roadside breakdown, he specialises in truck tyre management. Operating across a predominantly rural patch, Hayman manages ATS Euromaster’s largest regional customer account, Gregory Distribution, which encompasses some 500 vehicles and 900 trailers.

In addition to regular tyre management work – including fleet checks, tyre husbandry and scheduling complex work – Hayman has also attended thousands of roadside callouts in six years without incident, a testament to his commitment to ATS Euromaster’s industry-leading health and safety principles.

Stefan Hay, NTDA chief executive, said: “The quality of all of the nominees for REACT Tyre Technician of the Year 2016 was absolutely outstanding and the judges had a very difficult task on their hands. However, Lee’s achievements really stood out and we congratulate him both on his win and on becoming first among a cadre of exceptional technicians!”

Tye stated: “I’m delighted that for the second year running, ATS Euromaster has set the standard by which all mobile technicians should be judged. Lee is an outstanding example for all to follow – he has expertise and competence, an impeccable commitment to safety and an engaging personality that is loved by customers. We are delighted that the NTDA has given him the recognition he has truly earned and deserves.”

TBS signs up to e-jobsheet