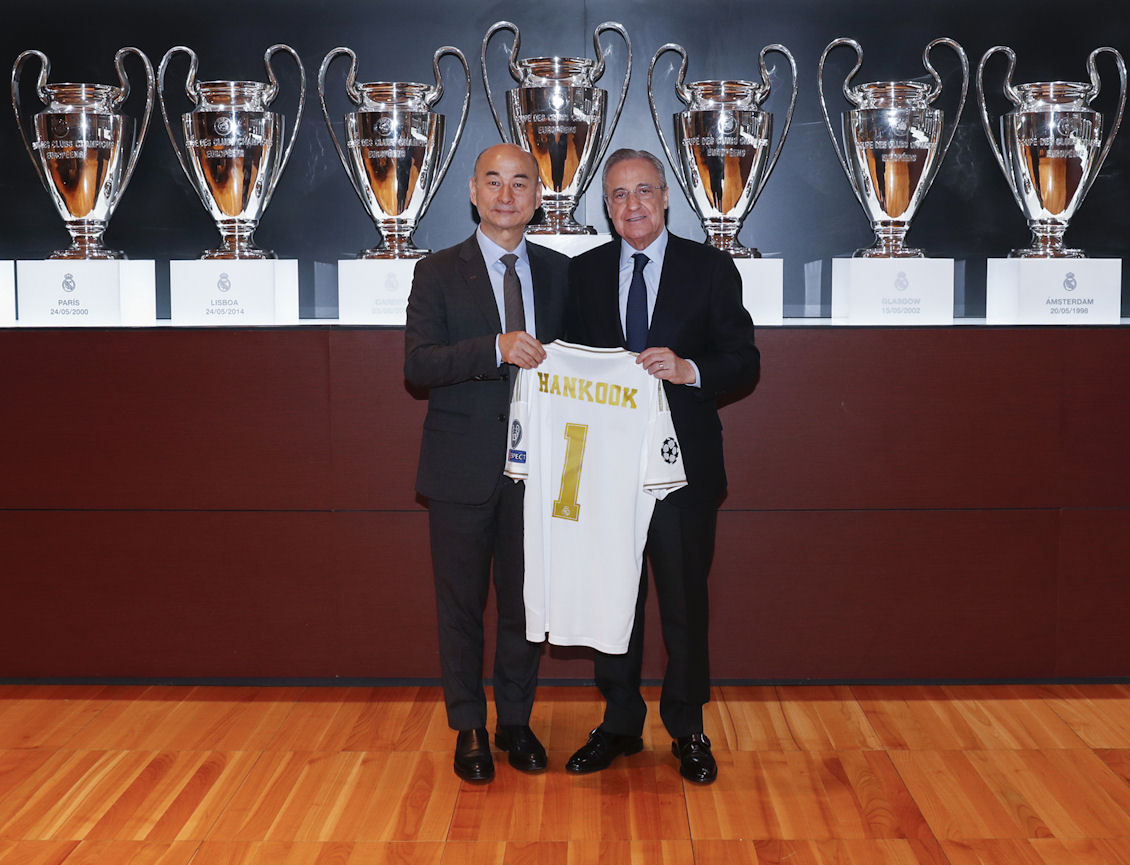 The sponsorship agreement between Hankook Tire and Real Madrid has been extended until the end of the 2022/23 season. This continued collaboration between tyre maker and Spanish La Liga football club was sealed at a ceremony recently held at Santiago Bernabéu stadium. Florentino Pérez, president of Real Madrid, and Sang Hoon Lee, Hankook Tire’s president in Europe, oversaw proceedings.

Extensions to the agreement see the tyre maker receive exclusive rights to the prominent, central LED board for the entire season. In addition, Hankook Tire gains further advertising presence within the stadium as well as via numerous online and offline activation rights.

Hankook Tire and Real Madrid began their partnership in 2016. During the event, Sang Hoon Lee expressed his satisfaction with the agreement: “We are proud to extend our strategic alliance with one of the best football clubs in the world for another four seasons. Over the past three and a half years, Hankook and Real Madrid have grown together. Shared values and the relentless pursuit of excellence have inspired fans of both brands worldwide.”