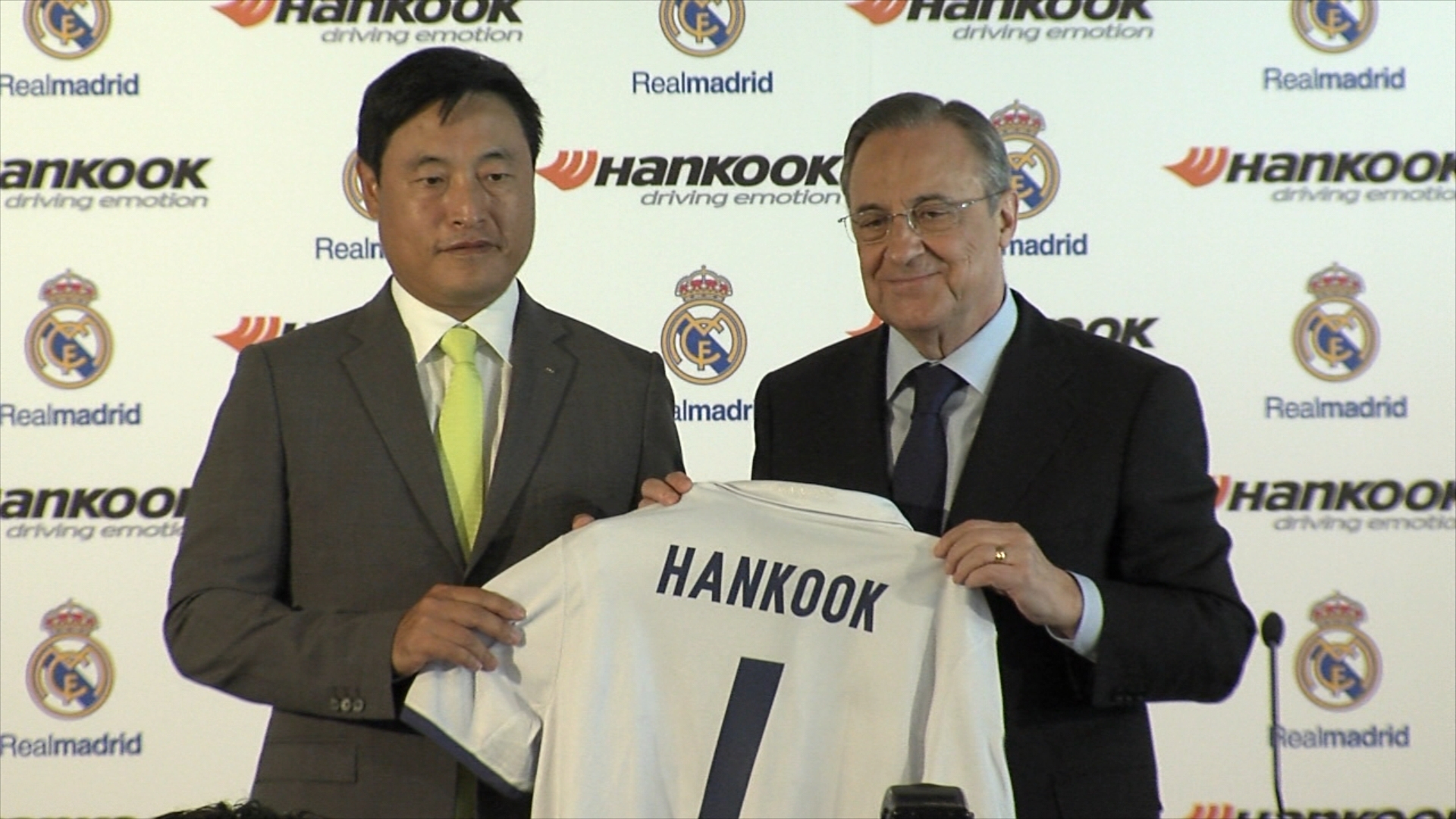 Hankook has signed a three-season global partnership contract with Real Madrid. The deal, which began in July 2016, was marked by a contract signing at the globally famous team’s Santiago Bernabéu stadium, where Hankook’s advertising has been visible on perimeter hoardings in 2016/17 season home games. Hankook Tire worldwide president and CEO Hyun Shick Cho and Real Madrid CF president Florentino Pérez were joined by members of the first team squad for the occasion. The Korean manufacturer said the partnership adds 450 million Real Madrid fans from different global markets, allowing Hankook to strengthen its engagement and reach out to consumers around the world.