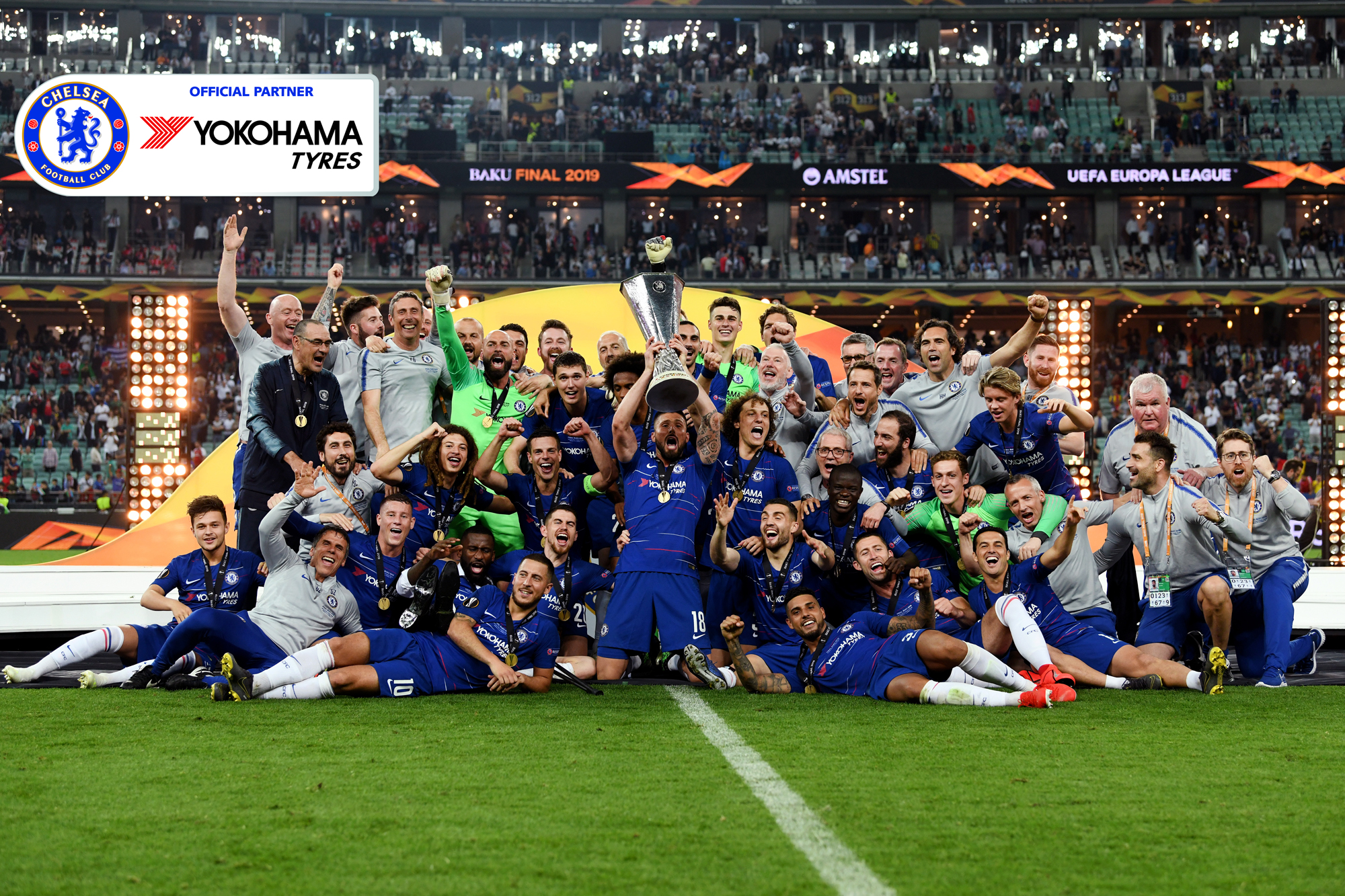 Yokohama is celebrating the success of Chelsea FC in the UEFA Europa League, for which the tyre manufacturer is shirt sponsor. The club’s emphatic 4-1 win against London rivals Arsenal in Wednesday’s match in Baku, Azerbaijan gave Chelsea its sixth European trophy and its first with Yokohama’s name on its shirt. A global television audience, including free-to-air coverage in the UK, provided Yokohama with increased brand visibility, the company states.

“Our congratulations go to everyone at Chelsea football club,” remarked David Seward, managing director, Yokohama HPT. “It’s been fantastic to follow the team throughout the season and we’re proud to see them bring home the silverware once again. We look forward to continuing to support Chelsea at their matches both home and abroad next season.”

Prior to the start of next season, Chelsea FC will travel to Japan this summer to play J.League champions Kawasaki Frontale at the International Stadium in Yokohama on Friday 19 July, further reinforcing the global nature of the partnership between Chelsea FC and Yokohama tyres.

Chelsea chairman, Bruce Buck commented: “It is going to be an exciting summer for the club and we are looking forward to working closely with our valued partners at The Yokohama Rubber Company to make this a visit to remember.”