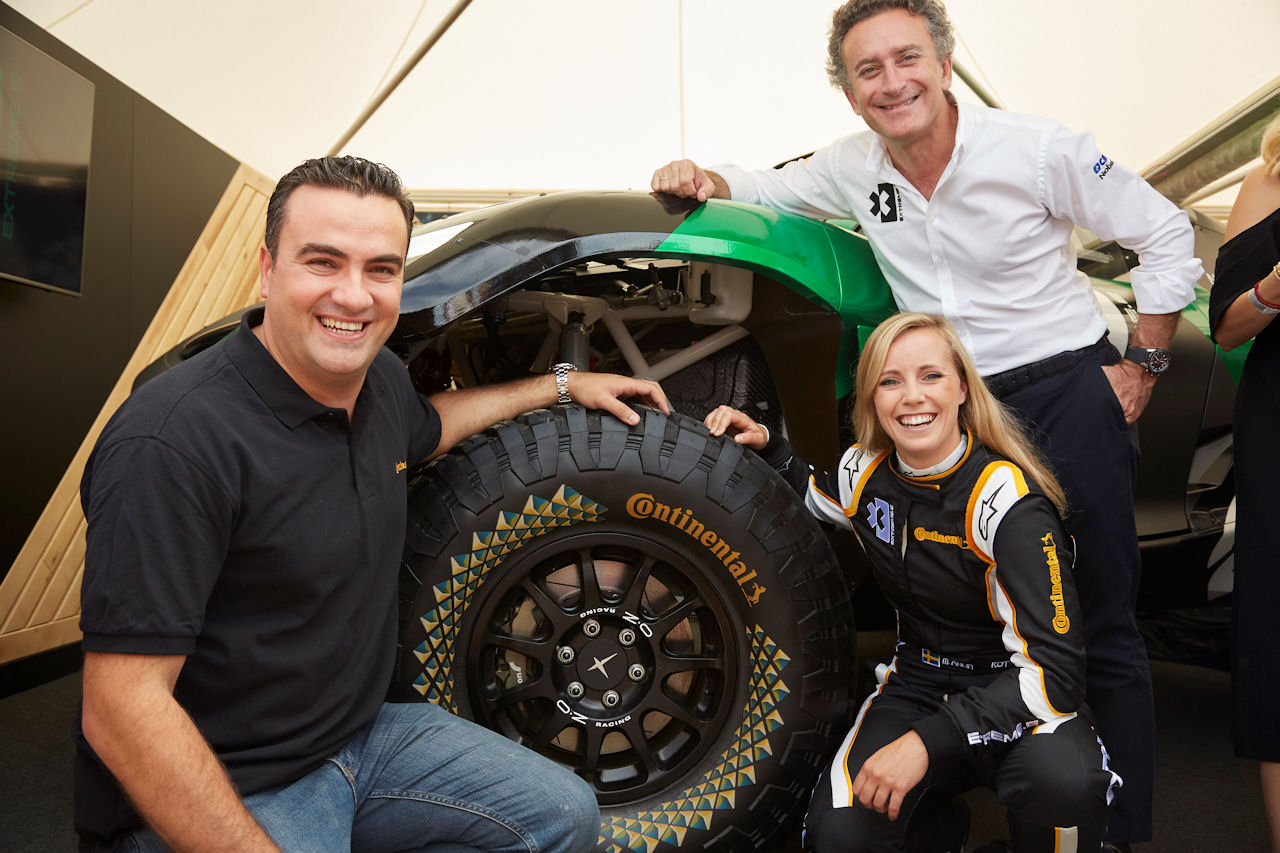 The two Continental tyre types specially developed for the Extreme E off-road racing series have made their global debut at Goodwood Festival of Speed. Designed for the world’s toughest driving conditions, the new summer and winter tyres were presented to the public along with the electric SUV on which they are to tackle some of the most extreme locations across the globe.

“With our high-performance tyres for the Extreme E series we are providing the drivers with very high grip for acceleration, braking and precision handling on what will be very demanding tracks and trails,” says Tansu Isik, head of marketing EMEA at Continental. “The tyres will be perfectly adapted to the electric SUVs in this series, so as to ensure the best possible vehicle control and safety, even at the ragged edge.”

Prototype testing of the Odyssey 21 electric SUV has now begun in earnest ahead of the inaugural championship in 2021, with Continental – a founding partner of the Extreme E series – providing substantial tyre technology contributions. Each Extreme E team will receive two sets of summer and winter tyres.

“The Extreme E-SUV Odyssey 21 is unlike anything else in motorsport,” comments Alejandro Agag, founder and chief executive officer of Formula E. “The cutting-edge technology and the tyre design that Continental has developed has resulted in a stunning car capable of the highest performance in the toughest and most varied environments on the planet. Whether it’s in the Arctic, Himalayas, Amazon, Sahara or on Indian Ocean Islands, this car will showcase the ability of E-SUVs, not only to motorsports enthusiasts but also to consumers who are looking to make their own difference to the planet by choosing an electric SUV.”

Located in the parkland around Goodwood House in West Sussex, the Goodwood Festival of Speed is a celebration of motorsport and car culture. This is where fans can see powerful cars and bikes as they take on the Hillclimb track and can enjoy access to vehicles ranging from classic to cutting-edge. Continental comments that with an eye on the glories of the past, the Goodwood Festival of Speed is the “perfect location to unveil the promising future of motorsport with Extreme E.”

All Extreme E teams must use the same set of standardised equipment, created and assembled by motorsport manufacturer Spark Racing Technology, equipped with a battery manufactured by Williams Advanced Engineering and Continental tyres.