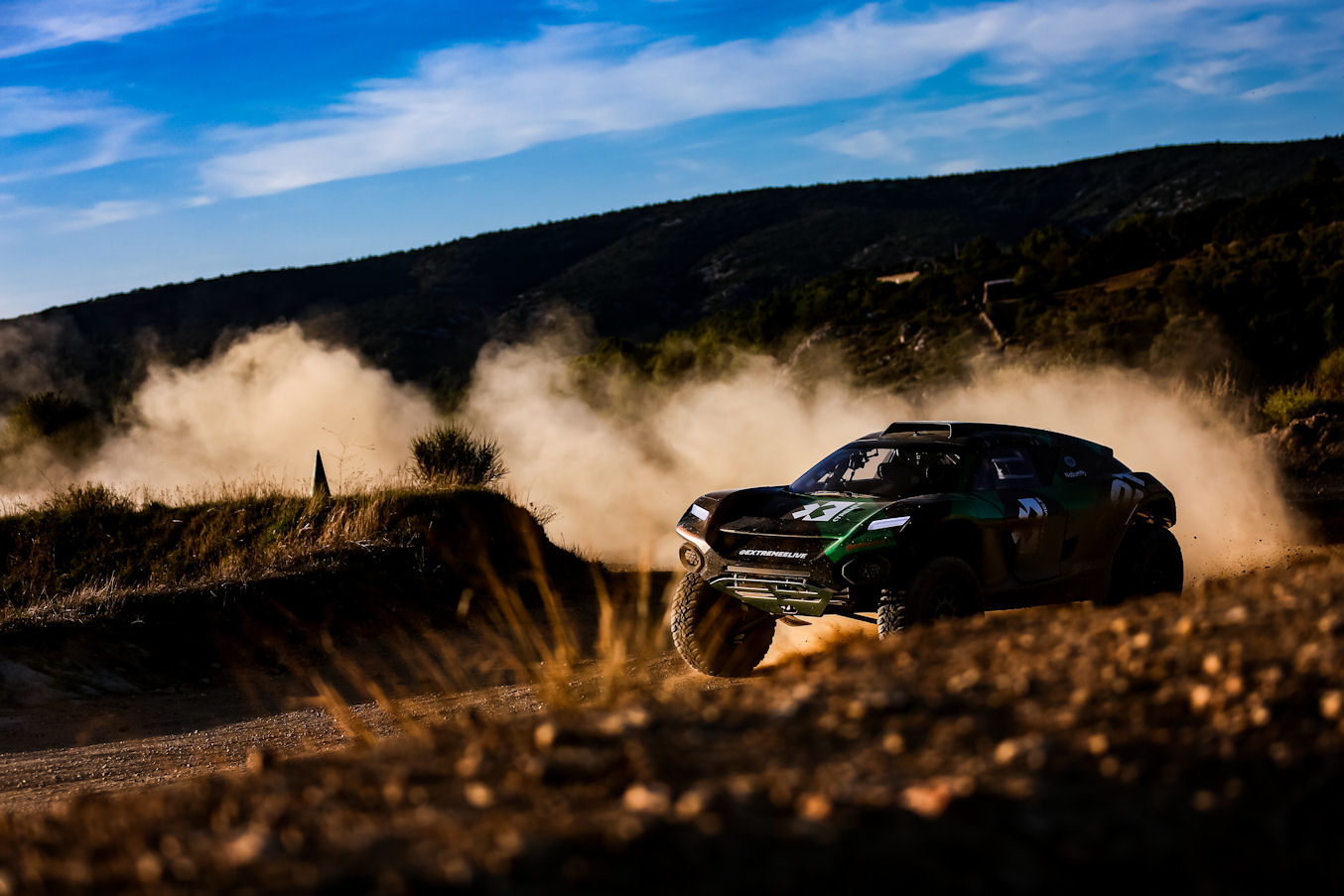 Continental looked at how its tyres worked with the Extreme E car (Photo: Shivraj Gohil)

Testing for the Extreme E off-road electric racing series began earlier this month at the Château de Lastours off-road proving grounds in the south of France. One question the tested aimed to answer during proceedings was how well the car and tyres work together. They also looked into any potential weaknesses in the electric race car’s physical and technical design, not least in its motor. The tests lasted several days and were run by Continental, tyre supplier to Extreme E, and Spark Racing Technology.

“The off-road conditions here are perfect and the entire team can’t wait to get out there and finally put the cars through their paces,” said racing driver Mikaela Åhlin-Kottulinsky, who was tasked with testing the Continental tyres. “The tests will show how close we are to achieving our vision of an off-road electric racing series in some of the remotest locations in the world.” She added: “Overall, I’m pretty confident that the results will be positive.”

Continental was named an Official Partner of the Extreme E off-road electric racing series in January 2019. The races will take place all over the world in locations – rainforest, desert, the freezing Arctic, high altitude and ocean islands – that have been chosen to raise awareness of the environmental issues facing humanity. Vehicles and equipment will be shipped between race locations that include the Arctic, the Himalayas, the Amazon and the Sahara on the dedicated Extreme E base ship, the 6,767 GT, diesel-powered St Helena.

Promoters Formula E Holdings Ltd. expect ten teams to take part in the first season, which is scheduled to begin in December 2020. Continental is already a series Founding Partner and will become a Premium Partner in 2021. The technology company will also equip all the vehicles involved in the races with tyres for the diverse and extremely demanding conditions that they will encounter.

One of the main goals shared by Extreme E’s founders, partners and participants is to raise awareness among spectators of the challenges facing society as a whole, such as climate change, humankind’s interaction with the environment and the protection of threatened animal and plant species.

“This new racing format is an opportunity for us to show that our high-performance tyres keep delivering even under extreme conditions,” comments Continental’s Extreme E project leader, Sandra Roslan. “But Extreme E is also a radical new initiative for raising awareness of the challenges facing the modern world. It is this unconventional mix of adrenaline, entertainment and sustainability that makes this series so exciting. That is why we became Founding Partners and sponsors of the series in January and why we are really looking forward to the test phase.”

Three further episodes of Continental’s Extreme E video series ‘Beyond the Extreme’ were filmed during testing. Providing behind-the-scenes insights into the world of Extreme E, these short films are presented by test driver Mikaela Åhlin-Kottulinsky and will be available on Continental’s YouTube channel.

Michelin most searched tyre brand on Google in Europe