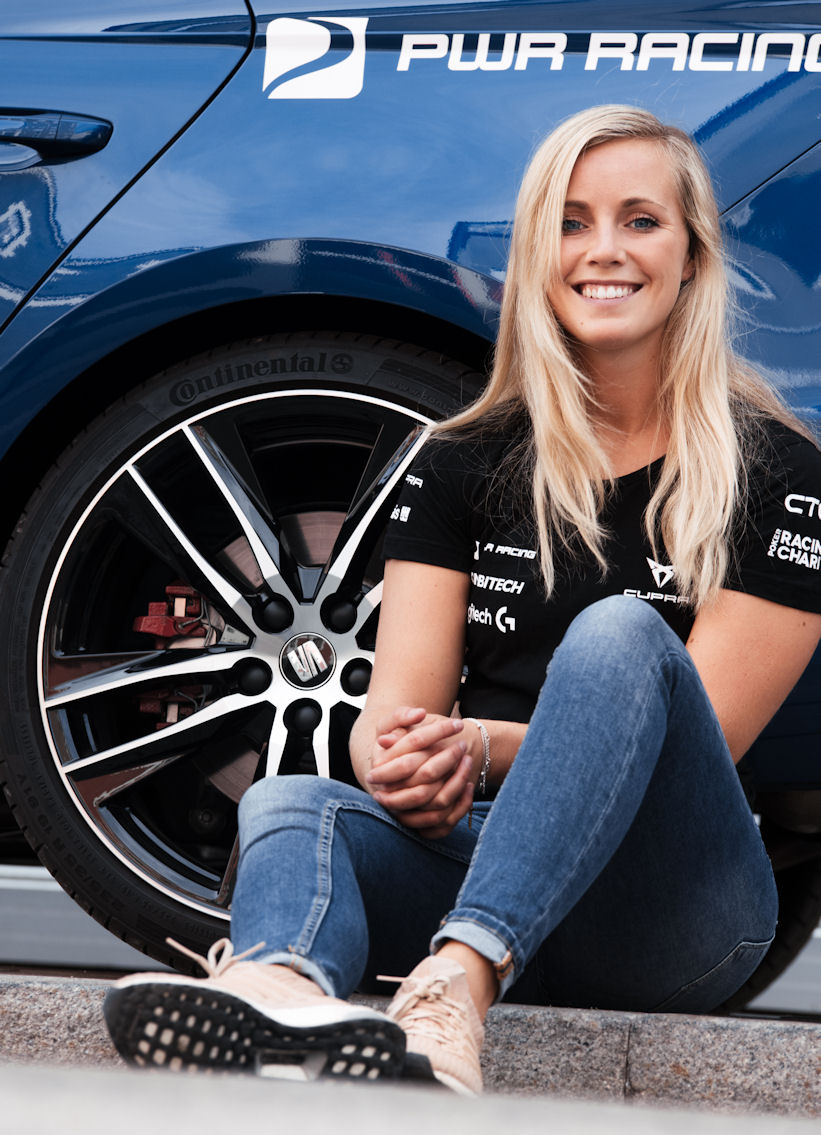 Swedish touring car racer Mikaela Åhlin-Kottulinsky has been selected to test the new tyres Continental is developing for the Extreme E rally series. Åhlin-Kottulinsky, the first and to-date only woman to win a race in the TCR Scandinavia Touring Car Championship, will lend her talents towards the fine tuning of tyres for what Continental calls “the most extreme racing series the world has ever seen.”

Continental is the official founding partner of the Extreme E racing series, which will commence in 2021. The races will feature only electrically-powered SUV prototypes with the aim of drawing attention to the global impact of climate change.

“This is a great project, I’m really happy to drive the electrically-powered SUV prototypes and hope to raise awareness on the climate change being made all over the world,” says Åhlin-Kottulinsky. “I’m really looking forward to being a test driver for the Extreme E tyres from Continental…It’s going to be an extraordinarily thrilling journey until the first races of the Extreme E series.”

Mikaela Åhlin-Kottulinsky was born into a successful Swedish motorsport family; grandfather Freddy Kottulinsky won the Paris-Dakar Rally in 1980 and father Jerry Åhlin, raced between 1983 and 1991 in the European Rally Championship and in WRC races between 1984 and 2000. Her mother, Susanne Kottulinsky, participated in the European Rally Championship between 1982 and 2002, and younger brother Fredrik Åhlin, is a rally driver. Mikaela currently drives for PWR Racing.

Continental opines that “Extreme E is the most extreme racing series the world has ever seen.” It adds that a new race, held under such unique and challenging conditions, requires a new kind of tyre. “As an Extreme E Founding Partner, we’re doing our bit to ensure all contestants have the best possible equipment to deal with whatever trials they face. Continental carefully examined the requirements of the race series and built an ultra-high-performance tyre which specifically addresses the needs of the competing teams. The performance optimised tyres are not just built for extreme conditions, but also for the unique requirements of the competing pure electric SUVs.”

The tyres will be fitted to all-electric SUV racers created and assembled by Spark Racing Technology. The standardised parts produced by Spark Racing Technology consist of the tubular steel frame, suspension and dampers, braking and steering system – as well as crash structure and roll cage. Batteries are being supplied by Grove-based Williams Advanced Engineering; made to withstand extreme environments, conditions and terrains, the batteries will produce a maximum power output of 470 kW (equivalent to approximately 630 bhp).

“Continental is enjoying the privilege to join the extremely exciting journey towards this new competition of racing,” comments Denise Ewald, director R&D Passenger & Light Truck Tires at Continental. “We’re developing high-performance tyres for the extreme and are happy and curious about the months to come, before the tyres hit the road on the new electric SUV.”

The Extreme E season will begin with 12 teams, split into two groups, racing in five locations – the Amazon rainforest, Sahara Desert, Arctic, and island in the Indian Ocean and the Himalayas. The top four teams will then progress to the knock-out stage.