You are here: Home1 / News2 / Company News3 / Falken to exhibit 3 new tyres at The Tire Cologne

Falken to exhibit 3 new tyres at The Tire Cologne 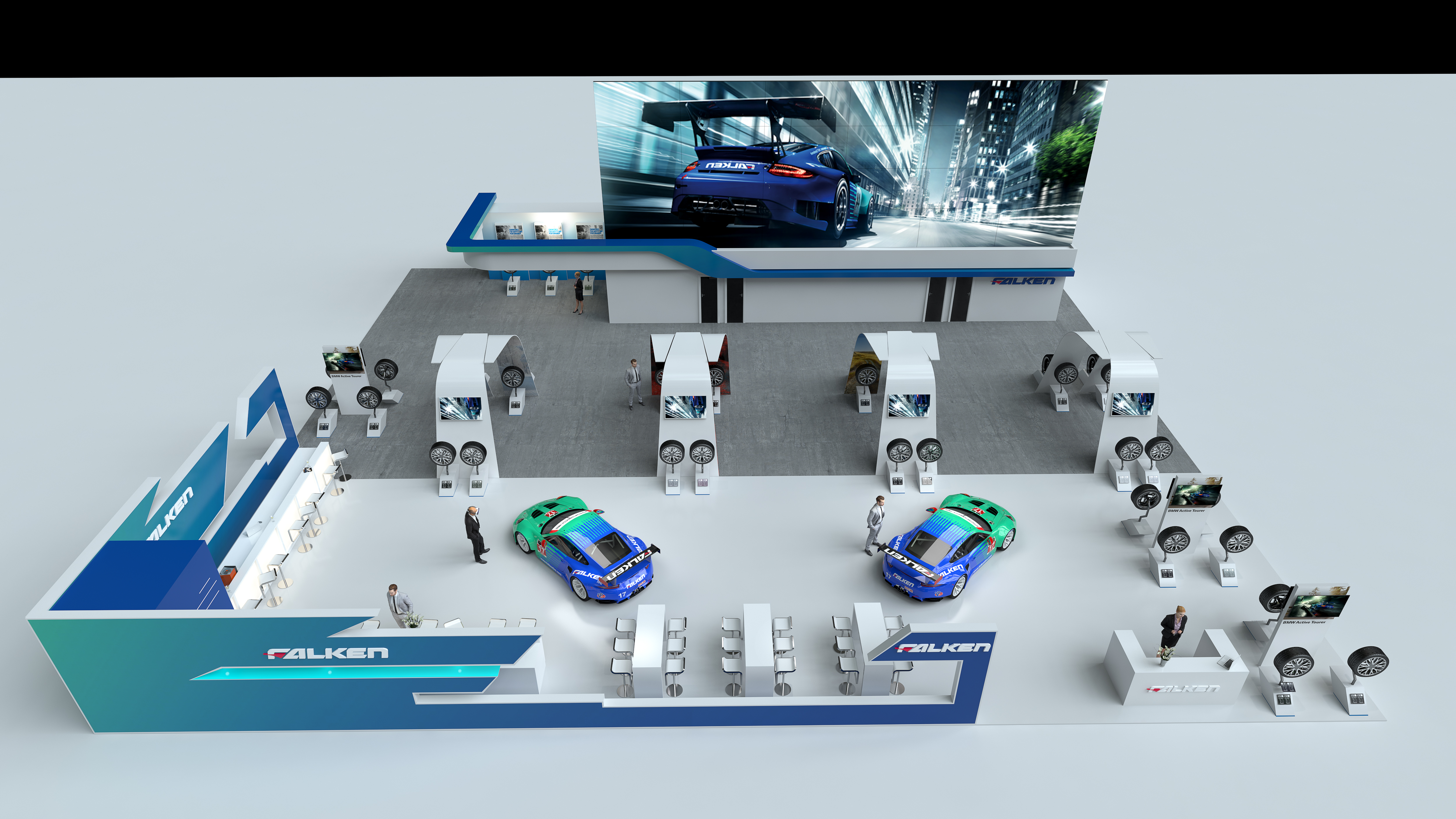 Falken’s booth (Hall 7, Area A) will be the central hub of a wide range of activities for the brand at The Tire Cologne

Falken Tyre will launch three new tyre models for three distinct applications from its stand (Hall 7, Area A) at The Tire Cologne (29 May – 1 June). The new tyres are the Euroall Season AS210 car tyre, the Euroall Season VAN11 for light trucks and vans, and the Wildpeak M/T01 4×4 tyre for off-road use.

The Sumitomo Rubber Industries brand’s new all-season tyre for passenger cars, the Euroall Season AS210, succeeds the Euroall Season AS200. It is developed to deliver improved traction on wet and dry roads, better resistance to aquaplaning, and increased mileage. For light trucks and vans, the new Euroall Season Van11 has been designed to combine safety with high mileage. The new mud-terrain Wildpeak M/T01 model is designed for off-road SUV use and is developed to cope with the toughest weather and road conditions.

Alongside its latest products, Falken will showcase its wide range of tyres for passenger cars, SUVs, light commercial vehicles and trucks. Leading these will be the flagship ultra-high performance tyre, the Azenis FK510, highly commended in recent tyre tests.

Also on show will be the Sincera SN832 summer tyre that achieved the best performance on wet and dry roads in the most recent tyre test conducted by the General German Automobile Club (ADAC). Falken’s Ziex ZE310 Ecorun, which launched in autumn 2017, received an ‘exemplary’ rating from Auto Bild. It is aimed at the sporty driver who also wants comfort.

Falken will also present its latest technologies used in the development and manufacture of its highly praised products. These include Advanced 4D NANO Design technology, which allows engineers to simulate the complex interactions of tyre compounds at Nano level and make simultaneous improvements across grip, fuel efficiency and wear resistance. Falken’s Silent Core technology will also be shown, which utilises polyurethane foam applied to the inside of the tyre carcass to minimise noise inside the vehicle’s cabin.

Falken has increased its brand prominence in recent years with football sponsorship – most notably with Liverpool FC in the 2017/18 season – and Red Bull’s extreme sports, such as its air-racing championship. But the brand’s longest-running sponsorship programme in motorsport, particularly endurance racing and drifting, will form a major part of its stand, with one of the successful Falken Motorsports race cars.

Outside the exhibition hall, the Falken Driftshow will feature demonstrations from Dutch drift legend Remmo Niezen, while a dedicated area in the Boulevard will host football activities, linking to Falken’s partnerships with the Audi Sportpark stadium, home of Bundesliga club FC Ingolstadt 04, in addition to its global tyre partnership with Liverpool FC.

Do you plan to attend The Tire Cologne? Let us know in our poll to the right of this article.

Visit Tyres & Accessories and our sister publications on Stand B56/58 in Hall 6.