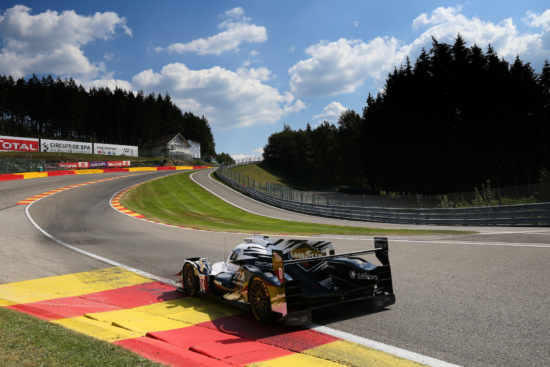 Goodyear is looking forward to recommencing the FIA World Endurance Championship (WEC) season this weekend at Spa-Francorchamps. The tyre manufacturer’s partner teams, Jota Sport and Jackie Chan DC Racing are currently second and third in the LMP2 standings. The former has finished on the podium in the last four rounds, while Jota took a memorable win at Shanghai in November. They will be joined by an additional Goodyear-shod car from Algarve Pro Racing. The Portuguese team usually competes in the European Le Mans Series (ELMS) but will step up to the world stage this weekend.

All three cars running the Goodyear Eagle F1 SuperSport race tyre are Oreca 07 Gibson prototypes competing in the LMP2 class, which is the only WEC class with open tyre competition. The cars produce around 600 hp from their 4.2-litre V8 engines.

Saturday’s 6 Hours of Spa-Francorchamps is the first WEC race since the Lone Star Le Mans at Circuit of The Americas in Texas, almost six months ago in February. After this weekend’s race is the highlight of the calendar, the 24 Hours of Le Mans (19-20 September), before the season-ending 8 Hours of Bahrain (21 November). 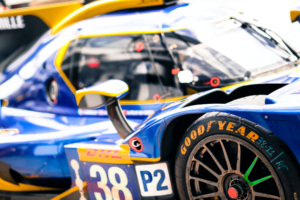 This additional track time in the super-competitive ELMS was particularly beneficial for Algarve Pro Racing, which had two cars racing on Sunday, and Jota Sport, which doesn’t usually race in this series but made a one-off appearance to prepare for the WEC race.

Mike McGregor, Goodyear manager, race sales, testing and track support, says: “Jota entered the ELMS race to get a race under their belts so they feel a bit fresher going into the WEC race weekend, which obviously helps us with setup, and we’re using the same tyre specs in both races. Just having that extra track time will be a huge benefit. We’ve also got the benefit of the wildcard Algarve Pro entry now. One of their drivers is Jon Lancaster, who was one of our tyre development drivers. That all helps to give us the most information we could hope for, for , heat performance and optimal setups. It should definitely make the WEC race easier for us and our partner teams.” 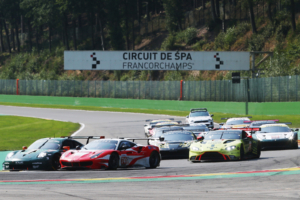 Goodyear introduced its third LMP2 tyre spec in the ELMS race at Circuit Paul Ricard in July, and this B-spec (medium) compound will be brought to Spa along with the softer A-spec tyre. At every other race so far this season, teams have run the A (soft) and C (medium-plus) spec tyres.

“Spa is a true old-school circuit and it’s very aggressive to the tyres so we need to make sure we’re good on durability throughout the long race,” explains McGregor. “It’s so much more aggressive than other tracks. Shanghai is the closest to this on the WEC calendar and it was there that we scored our first win, so we’ll use those learnings this weekend.

“Even though Spa is aggressive, we saw at Shanghai that you can still get the performance out of the softer A-spec compound if you manage the tyre right. That’s something we’re working closely with teams on, and the learnings from Sunday’s ELMS race will help more.”

Wet races are always a possibility at Spa, which is famous for its unpredictable weather, tucked away in the Ardennes. Goodyear’s full wet tyres haven’t raced yet, but the versatile intermediates were used at Silverstone in September, where they proved useful for mixed conditions, which are very likely this weekend.

Free Practice and Qualifying will take place on Thursday and Friday, with the race taking place from 13:30 until 19:30 CEST on Saturday.

Bridgestone Bridgestone back with motocross for winner-takes-all weekend