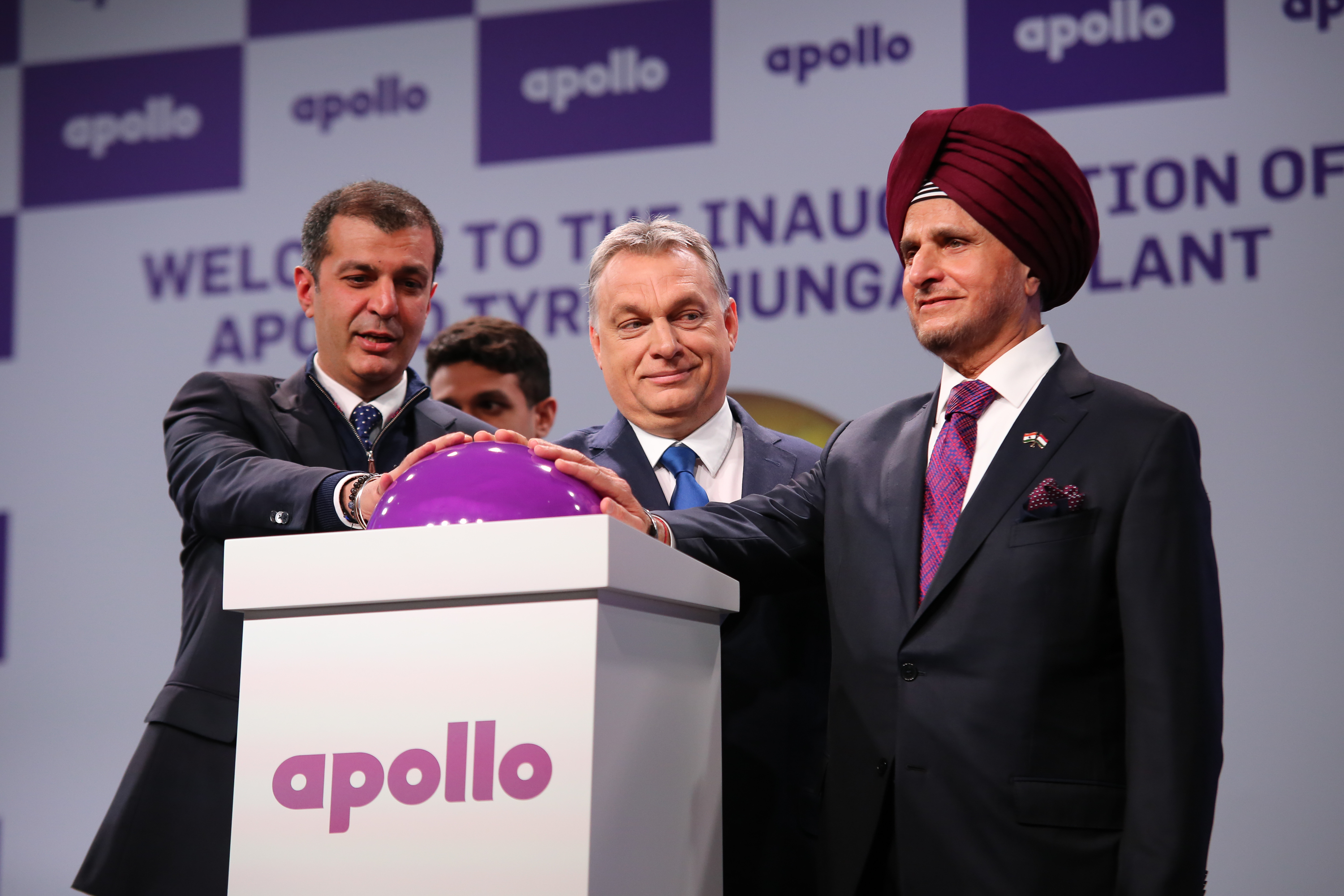 The opening of Apollo Tyres’ Gyöngyöshalász plant, 100km east of Budapest, marks a significant event for both the company’s global aspirations and the Indian tyre industry – the 72 hectare greenfield factory, begun in April 2015, is the first inaugurated by an Indian tyre company to come online outside the domestic market. The importance was reflected in the event itself, with some of the plant’s cavernous warehousing housing around 1,300 guests, among whose number was the prime minister of Hungary, Viktor Orban, who declared Apollo’s sixth global tyre manufacturing plant – its second in Europe after the existing Netherlands facility acquired alongside Vredestein – open on 7 April.