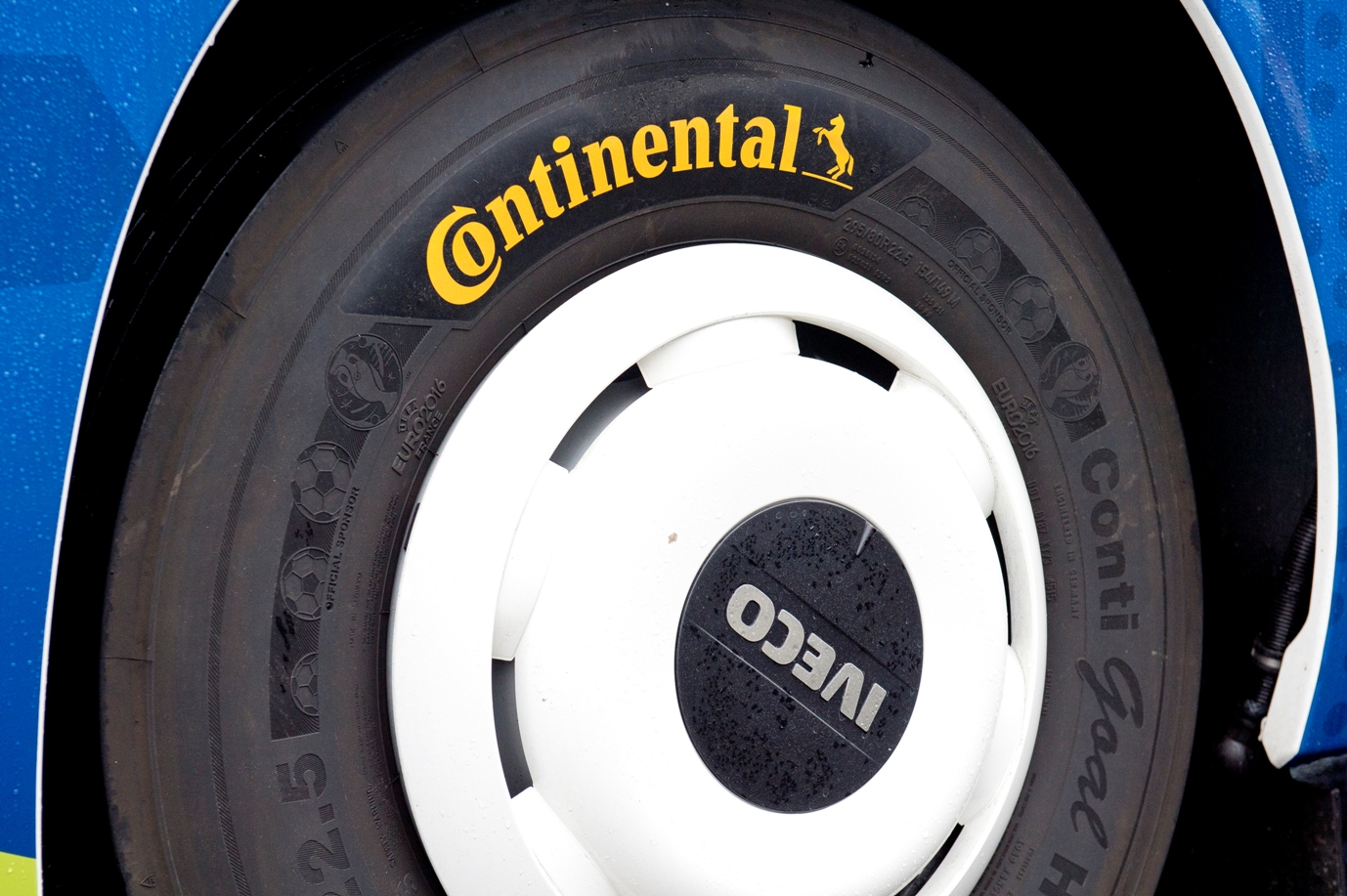 As an official sponsor of this summer’s UEFA Euro 2016 tournament, Continental will continue positioning of its brand close to the top level of European football, a strategy that continues to prove successful, and popular with competitors. As part of its sponsorship package with the tournament, Conti will equip the transfer buses taking teams all over France to the ten host cities with its premium bus tyres, a feature previously seen at the Brazil-hosted World Cup in 2014, when Conti supplied a special edition ContiGol Urbino. In addition to the buses used by all 24 teams who have qualified, the specially designed Conti Goal HA3 tyres will also run on 20 VIP buses provided by selected private transport companies. Conti will use an exclusive special edition tyre for the tournament based on its Conti CityPlus HA3 tyre for regional transportation. The size 295/80R22.5 Conti Goal HA3 was developed in Germany by the manufacturer’s engineers, and can be fitted to any axle.