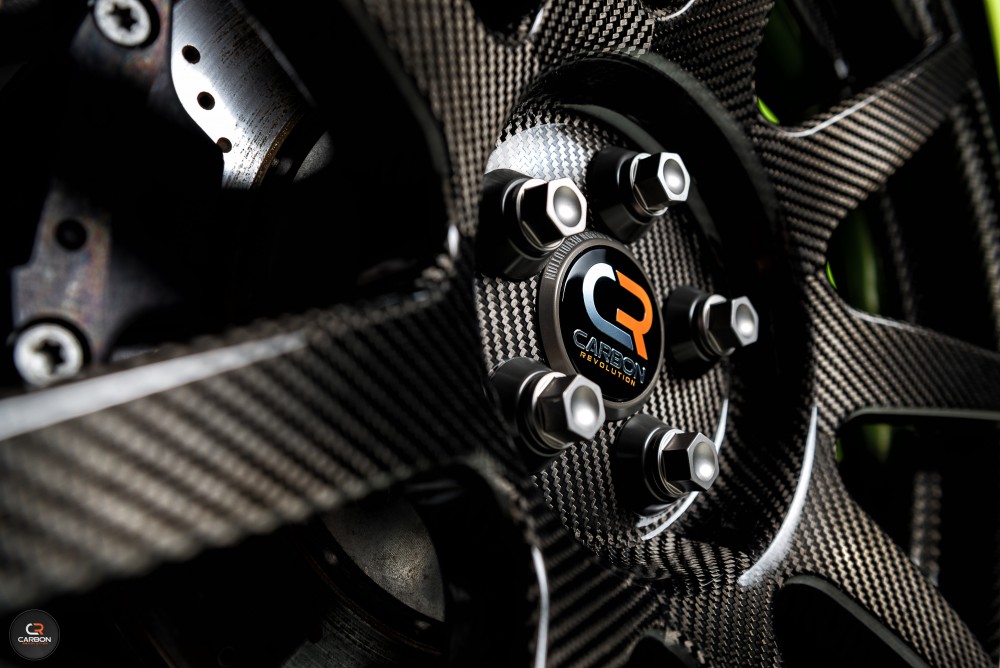 Carbon Revolution’s range of one-piece carbon fibre wheels, the CR-9, has been launched onto the European aftermarket. The manufacturer anticipates that its luxury product line, which is lightweight, attractively designed with premium build quality, will entice ultra-high performance vehicle owners at the top end of the market. The wheel’s marketplace positioning is obvious from the CR-9’s pricepoint; prices start around £15,000 for a full set.

Carbon Revolution describes its approach to the wheel as exhibiting its “almost fanatical commitment to reducing weight”; a philosophy that is embodied in the new carbon fibre wheel. The Australian firm claims to produce the only one-piece carbon fibre wheels available anywhere in the world. While the aesthetic appeal of carbon fibre is obvious, Carbon Revolution claims the new wheels are “the most technically advanced around, and one of the most advanced lightweight technologies on any car.”

The most obvious of the upgrade’s benefits is, of course, the reduction in weight over alloys. Carbon Revolution states that the reduction in weight has “a correspondingly large effect on the chassis” of the car to which they are bolted, cutting down unsprung weight, reducing rotational inertia, and having a resultant positive effect on performance. The manufacturer’s own testing has proven the benefits of fitting Carbon Revolution hardware, it states, and “multiple reports from professional race drivers” confirm faster acceleration and more precise direction changes. It claims that the result is a greater degree of steering feedback, and therefore an associated upswing in driver confidence. Carbon Revolution claims that its design and manufacturing processes are “truly unique”. It argues that carbon fibre is suited to the manufacture of performance wheels, primarily because it is “thirteen times stronger than aluminium and half its weight,” with these benefits coming “despite each individual fibre being a tenth the diameter of a human hair.” Their size means that there are enough individual strands in each CR-9 wheel to circle the globe twice, Carbon Revolution adds. Accurately positioned and aligned during the manufacture of the wheel, they create a structure of great strength and durability.

The precision engineering that goes into the wheel structure is mirrored in other areas of the CR-9’s construction, including their hollow spokes, two-piece aluminium wheel fastening system, and the firm’s own ceramic “Thermal Barrier Coating”, a stage in the manufacturing process that shields the wheel from the extreme temperatures generated by the equally extreme braking forces associated with hard driving.

The company adds that the functionality of the wheels is reflected in their design. The CR-9 is relatively understated in the world of wheel design, though being made of carbon fibre, it already creates an arresting visual impact.

Carbon Revolution claims that it “has grown to the point where it’s now the undisputed master of carbon fibre wheels,” and has continued to expand its wheel lineup. The firm’s level of expertise within the field was recently recognised when its wheels were selected to be OEM equipment for the Shelby GT350 Mustang; the premium vehicle’s steering, feel and grip all benefit from lightweight wheels – while still a muscle car, the wheel has helped it achieve better handling not normally associated with this segment.

UK drivers spend £21.1 billion on service and repair (including tyres) every...