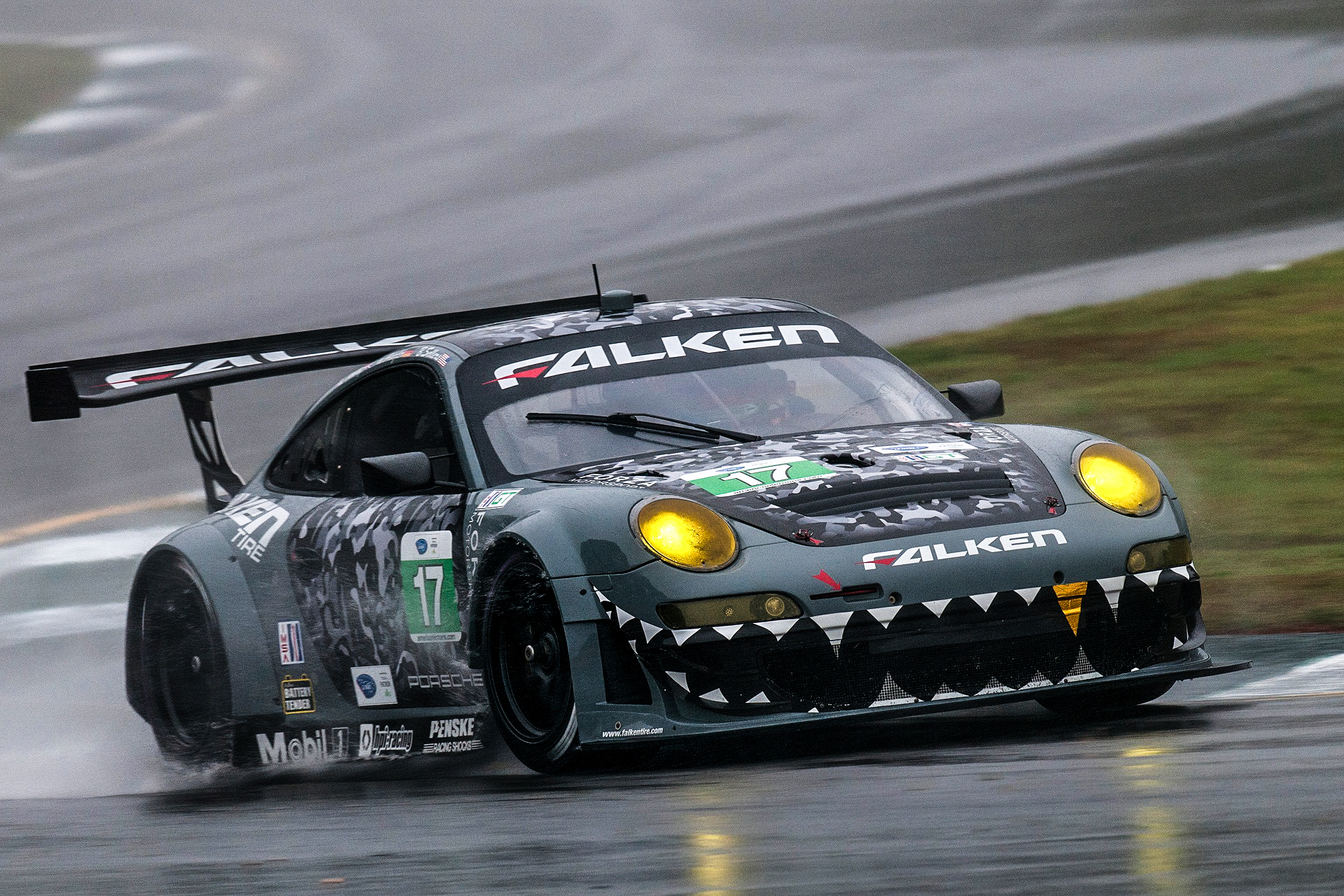 Qualified by Henzler in 6th place in GT, the team aggressively moved forward through a crowded field of competitors, and with minimal pit stops, positioned itself into first in its class with a third of the race remaining.  Tandy was able to keep the lead under his control as the final two hours ticked off, avoiding any problems during the final caution with 38 minutes remaining.  The win had further significance as it was the final race of the ALMS era and was with the 2010 spec car, that had been, up until recently in the reception lobby as a display vehicle. Following the damage sustained to its regular car, the team pulled the 2010 car out of retirement.

“We are incredibly honoured to have earned this win on the final race of the American Le Mans Series,” said Nick Fousekis, Falken’s director of Motorsports Marketing.  “This was such an inspirational victory and a true testament to our teams dedication and ever improving tire development.”

The Falken Porsche sported a different look at Atlanta, swapping its traditional teal and blue colours for the special Microsoft Forza 4 livery, designed by contest winner Kevin Neuville, whose entry was selected by Falken Facebook fans.