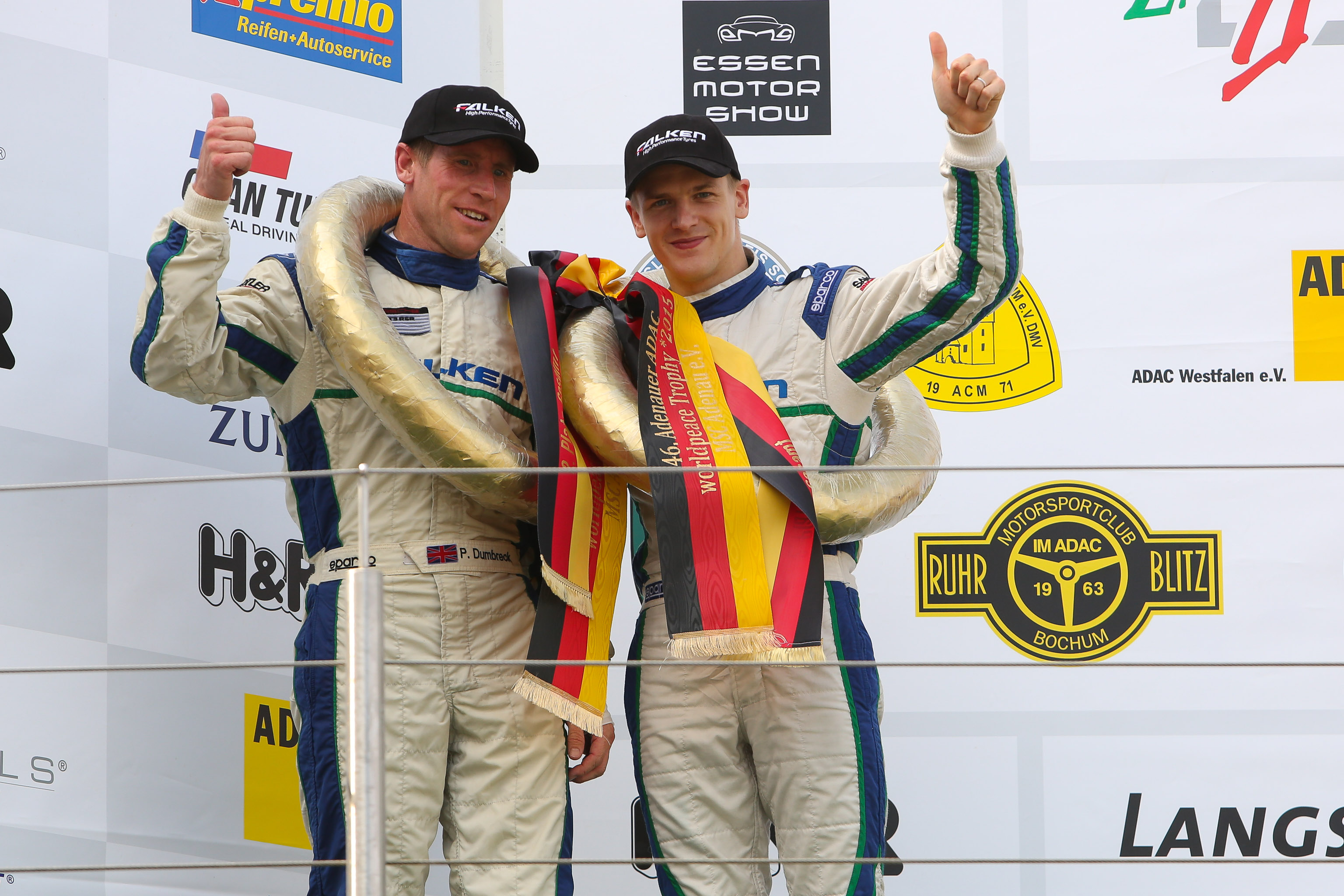 Following up its third place finish in the Nürburgring 24 Hours, Falken Motorsports has secured a second endurance racing podium. Peter Dumbreck and Alexandre Imperatori defied temperatures well above 35°C to finish second at the fourth round of the VLN series during the weekend’s action (4-5 July) on the Nordschleife.

After a light collision in qualifying necessitated replacing the steering rack during the session, Imperatori grabbed sixth place on the grid in dying moments of the session. Heat was a major issue during the race with cockpit temperatures reaching 70°C, as ambient temperatures exceeded 35°C.

A flying opening stint from Imperatori saw him snatch the lead on the opening lap. After six laps, a shortened stint due to the high cockpit temperatures, he handed over to Dumbreck, who himself was also suffering with a wrist pain as a result of the practice incident. As the track temperatures passed 50°C, Falken was able to secure fastest lap with an 8:12.920 minutes and after four hours’ racing the team got its second podium in as many races.

The weekend success follows Falken’s victory at Watkins Glen last weekend where the US team scored a class victory in its Porsche. The weekend also saw Falken’s drift teams win events in Sweden and the UK, culminating a successful week for the Japanese tyre manufacturer.