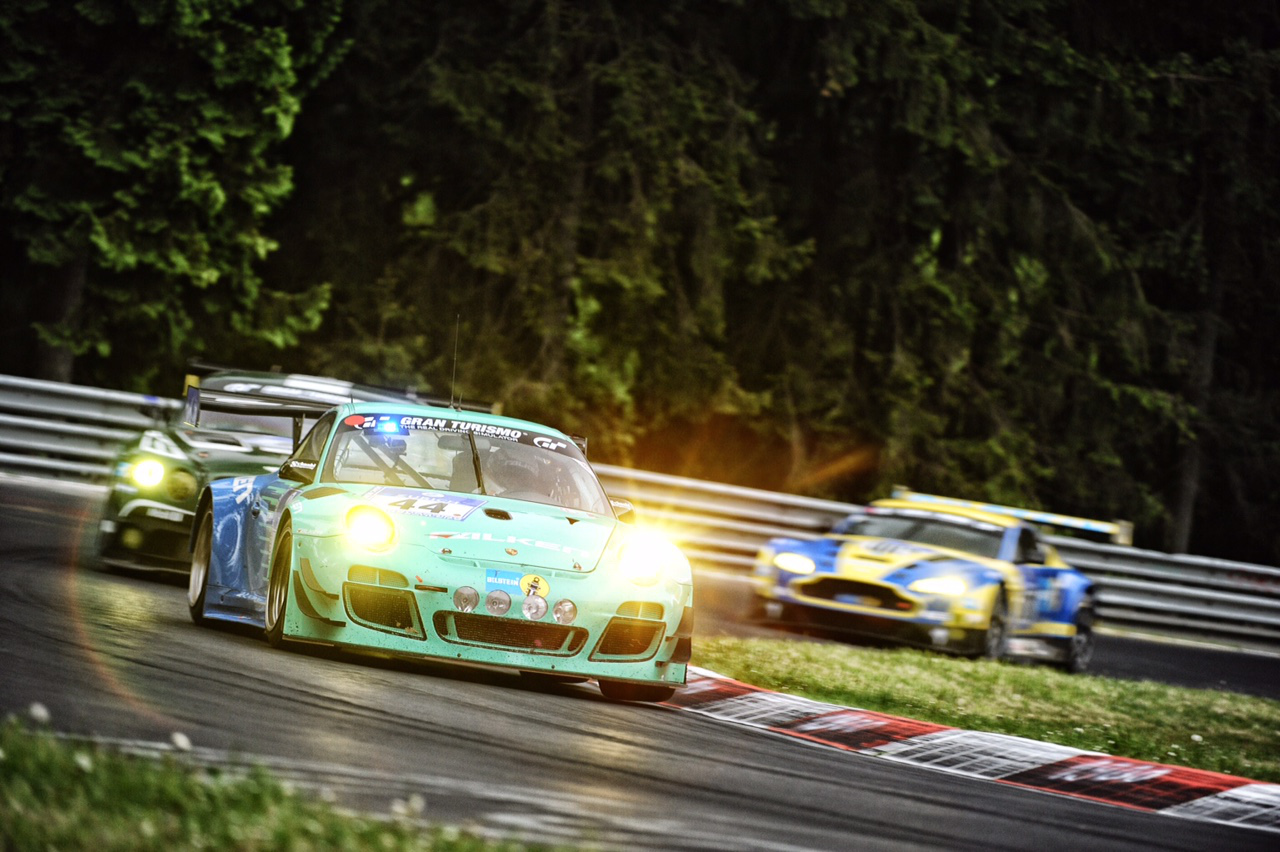 Falken Tyres achieved its aim of a first podium at the Nuerburgring 24 Hours. The team of Peter Dumbreck, Martin Ragginger, Alex Imperatori and Wolf Henzler guided Falken’s Porsche 997 GT3 R from 19th on the grid to a podium slot, improving on its fourth place finish in 2014. The team’s number 44 Porsche – the only car on the grid to use Falken tyres – rose gradually through the field overnight, dealing well with typically varied Eifel region weather. Tyres & Accessories, visiting the event, enquires how the Sumitomo Rubber Industries brand’s European operation benefits from its relationship with the Nuerburgring and its flagship endurance race.