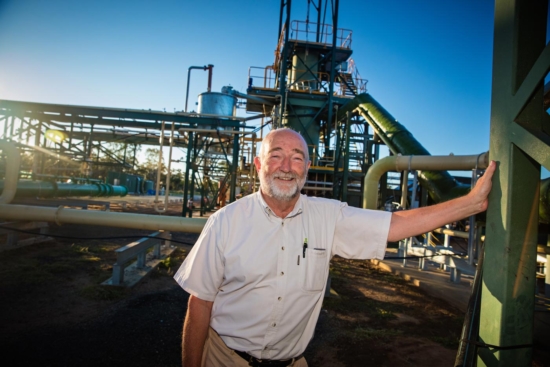 The UK, Greece and Italian projects are on the horizon, but the question of which facilities will appear first hasn’t yet been answered (Photo: Green Distillation Technologies)

As we reported last month, Australian tyre recycler Green Distillation Technologies (GDT) believes the time is right for them to expand internationally. Now the company is highlighting its intentions to move into the European market. Tyres & Accessories understands that Greece and Italy are at the top of the list, but talks are also ongoing in the UK.

Explaining why Europe and why now, GDT chief operating officer Trevor Bayley said that the recent statement by Fazilet Cinaralp at the webinar organized by the Bureau of International Recycling (BIR) who said that only 42 per cent of the 12 million tonnes of end-of-life tyres (ELTs) generated in Europe each year are recycled, had heightened GDT’s interest:

”In addition there is the waning interest in crumbing tyres for sporting field infill, as well as a potential ban on this use and the fact that we offer a much better and environmentally sympathetic tyre recycling alternative.”

GDT already has two facilities in Australia, which the company says are being brought up to full capacity, along with plans for five more down under. So the question is where next? Last month T&A learnt that GDT’s international expansion plans include “negotiations to finalise agreements for plants in the UK, US and South Africa”, but in answer to our questions a company spokesman has now confirmed that Italy and Greece are next on the list:

“Currently we are looking at Greece and Italy for our first potential European expansion and are talking to local interests that are exploring building plants based on our unique tyre recycling technology.”

All this is said to be based on a partnership model: “Our business plan is that we work with the locals who fund, build and operate the plant, based on our design, which is why most of our international expansion so far has come from those involved in the tyre industry, such as end-of-life tyre collection, as they have first-hand knowledge of the available volume and the imperfections in current recycling techniques. We provide supervisory skills and ongoing support as our R&D is continuous and we are always looking at updates to improve efficiency of both our process, our outputs and how the materials can be best used to achieve the optimum return. It is a long-term relationship. This is a very different from the pyrolysis plant suppliers who take a ‘sell and forget’ approach and subsequently there is a very significant difference in the purchase price as they have to achieve their return from their one-off sale.”

What does this mean in practical terms? “…a pyrolysis plant from Europe or the US could cost as much as USD$30-$40 million, while we are likely to be USD$10 – $12 million, depending on local conditions, such as cost of materials and contractors. “

Why Greece and Italy? “The reason for the choice for our European expansion”, the GDT spokesperson continued, “is that Greece and Italy generate a lot of end-of-life tyres and have very limited tyre recycling capacity, whereas Northern Europe is still crumbing tyres for sporting field infill or feeding it to traditional pyrolysis plants, which require that form of pre-treatment, as well as the removal of the beading, both of which add to the cost.

“By comparison, our process uses whole tyres and is very different from traditional pyrolysis as we get a refinery-ready, high value oil as well as high quality carbon and the steel for resmelting. The process has low emissions and conforms to the guidelines of our Environment Protection Authorities which have an aversion to the use of traditional pyrolysis in Australia. By comparison, traditional pyrolysis creates significant emissions and requires the feedstock tyres to be crumbed and the steel beading removed. The output is what we would describe as an unstable oil that is difficult to process and a carbon that requires further treatment to improve the value.”

According to GDT’s plans, each plant will have a capacity to process 19,300 tonnes of ELT’s comprising a mix of passenger car, 4WD and truck tyres. Trevor Bayley concluded: “In the light of this burgeoning environmental disposal problem our approach provides a recycling solution as we are able to turn a world environmental problem into valuable and highly saleable materials.”

However, precise details when we will see a plant in Europe and whether or not UK, Greek or Italy facilities will appear first, remain to be seen.