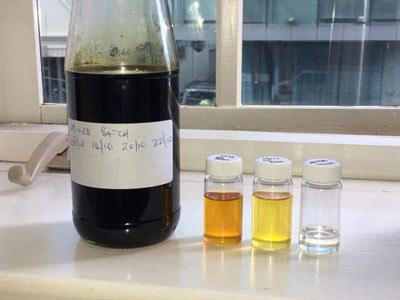 Australia-based Green Distillation Technologies (GDT) reports that it has already pre-sold all the oil the firm expects to obtain from old tyres recycled in its planned Toowoomba plant. Indeed, GDT reports that the company has already sold its entire oil output from plants in North Queensland and Wagga in Southern New South Wales as well.

GDT chief operating officer Trevor Bayley said that he welcomed the announcement of a Queensland Government grant to Southern Oil of Gladstone to help fund their refinery facility and as well as performance trials of the oil from recycled tyres that were being conducted using a Scania V8 test engine.

“In the past Southern Oil has told us that they regard the ‘tyre oil’ as light crude that is low in sulphur and easy to refine. We have conducted trials in the past with the recycled tyre oil at the Queensland University of Technology where a percentage of our oil was added to diesel and we found that there was no loss of power but that there was 30 per cent less nitrous oxide in the exhaust emissions.

“We have a firm commitment to supply Southern Oil with all the oil we produce from anywhere in Australia, which as well as the trials will be used as crude oil and refined into diesel, petrol and jet fuel,” Trevor said.