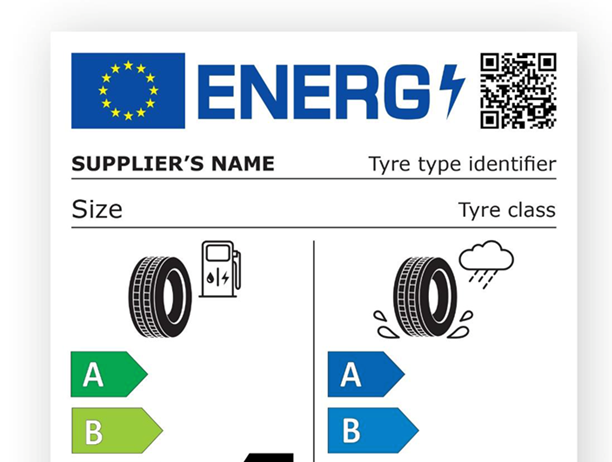 Following the news that new European tyre labels come into force on 1 May 2021, the UK government embarked on an “Improving new vehicle safety and environmental compliance plus passenger vehicle digital radio requirement” consultation on 1 June 2020.

The consultation is slated to last until 23:45 on 26 June 2020 and seeks industry views on two key proposals. Firstly, that “the Vehicle Certification Agency and the Driver and Vehicle Standards Agency are granted increased powers to better monitor the manufacturing of road vehicles in order to maintain safety and environmental standards, known as type approval, plus issue civil penalties for non-compliance” (in other words, that VCA and DVSA are appointed tyre labelling enforcers). And secondly, that “all new cars and buses which are fitted with a radio must have a radio capable of receiving digital radio stations, in line with the European Electronic Communications Code”, which is nice to know, but less directly important to the tyre business.

Back to the first point of consultation – that VCA and DVSA are made enforcement bodies. As far as the tyre business is concerned, this specifically refers to DVSA’s Market Surveillance Unit, which also has responsibility for post-dieselgate emissions compliance and things like catalytic converters. Tyres & Accessories understands that the Market Surveillance Unit was largely focused on the understandably huge impact of dieselgate precipitated by the VW emissions scandal before coronavirus hit. In addition, the history of tyre labelling and other legislative changes suggests a less than rapid timeframe. Taken together, the point is that the implementation and enforcement of the new European Tyre Labelling legislation – which is it must be said, is likely to be implemented in the UK, but remains a matter of ministerial decision – won’t happen at breakneck speed.

However, it is clear that that after the consultation process is concluded and assuming that DVSA is appointed as enforcement body – both of which are very likely – new tyre labelling-related tyre selling offences will be brought in.

Indeed, under paragraph 11 of article 13 of Regulation (EU) 661/2009, deadlines are set for “the sell-off of tyres which do not meet the requirements on wet grip, rolling resistance and rolling noise. These deadlines are 30 months after the dates specified for the last fitment of such tyres to new vehicles and last manufacture of such tyres. Sale of such a tyre was not previously an offence in the UK, but will now be an offence subject to the penalties set out in the regulations.”

Two points in this paragraph are particularly important: the 30-month transition period and the new offences.
In other words, as each new tyre labelling requirement is brought in, there will be a 30-month sell-out period to clear old tyre stocks. And this means it is likely that both the old and new tyre labels will co-exist in the market for a period of time. Which also means that the market will have to be even more vigilant about avoiding non-compliant product entering the market and about properly managing existing stocks.

In short, the EU rules are likely to be applied in the UK and DVSA Market Surveillance Unit appointed as enforcement agency. Therefore, whether the EU Tyre Regulation is enforced or a UK equivalent, subject to the consultation’s outcome, there are likely to be financial penalties for non-compliance.

You can find further tyre labelling background and ongoing implementation coverage at tyrepress.com. In addition, Tyres & Accessories understands that representatives of the DVSA Market Surveillance Unit will be speaking at November NTDA Tyre Industry Conference in Birmingham in October.