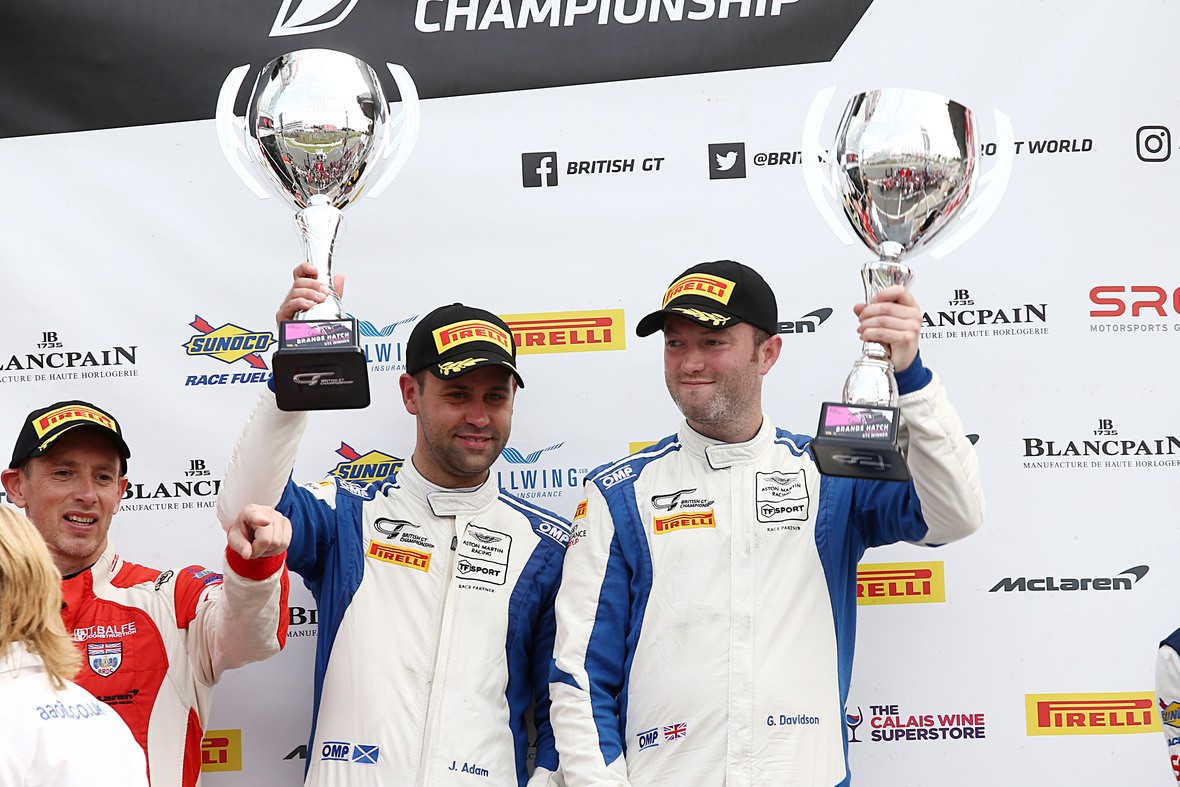 In an exciting weekend of action in the British GT Championship, 37 supercars – 14 GT3s and 23 GT4s – raced around the full Grand Prix layout at Brands Hatch in the penultimate round of the season.

In qualifying on Saturday, McLaren took the top spot in both GT3 and GT4 classes. The McLaren 720S GT3 driven by Shaun Balfe and Rob Bell edged out the Aston Martin Vantage GT3 of Bradley Ellis and Oliver Wilkinson by 0.133 seconds, while the 570S GT4 from HHC Motorsport topped both of its sessions in the hands of Callum Pointon and Dean Macdonald.

Davidson and Adam into contention

The two-hour race on Sunday ran in dry conditions, meaning all GT3 team utilised the Pirelli P Zero DHD2 tyre, with the GT4 cars on the DH tyre. In the GT3 class Jonny Adam and Graham Davidson won the race in their Aston Martin V8 Vantage GT3 with a comfortable six-second advantage over Balfe and Bell. Davidson and Adam move up to second in the standings between the two Barwell Motorsport Lamborghini Huracan crews, just six points behind leaders Adam Balon/Phil Keen and 5.5 points in front of Sam de Haan/Jonny Cocker.

In GT4, James Dorlin and Josh Smith took the victory in their McLaren 570S GT4, following an off by the leading #62 Aston Martin. Macdonald and Pointon were just four tenths behind their fellow McLaren drivers in second place. Third keeps Ford Mustang duo Scott Maxwell and Seb Priaulx in the class lead, 12 points ahead of Ash Hand/Tom Canning.

Said Jonathan Wells, Pirelli UK motorsport manager: “Once again we’ve seen some very close and exciting racing in the British GT Series, and the final round at Donington will be a fantastic championship decider. The P Zero DHD2 and DH tyres performed as expected demonstrating durability and ability to work with a variety of car configurations across the 11 brands making up the grid.”

What’s next? The British GT heads to Donington Park on September 14-15 for the final round of the championship.