You are here: Home1 / News2 / Company News3 / Apollo Tyres: Netherlands car tyre production down, but not out

Apollo Tyres: Netherlands car tyre production down, but not out 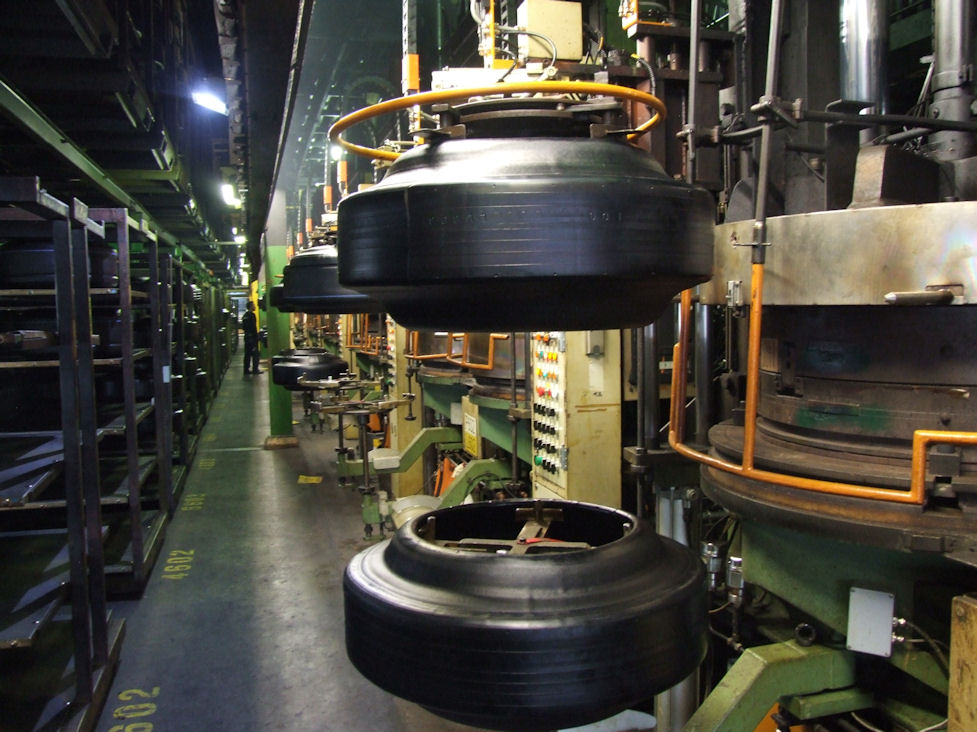 With some manufacturing equipment removed from the Enschede plant, capacity is now slightly shy of 4 million tyres a year

Passenger car tyre production and capacity at Apollo Tyres’ Gyöngyöshalász plant in Hungary has steadily grown over the past two years. These respectively reached 2.1 million and almost 3 million units a year by the end of March 2019, and Apollo is still ramping up in Hungary. Car tyre production should hit 3.5 million units per annum by the end of March 2020. Capacity should approach 4 million units by that time and reach 4.5 million in the next couple of years. It’s a different story in Enschede, some 700 miles to the west, but Apollo Tyres says it isn’t preparing to end car tyre production in the Netherlands any time soon.

During a recent earnings call, Gaurav Kumar shared that the Apollo Vredestein factory in Enschede, the Netherlands will produce half a million fewer passenger vehicle tyres in the current financial year (to 31 March 2020) than in the previous 12-month period. The chief financial officer said production there will likely be “a little under 4 million.” He quoted a similar figure for capacity.

Kumar explained the decrease as a result of production in Enschede “being fine-tuned, taking into account that there are now two plants.” Some of the facility’s production machinery, he elaborated, was no longer “at a level” for producing tyres for the European market; this equipment has been dismantled and removed. Faced then with the choice between “significantly” investing to modernise the Dutch site or to build up car tyre capacity in Hungary, Apollo Tyres opted for the latter.

Yet the decision not to invest in Enschede shouldn’t be interpreted as a prelude to winding down operations there. The decrease in capacity is being accompanied by a corresponding reduction in fixed costs, which is good news for Apollo Vredestein’s bottom line. Furthermore, Gaurav Kumar stressed that “there will not be a further ramp-down in the Netherlands.” He anticipates capacity for passenger car tyres remaining at just under 4 million units per annum for at least the next three years. Remaining car tyre production will increasingly focus upon high-end products. The plant will also continue as a centre for agricultural tyre production.

As for passenger vehicle production in Hungary, Kumar reported that potential exists to further increase annual capacity to around 5.2 million units with a “small” capital expenditure. Growing capacity beyond this would “need a significant capex.”

This means Apollo Tyres could probably achieve its goal of becoming a meaningful player in Europe’s original equipment sector without undertaking a major capital expenditure in car tyre capacity, but this wouldn’t leave much breathing space for growth in replacement or export markets.

Apollo wants its original equipment business with carmakers to account for 20 per cent of its European volumes in the long term. The tyre maker is still a long way from achieving this: According to Kumar, even though the tyre maker recently “won some OE business, including premium OE manufacturers,” tyre shipments to OEMs accounted for “less than five per cent” of car tyre volumes in Europe during the last financial year and they aren’t expected to exceed five per cent in the current year, either.

Should Apollo Tyres produce 7.5 million car tyres in Europe this year as expected, no more than 375,000 units (and almost certainly less) will be delivered to OEMs – Gaurav noted that OEMs need time to build confidence, even after their first approvals. Assuming stable replacement market and export volumes, reaching a 20/80 mix would require the annual production of around 8.6 million passenger vehicle tyres, possibly a little more. A minor investment in capacity in Hungary could lift Apollo Tyres’ passenger vehicle tyre capacity in Europe to around 9 million units.