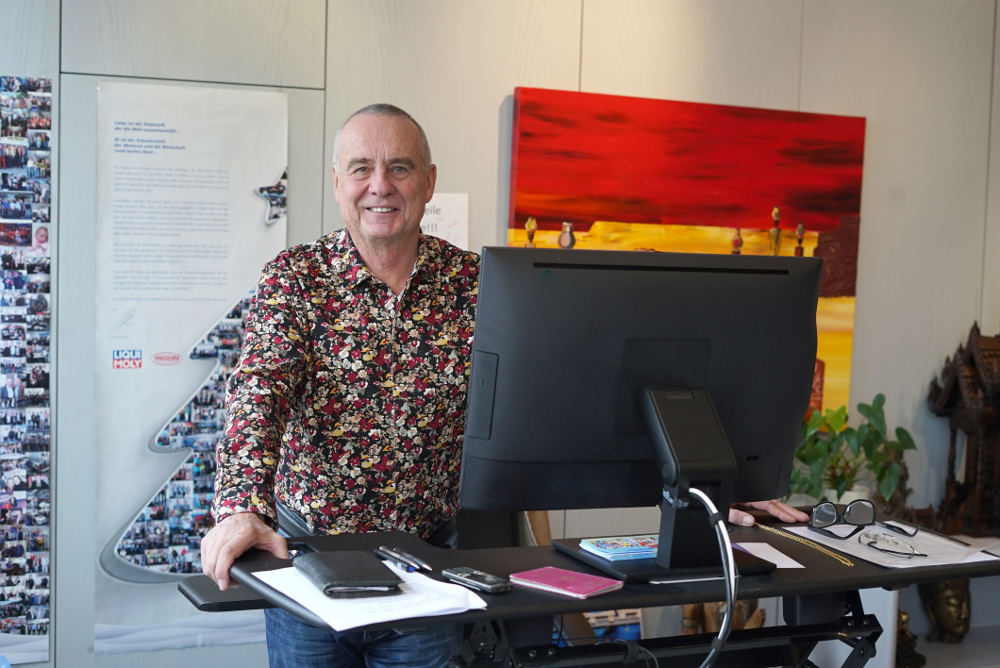 During its first year as part of the Würth Group Liqui Moly has chalked up a new record turnover, but growth has been more subdued than previously. The German oil and additive specialist recorded a turnover of 544 million euros, just two per cent more than the previous year. “International trade disputes, the hot summer and increasing costs, especially the dramatically increased crude oil prices, have all contributed to the significant slowing down of our earnings growth,” says Ernst Prost, Liqui Moly CEO.

Whilst previous years have been noted for their high growth rates, 2018 was an exception with much more moderate growth. October was the most successful month in the company’s more than 60 year history, with a turnover of almost 54 million euros and growth of 34 per cent. A range of factors prevented there being a similarly high rate of growth across the whole year. Latent global trade disputes had an impact on Liqui Moly. Business with China, for example, decreased by a third. And trade with Russia, a significant export market for the company, has also decreased rapidly over the last two years due to the substantial devaluation of the rouble. “Such changes cannot help but have an impact,” says export manager Salvatore Coniglio. “These setbacks in China and Russia would have had a much greater impact if we were not active in 150 countries. We can offset the reduction in turnover in some countries by opening up new markets in others.”

One of the greatest rays of hope in terms of export was the development in Great Britain. There they posted an increase of 35 per cent in comparison with the previous year. The uncertainty of Brexit did not have an impact.

The dents in export performance did nothing to cushion the fragile growth in the highly competitive German market. “In present circumstances, a two per cent growth in Germany and Austria is a huge success,” says CEO Günter Hiermaier, “after all, the number of competitors has increased but the pie to be shared is still the same size. And so the competition is correspondingly fierce. We continue to rely on a combination of marketing packages and sales power.”

At the same time as turnover growth has reduced, the company’s costs have dramatically increased. On top of investment in additional inventory control strategies, new software and an additional tank storage facility of around eleven million euro, increasing raw material prices added additional costs of around six million euro. The weather also had an impact. The prolonged period of high temperatures over the summer restricted the use of the Rhine and made it unnavigable at times which, in turn, increased the transport costs for raw materials and finished goods.

“Overall, our freight and logistics costs increased by some 1.2 million euros. All in all, a cold shower. Of course, a double hit like this, higher costs and lower than planned turnover, has brought our performance to its knees. But that is how it goes in life, and in business, you have to adapt to new circumstances or you’re out of the running. And no two years are the same,” says Ernst Prost.

Spending on marketing and on research and development have also increased, but this was planned. In 2017 Liqui Moly invested 19.8 million euro in brand awareness, and almost a million more in 2018. The biggest coup of all is undoubtedly the endorsement contract with the Chicago Bulls. The basketball team is one of the most well-known global sports brands. They boast 175 million fans. “No other professional team in the USA can top this,” says marketing director Peter Baumann, explaining the significance of international activities to the German company.

Nationally and internationally, the quality associated with “Made in Germany”, still has enormous pulling power for Liqui Moly. And this consistently high quality requires research and development, spending in this area has risen to almost 6 million euros. “Modern lubricants are highly complex solutions. If you want to stay at the top of the game, you need the latest technology for development and quality testing,” explains David Kaiser who is responsible for this area and for application technology.

Another figure that has led to increased costs is the number of Liqui Moly employees. 24 jobs were created in 2018. A total of 848 people are now employed in Ulm, Saarlouis and the international subsidiaries. “We are more than happy to be spending this money, it is always a pleasure to be creating jobs. We are also happy to pay the additional one million euro for the new wage agreement from the Industrial Mining, Chemistry and Energy Union, as it benefits people in the Liqui Moly family,” says Ernst Prost.

Since the CEO sold his shares to the Würth Group at the turn of the year, many have been fearing radical change at the oil and additive specialist. “The opposite is the case,” says Ernst Prost. “My business cards now just say CEO instead of managing partner and our long-standing sales director Günter Hiermaier has risen to be our second CEO, but otherwise it is business as usual.”