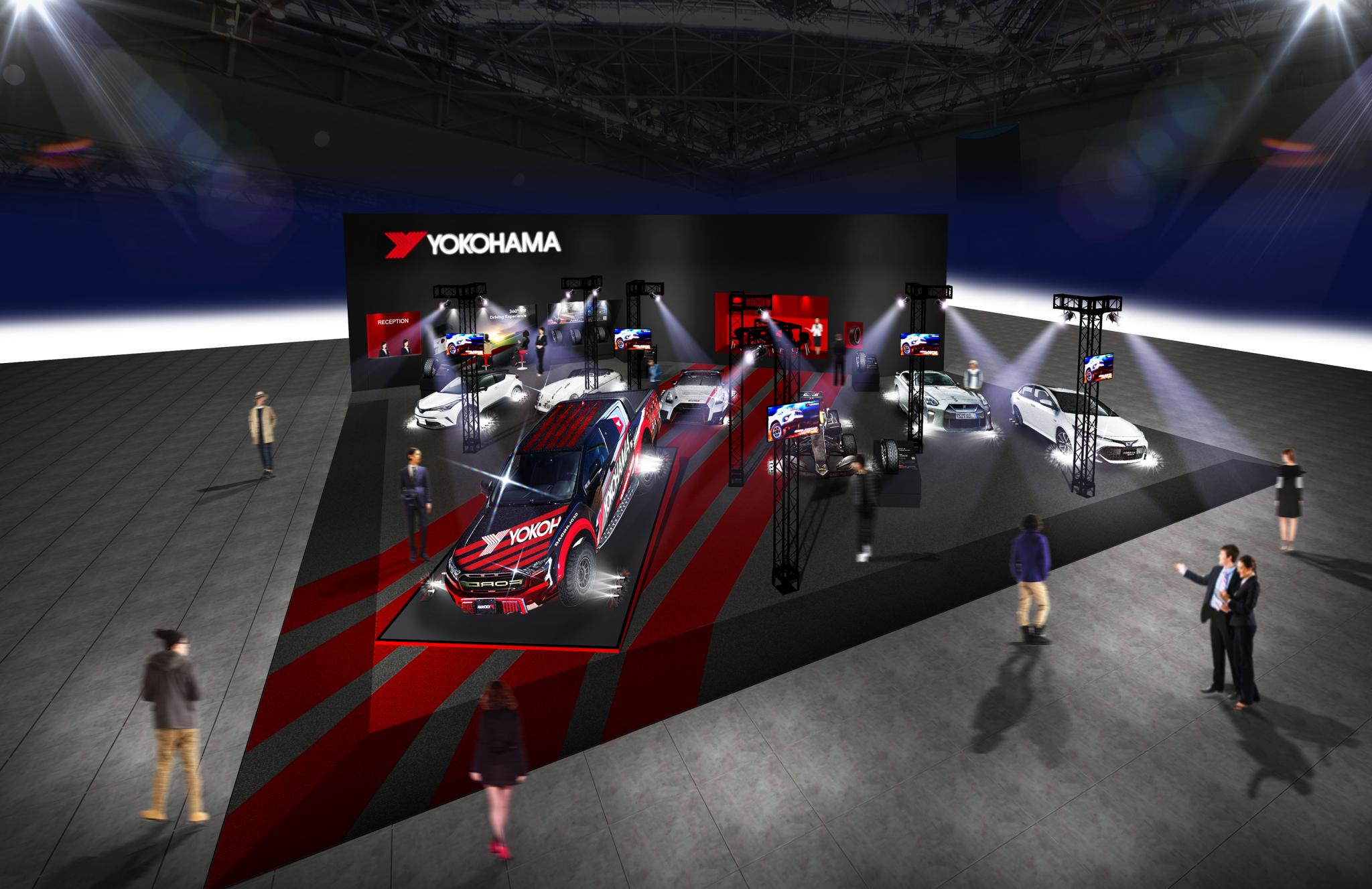 Yokohama Rubber will participate in the Tokyo Auto Salon 2019 between 11 and 13 January at Makuhari Messe. The company will showcase its tyre and aluminium wheel products. Yokohama adds that it will have a special focus on its “hobby tyres” – those for motorsport or classic car applications. The booth will also introduce its motorsport activities, which it states make important contributions to its technology development for consumer tyres.

The booth will include vehicles equipped with Yokohama tyres in four segments, identified by the company as “sports, off-road, dress-up, and classic.” Among these, the dress-up and classic theme tyres are scheduled to be put on the market in 2019. The booth also will display a future concept model of the Advan brand’s “street sports tyre”, the Advan Neova.

The exhibit will include the SF19, the new model race car to be used from 2019 in the Japanese Super Formula Championship Series, Asia’s ultimate formula racing car series, and the Yokohama-sponsored Kondo Racing team machine that will compete in the 2019 Nürburgring 24-hour endurance race. A number of live talk shows featuring drivers and managers of teams participating in races and rallies will also be held at the tyre booth.

The booth also will display the BluEarth-GT AE51, a grand touring tyre to be marketed from February 2019 in Japan.

Yokohama Rubber’s hobby tyre strategy is one of the core elements of the broader consumer tyre strategy included in the company’s three-year medium-term management plan, Grand Design 2020 (GD2020), implemented from 2018. In line with its hobby tyre strategy, the company states it will accelerate the development of new products and expand the size line-up of existing products suitable for use with various types of hobby vehicles, from race cars to classic cars.