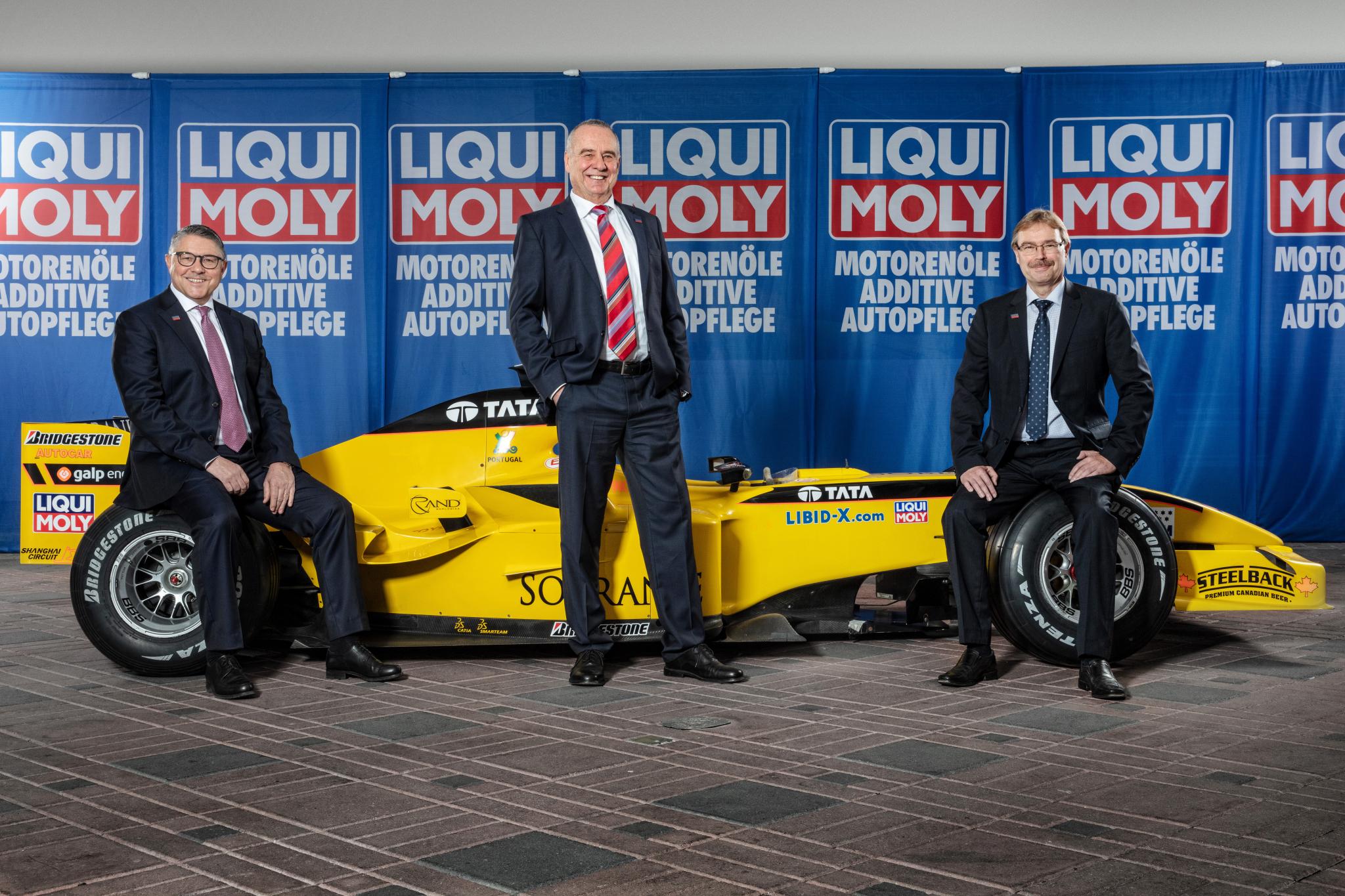 The German oil and additive specialist Liqui Moly has signed an advertising deal with Formula 1. It will advertise on the race track at eleven races, one of a few select brands. “We hope that out of the more than one billion viewers who follow this spectacle on television all over the world every year, it may occur to some of them to take a closer look at Liqui Moly and purchase our products,” explains CEO Ernst Prost. Formula 1 is not new to the lubricant brand; Liqui Moly was involved with Team Jordan in the 2000s.

Liqui Moly will be showcased on a large scale for the first time at the Bahrain Grand Prix on 31 March. After the Bahrain Grand Prix, the Liqui Moly logo will be on show at half of the remaining races. The campaign will cost the company several million euros, it states. “If you want to reach that many people all over the world, you can’t be a penny pincher: you have to think globally and make huge investments,” says Ernst Prost.

“The aim of advertising in Formula 1 is to raise our brand profile. Oils and additives do their job invisibly, hidden in the depths of the engine. They’re not products that drivers see and get thrilled about on a day-to-day basis. This is why brand visibility is all the more important for Liqui Moly. Top-class quality alone is not much help if nobody knows about the benefits,” explains Ernst Prost.

In addition to Formula 1, Liqui Moly’s international activities include the motorcycle world championship MotoGP and the touring car championship TCR. The company has a range of involvements at the national, regional and even local level. “We go out to where the customers are and where they live – and that’s in their home country,” says Günter Hiermaier, sales director and second CEO of Liqui Moly.

Outside motorsport, Liqui Moly has advertised this winter at the world handball championships, the ice hockey world championships, the Four Hills Tournament, the world ski championships, and with the Chicago Bulls in the NBA. “This taps into new target groups and customers for us, as well as bridging over the winter break in motor racing. Three factors are always crucial: the number of spectators on site, the media presence and the potential for creating positive associations with our own brand image,” explains marketing director, Peter Baumann.

“Formula 1, MotoGP, world handball championships, ice hockey world championships – the potential in all of those is simply enormous”, says Ernst Prost. “It just shows the level we’re now operating at. You can hardly get any better than this. As a sponsor, we only purchase excellent sports events with outstanding TV coverage – mainly events with an international and indeed global impact.”

In addition to its sponsorships, Liqui Moly has pursued more direct advertising to stimulate business. In autumn 2018 the company kicked off its first worldwide digital campaign, which generated 1.6 billion contacts. “We’re sensing that the pressure to advertise has increased in recent years,” says Ernst Prost. “We have to promote ourselves even more to even get noticed – which means investing more money on raising our brand profile.”

Another advertising campaign costing millions is shortly due to get underway in Germany and Austria. This will involve Liqui Moly placing double-page advertisements in all the relevant automobile magazines. The campaign was prompted by a recent vote held by Auto Zeitung, whose readers recently voted Liqui Moly best oil brand. The German oil and additive specialist also finished second in the car care product category.

Liqui Moly set a new sales record in 2018, though it added that it considers two per cent sales growth not much of an achievement for a company that is so used to performing well. This is why Prost says the company is now going on the offensive: “We’re really going to make splash in 2019. Part of this will be our appearance in Formula 1.”

After achieving sales of 545 million euros last year, the target for this year is at least EUR 600 million, which would amount to an increase of at least 10 per cent. In its domestic market of Germany, Liqui Moly has a strong position, making further growth difficult to achieve, so it is setting its sights on worldwide exports.

Liqui Moly is increasingly deploying a new sales strategy. Traditionally the company has sold its products through independent importers in most countries. In Italy and France, the company will now be taking care of its own sales. “Not every importer has the resources required to develop sales the way we would like to,” says Prost. “Our potential is on a totally different scale when it comes to growing – not just in small steps but in huge jumps.” This does of course mean initially spending money on staff and advertising. “But these investments pay off in the long run – both Italy and France hold enormous potential for us.”

The measure of the company’s success in 2019 will be based on three pillars, Prost concludes: “Excellent product quality, world-class sales power and a drastic raising of our brand profile.”