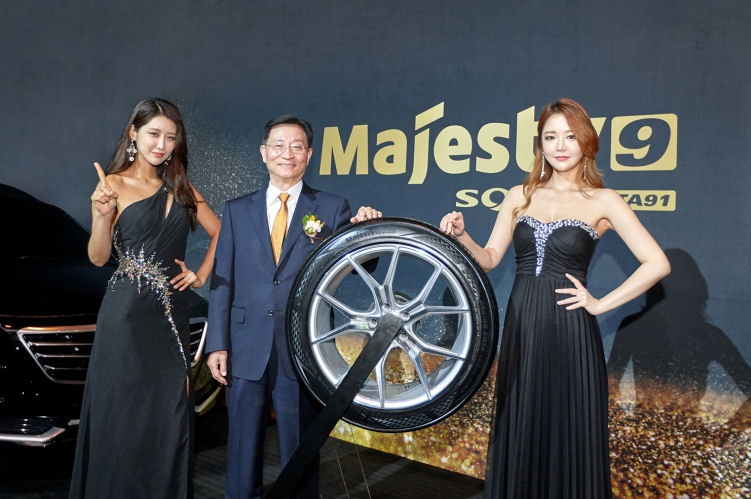 Kim Jong-ho, CEO of Kumho Tire, at the launch of the Kumho Majesty 9 Solus TA91

A new owner has arrived on the scene, but it is business as usual for Kumho Tire in Korea. The tyre maker has launched its first new tyre since Doublestar became Kumho Tire’s largest shareholder last month. More than 350 dealers from across South Korea attended the unveiling of the Kumho Majesty 9 Solus TA91 yesterday.

At the launch of the new tyre, Kim Jong-ho, chief executive officer of Kumho Tire, stated that the tyre maker is “very grateful” for the dealers who’ve believed in and supported Kumho in recent times.