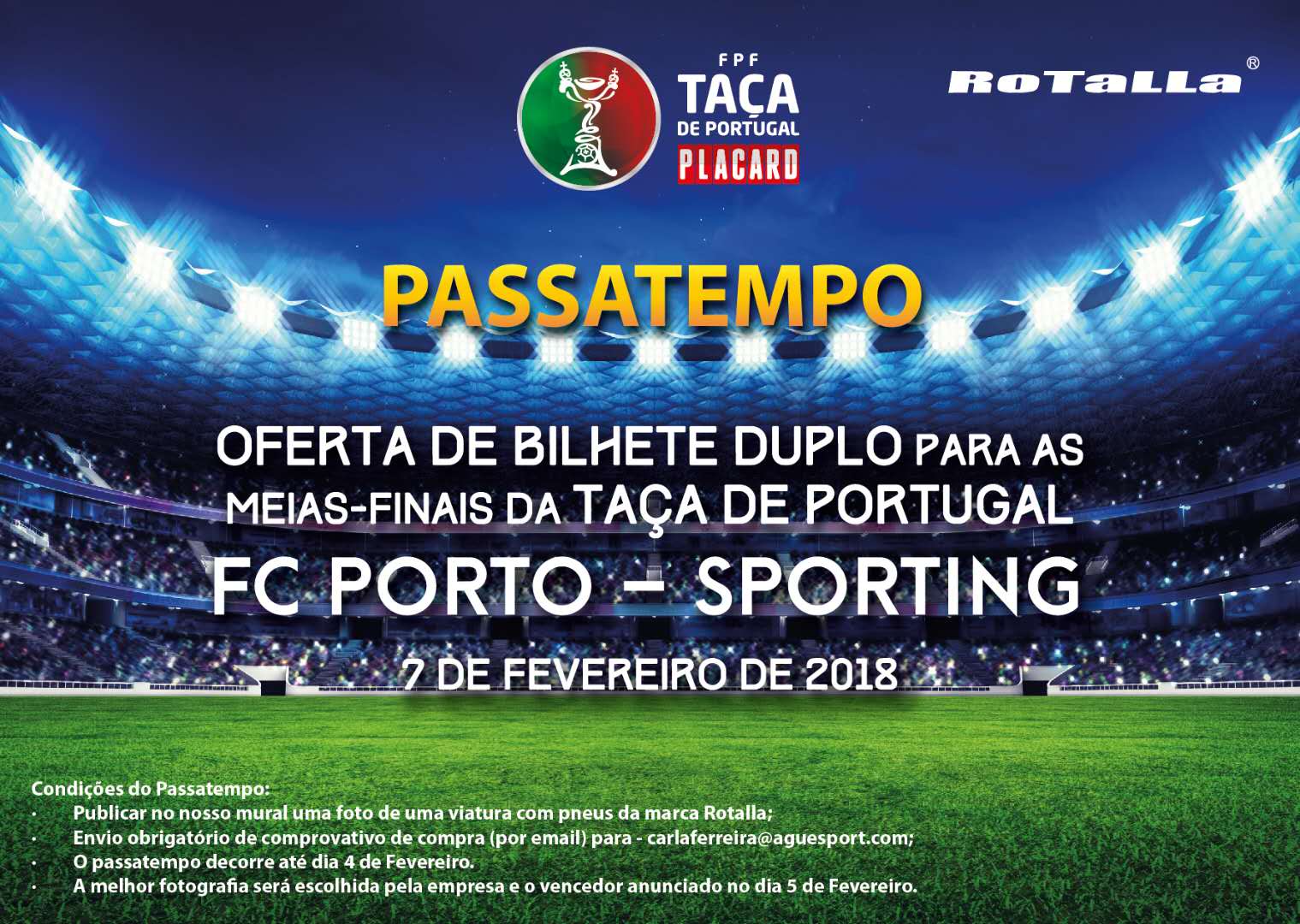 International contract tyre supplier Enjoy Tyre has become an official partner of Taça de Portugal, the country’s premier football knockout competition, to promote its Rotalla private brand. From the quarter final stage to the final on Sunday, 20 May, a series of advertising banners promoting Rotalla tyres will be displayed around the stadiums, with each game being televised live on Portuguese television. Rotalla is distributed exclusively throughout Portugal by leading wholesaler Aguesport.

Rob Henderson, Enjoy Tyres’s general manager for The UK and Europe says: “Rotalla has been available in the Portuguese tyre market for the past eleven years and thanks to Aguesport the brand has evolved into a leading choice in the quality mid-range market sector. Now by being an official partner of Taça de Portugal, Rotalla is receiving additional national exposure through the Portuguese Sports TV network.”