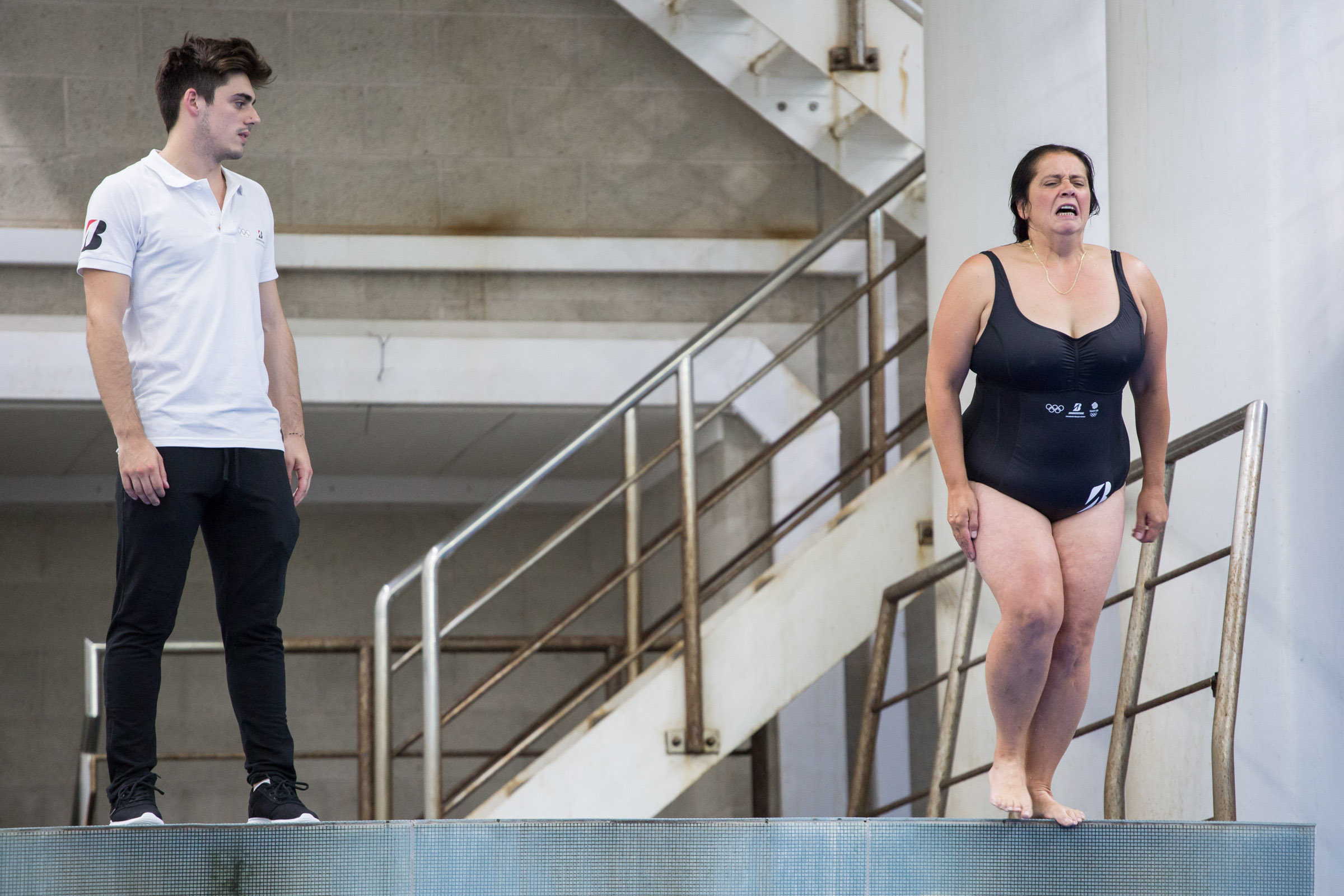 Bridgestone UK launched its Olympic Games partnership in early 2017 with three new Olympian brand ambassadors. The tyre manufacturer’s marketing campaign to coincide with the sponsorship has the tagline “Chase Your Dream, No Matter What”, and its latest event paired a group of “everyday battlers” with a performance psychologist, a 10 metre diving board, and the UK’s synchronised springboard diving Olympic champion from the Rio 2016 games, Chris Mears. Their experience, captured on camera, can be viewed for the first time below, and on the Bridgestone UK YouTube channel.

Mears set the group the task of making the daunting jump off the 10m diving tower at the John Charles Centre for Sport in Leeds. In preparation, Laura Cosgrove, an English Institute of Sports performance psychologist provided a number of techniques and mental approaches to help them overcome any fears they had about the diving challenge. Working alongside the group also was former athlete and trainer Professor Greg Whyte, who gave his insight on the benefits of positive thinking in achieving personal goals in everyday life. Bridgestone states that the collective “embodied the spirit” of its campaign to complete the challenge.

Participant Fiona Rawes, who features in the video, aged 53 from Doncaster, was one brave participant to make the leap of faith. She has battled to overcome a number of illnesses including a potentially fatal car crash when she was 18, which put her in a coma. Since then, she has overcome cancer after fighting off a number of other ailments in between. She made the leap of faith from the 10 metre board with Chris Mears’ help and still can’t quite believe she managed the feat.

She said: “This was a huge thing for me. Everyone at the event said I could do it and I managed to do it! I have struggled so much with anxiety and depression since my health issues. Just driving here from Doncaster was a big hurdle to overcome. Just leaving the house can be hard as I live on my own and it is easy to get into a rut. I want to use this as a stepping stone to get back into sport. The motivation I have to do this now is huge. I want to thank Bridgestone so much for giving me this opportunity.”

Jo Amess, from Wakefield, also proved something to herself in an extremely emotional jump from the 10 metre board. “I am stunned, shocked, elated and still can’t believe I did it. I had no idea that I would be jumping off the 10 metre diving board when I first arrived. I’d have run a mile if I’d have known! I entered this challenge because I wanted to prove something. I am great at motivating other people but I fluff challenges that I set myself and put obstacles in the way. I talk myself out of things.”

Amess assists British Cycling with some of their local ‘pop-up’ events and wants to set an example to those participants she helps, which she has previously felt was beyond her. “I want to ride a 600-mile challenge around the border of Yorkshire. The idea is really appealing but I put barriers in the way of me doing it. This was about facing my fears and proving that I can achieve something I never thought possible. If I can jump off a 10m diving board the I know I can do 600 miles and get in training for it. This experience is one I will treasure forever and I can’t thank Bridgestone and Chris Mears enough for giving it to me.”

In 2009, Chris Mears suffered a ruptured spleen and was given a five percent chance of survival by doctors. He was told it was likely that he would never dive again.

Robin Shaw, Bridgestone North Europe managing director, said: “Despite all that Chris has encountered in his life he has kept focused and fighting to chase his dream of becoming champion. He exemplifies the spirit of our Chase Your Dream, No Matter What campaign perfectly. We hope that his inspiring story helped everyday battlers overcome the obstacles they face in pursuit of their own dreams.” Enjoy Tyre offering a Routeway for all budgets