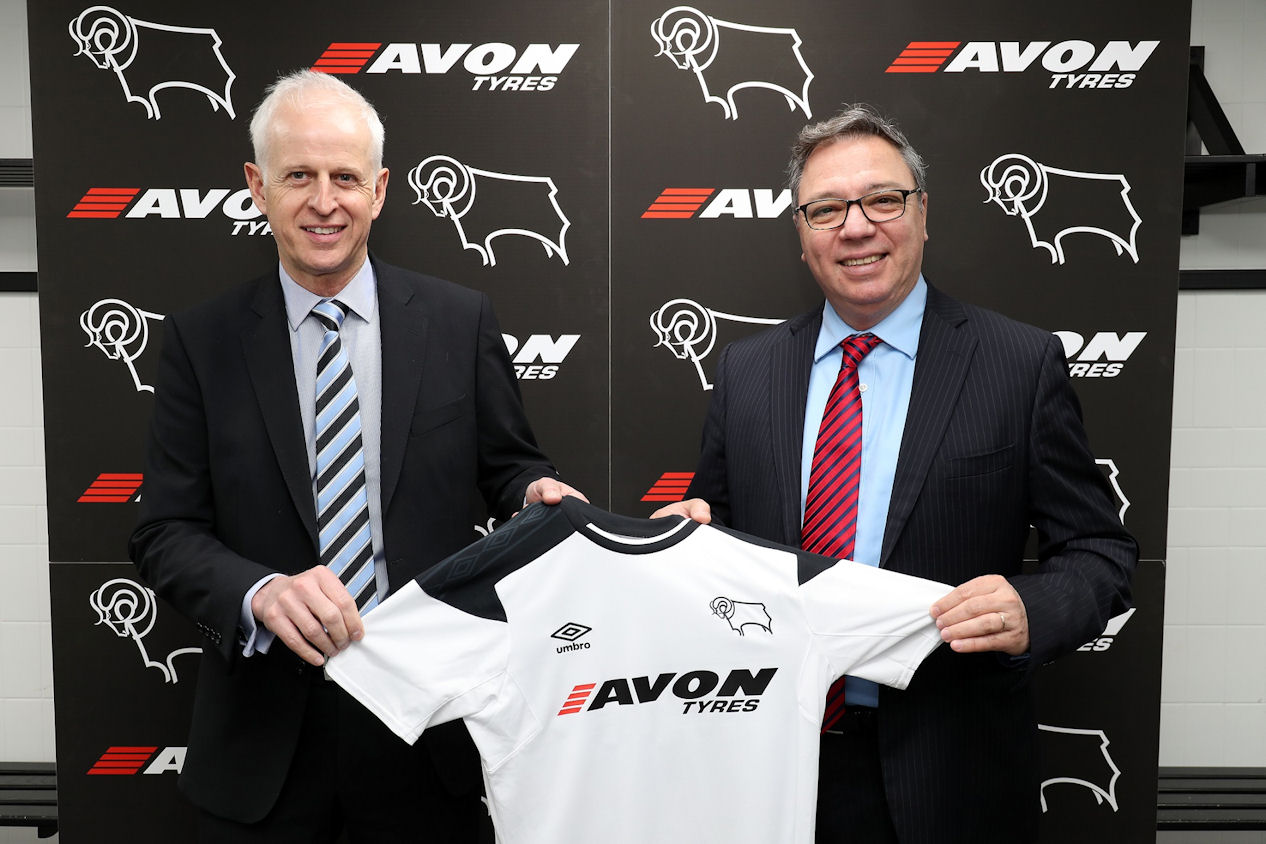 Derby County Football Club announced today that Avon Tyres has become the Rams’ official shirt sponsor for the upcoming 2017-18 Sky Bet Championship season. As part of a multi-year agreement, the Avon Tyres logo will take pride of place on the front of all of Derby’s first-team kits for the forthcoming campaign.