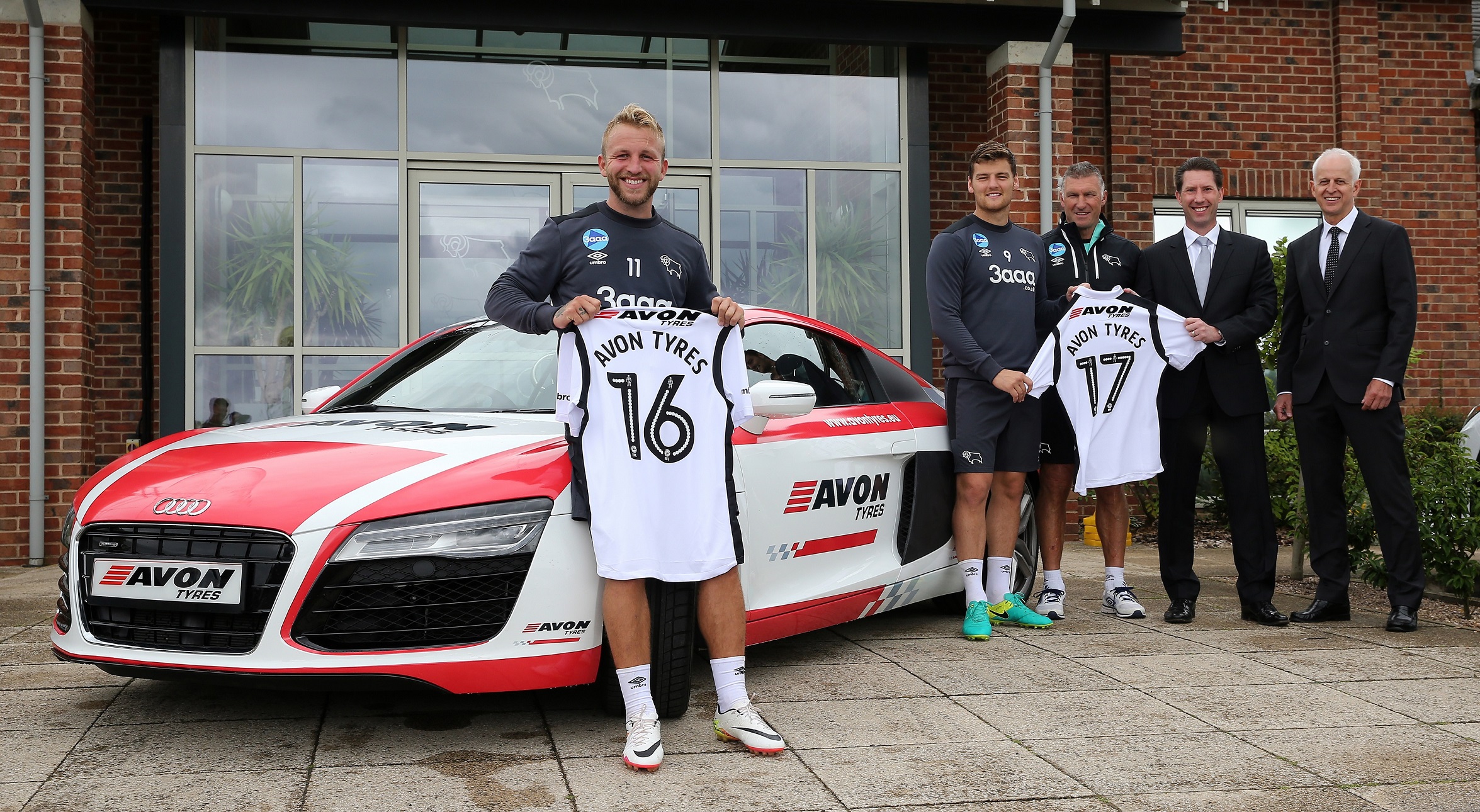 Derby County has made Avon Tyres its back of shirt and shorts sponsor for the upcoming 2016/17 Sky Bet Championship season. The sponsorship agreement means the Avon Tyres logo will appear on the back of the Rams’ first-team shirts and shorts for the entire campaign. Avon initially teamed up with the club in February 2016 to become the Rams’ Official Tyre Partner. The brand says it opted to increase its involvement for the new season due to the success of the partnership.