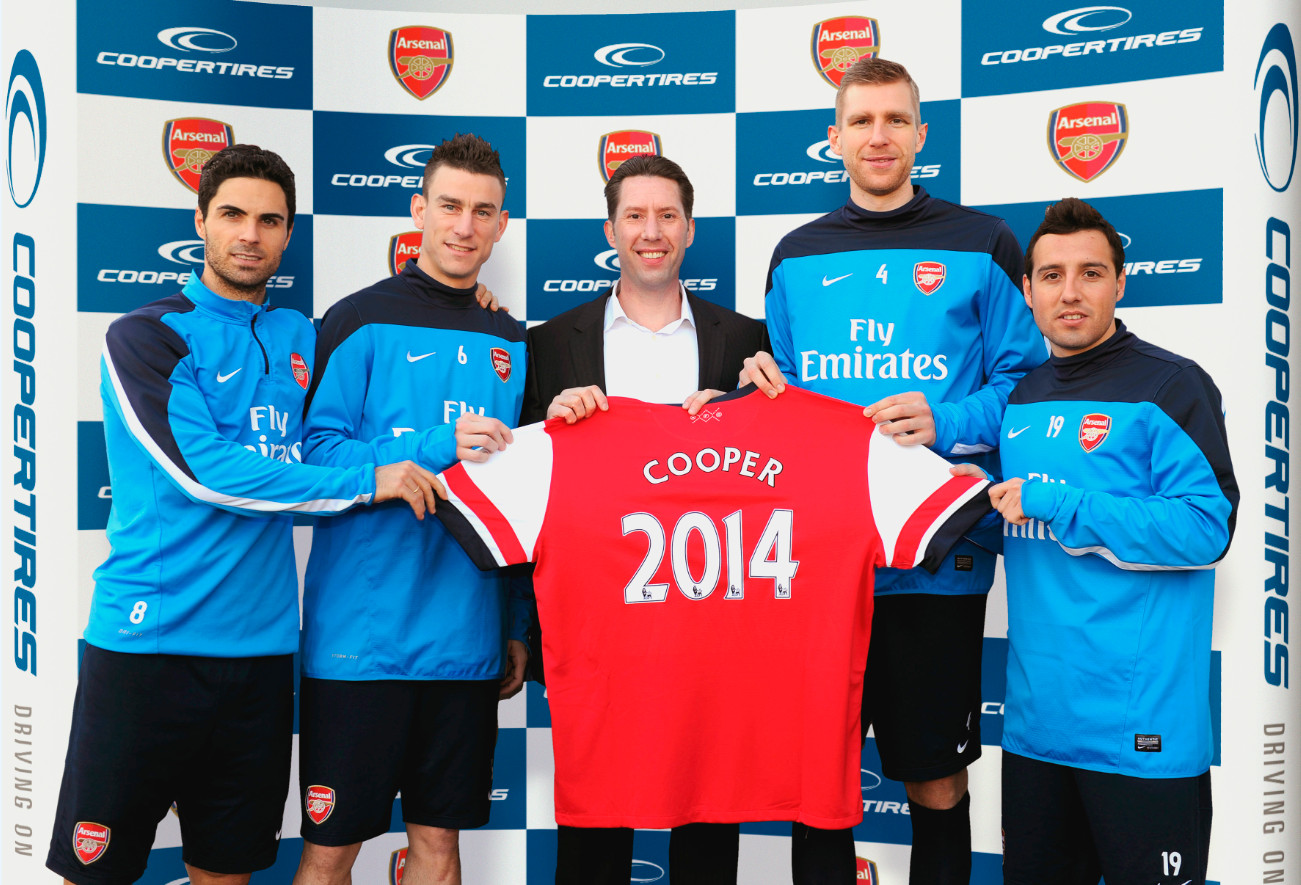 Cooper Tire Europe has announced that it is sponsoring Arsenal Football Club in a multi-year deal. The partnership, which will begin before the start of the 2014/15 season, will see the Melksham-based tyre manufacturer become an official partner to the north London club. The exclusive sponsorship designates the Cooper brand as the first “Official Tyre of Arsenal Football Club” for Europe, Russia, Middle East, South Africa and selected north African countries and links the company’s passion for performance to football through the development of various advertising campaigns, consumer marketing programmes and promotions. No details of how much has been invested in the partnership have been revealed.