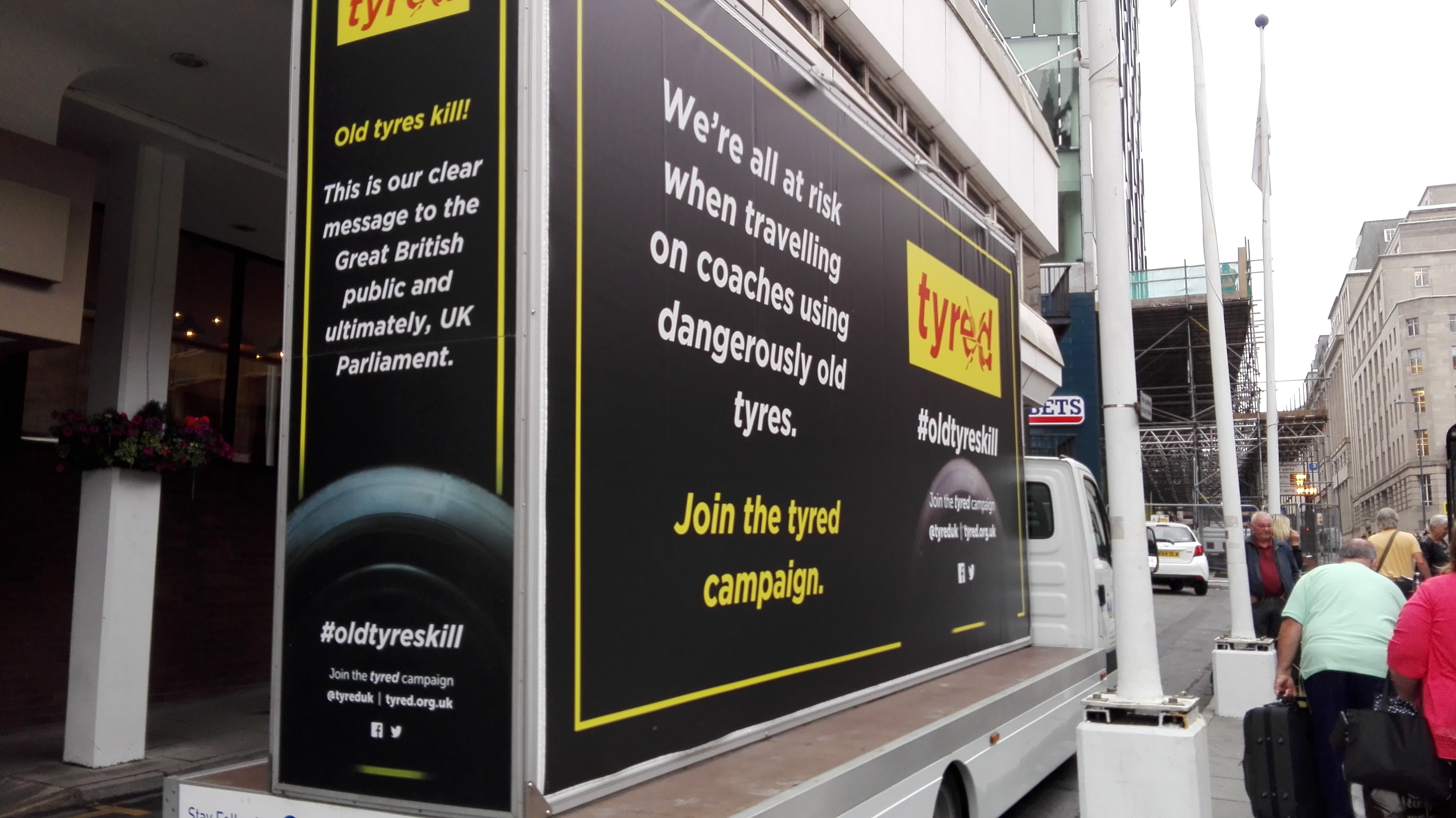 The tyre industry has been involved in numerous awareness-raising campaigns over the years. The quality and creativity of these has increased significantly, especially in the decade since TyreSafe came into existence. However, when Frances Molloy re-launched the “Tyred” campaign on 30 June 2017, you couldn’t help but feel that you were witnessing something quite unique. As most of us in the industry already know, Frances’ son Michael Molloy died in a coach crash in the summer of 2012 that was caused by poor condition, 19 and a half year-old tyres. In fact no tyres on the coach were less than 10 years old. So when she says that Tyred is all about taking old tyres off the road, people listen.

Ricardo and FMC to cooperate on electric vehicle development