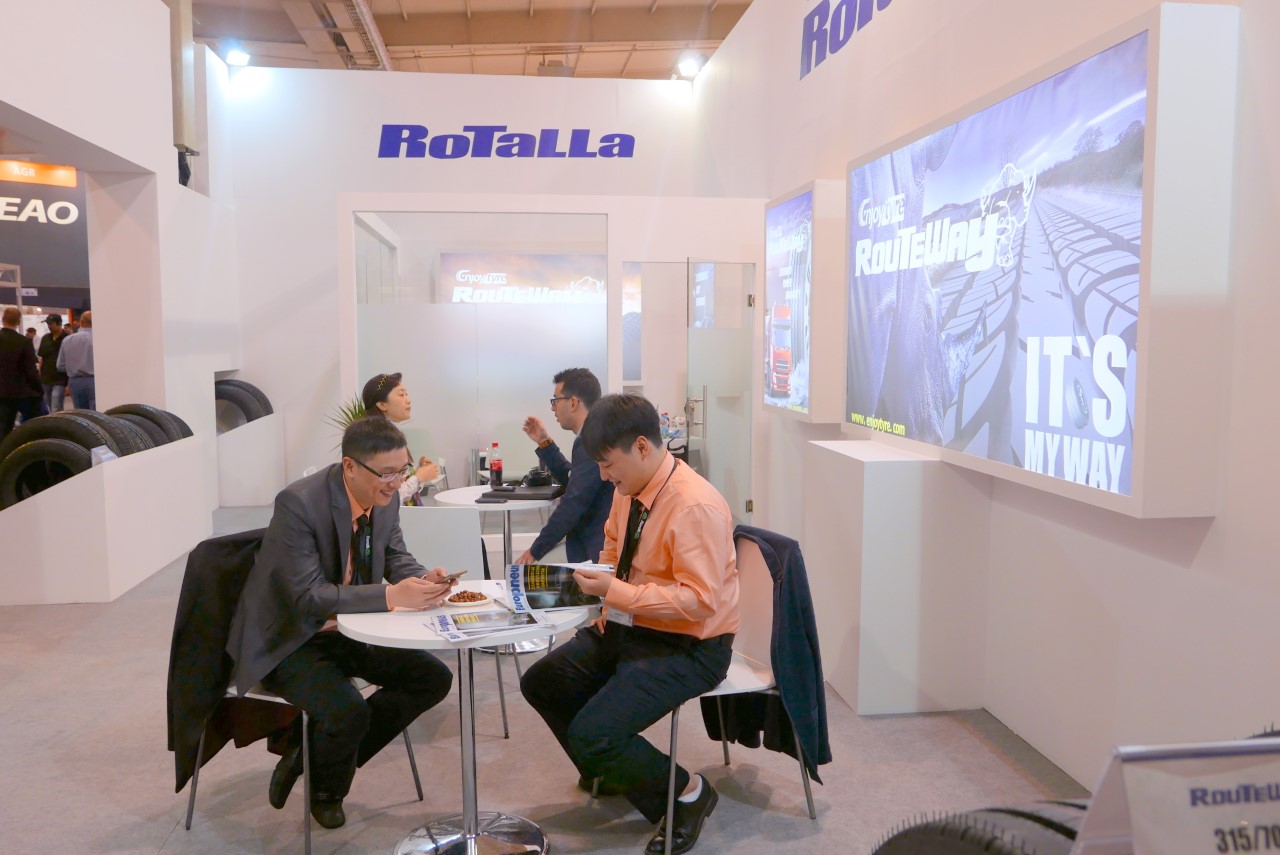 Enjoy Tyre reports that the introduction of its Routeway brand at the recent Reifen Show in Essen, Germany – the firm’s primary objective at the event – was a success.

Routeway joins Rotalla as “a quality alternative choice to premium tyres”. According to the company, both brands with their full summer and winter ranges attracted enthusiastic attention from visitors throughout the four-day event.

The Routeway series includes seven car tyre/UHP patterns – the EcoBlue RY22, RY26 and RY26+; plus the Velocity RY33 and Suretrek RY86 XL, whilst Rotalla presented the all new RH01 and RH02 high performance patterns. Also on display was a selection of SUV and truck tyres from Routeway.

Enjoy Tyre managing director, Ms Xu Xia said: “Apart from showcasing our two increasingly popular brands at such an important European tyre show. We were also looking to increase our level of distribution partnerships throughout Europe which consists of separate exclusive dealerships for both Rotalla and Routeway in most countries. We received a lot of interesting enquiries for the future. For Enjoy the show proved to be highly successful with a constant level of interest in our products.”

Voith to handle 2.5 million tyre/wheel assemblies a year after expansion