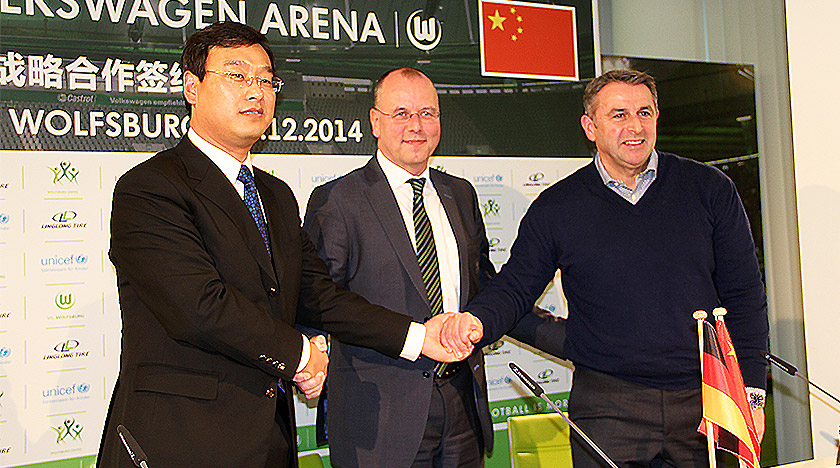 As of 1 January 2015, Shandong Linglong Tire will become an international partner to German Bundesliga and Europa League football club VfL Wolfsburg. The multi-year deal sees the tyre maker become a sponsorship partner to the Wolfsburg men’s team in markets outside of Germany. The partnership includes a commitment with Wolfsburg United, the international sporting project from VfL Wolfsburg, and will subsequently support respective Unicef projects and the VfL football school.