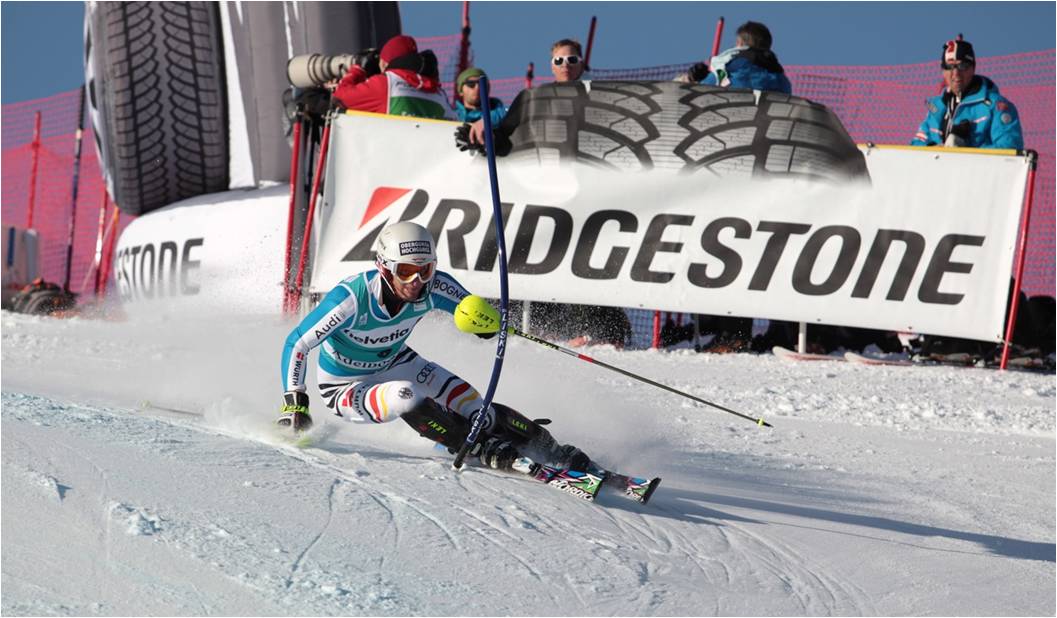 Bridgestone ambassador, Fritz Dopfer will be in action as the Audi FIS Alpine Ski World Cup launches. Bridgestone has announced a further three years’ sponsorship of the championship

Bridgestone is supporting the Audi FIS Alpine Ski World Cup as it launches this weekend with the women’s and men’s Giant Slalom in Sölden, Austria. The tyre manufacturer is now a major event sponsor at 39 World Cup Alpine Ski events, including this weekend’s opening races. This is Bridgestone’s third consecutive season of close association with the pinnacle of alpine sport, and the company will continue as a major sponsor of skiing until at least 2016, having signed a three year extension to its current deal.