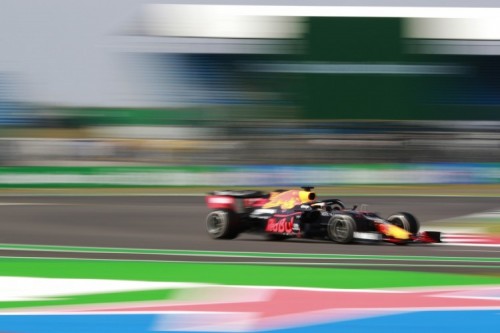 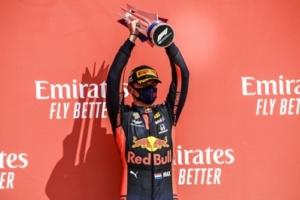 Formula 1 tyre supplier Pirelli said that tyre strategy had been “integral” to Red Bull driver Max Verstappen’s victory in the 70th Anniversary Grand Prix. Starting from fourth on the grid, Verstappen was the only one of the top 10 to start on the hard tyre. He used their comparative durability to run a longer first stint, which allowed him to move into the lead and then defend his advantage. The P Zero White hard (C2) tyre was softer than the hardest designated tyre at the previous weekend’s British Grand Prix, won by Mercedes’ Lewis Hamilton. While the Mercedes team was tougher on the tyres than most, with blistering a known issue, Hamilton and teammate Valtteri Bottas were able to claim the second and third steps on the podium, with Hamilton using the P Zero White to set the fastest lap in the race to claim an extra championship point.

Mario Isola, head of F1 and car racing at Pirelli, said: “This weekend’s race was all about pure strategy, judged to perfection by Red Bull and Max Verstappen. His strategy began on Saturday afternoon, with the brave decision to run the hard tyre in Q2 and so start the race with it, which clearly paid off. Once he had gained track position by virtue of his longer first stint, he was able to control both the Mercedes behind him, which had nonetheless shown the pace to qualify first and second. 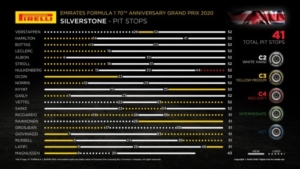 “Although Silverstone is one of the most demanding tracks on tyres, and the compounds were a step softer than last week, this all provided a challenge that helped to spice up the show. We saw some blistering as expected, but only on a few cars and nothing that affected the race outcome. Tyre management was an integral part of the tactics today, but the drivers certainly rose to the occasion and the viewers enjoyed an exciting and unpredictable race.”

Nearly all the drivers stopped twice, but Ferrari’s Charles Leclerc stopped just once to move from eighth on the grid to fourth at the finish. Renault’s Esteban Ocon was the only other driver to finish in the top 10 with just one stop. Both Leclerc and Ocon started on medium and then went on to hard. Four drivers stopped three times, with 19 drivers out of 20 finishing the race. 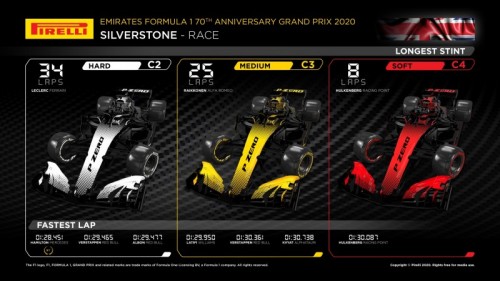