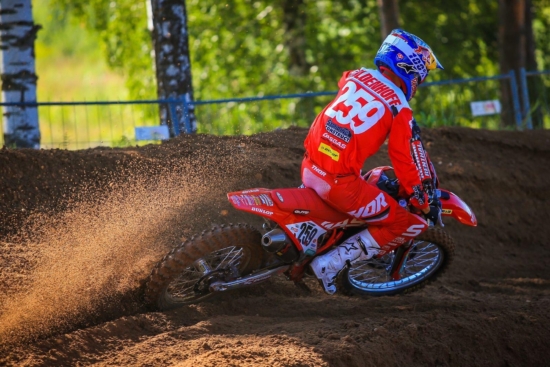 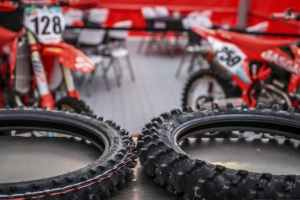 154 days since the last race at Valkenswaard, Netherlands, Glenn Coldenhoff restarted the FIM Motocross World Championship season off in winning form, taking victory with Dunlop tyres at Kegums, Latvia. The Dutch rider gave the new Standing Construct GasGas Factory Racing Team its maiden win on Sunday afternoon after a tense late-race battle in the second of two rounds in the MXGP of Latvia. Earlier in the day, Coldenhoff narrowly missed out on the Race 1 win by 1.9 seconds. Eddy Seel, MXGP event leader, Dunlop: “It was great to see MXGP return to action after a five-month break, and even better that Coldenhoff and GasGas took a memorable victory with Dunlop Geomax tyres. With four more races on the same track over the next week, our partner teams can fight for even more wins soon.”

The hard sand surface of the Kegums track in central Latvia provided fascinating racing in a new condensed one-day format for MXGP and MX2 competitors, but Coldenhoff proved himself to be the stand-out rider of the day with impressive starts in both 30 minute plus two laps races.

He took the lead early in Race 1 but slipped back to second when he ran off track. Hungry to go one better in Race 2, the GasGas rider grabbed the lead and won the holeshot on the first lap and never looked back.

Dunlop’s MXGP competitors will be back in action in just a couple of days’ time, with more races on the same track on Wednesday (12 August) and next Sunday (16 August).