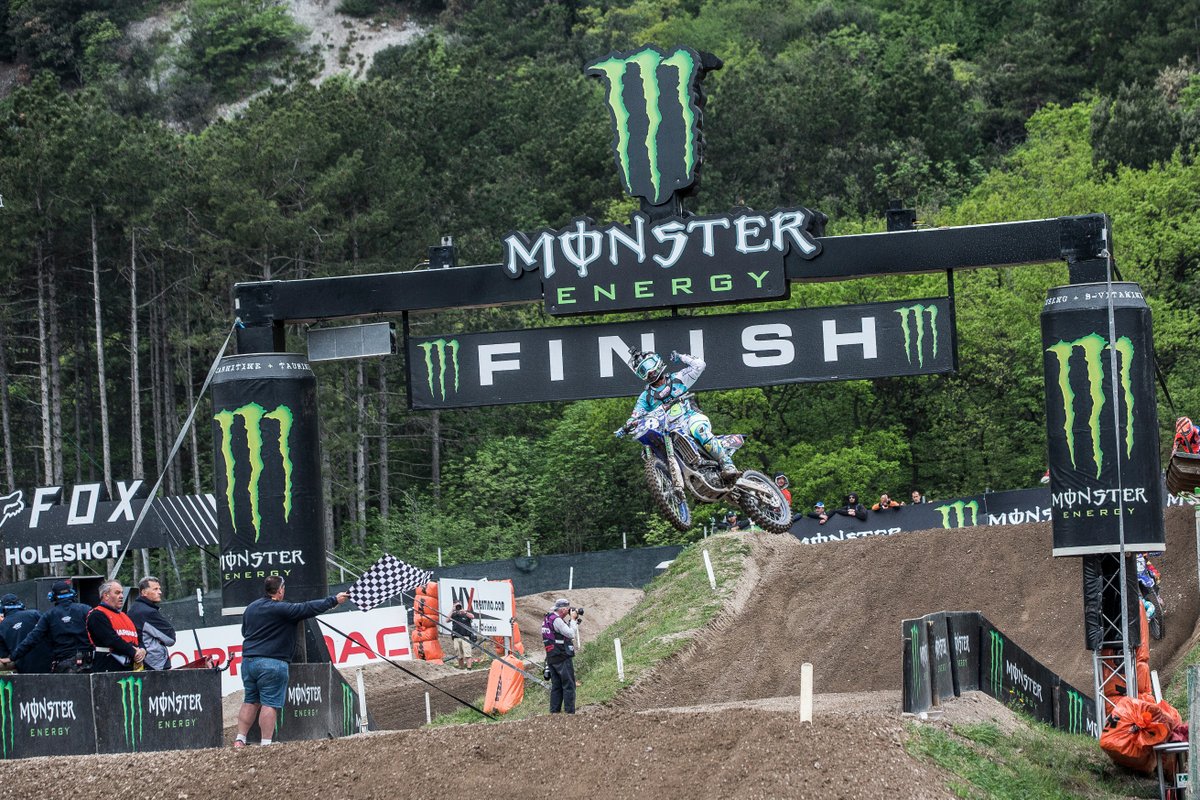 Dunlop motocross riders had a successful Easter weekend, running on the Geomax MX3S front and rear tyres, to seal a victory and a podium in Italy.

Kiara Fontanesi was back on winning form, clinching the MXGP of Trentino Women’s Motocross World Championship round. The Italian was fastest on home ground in free and timed practice then won race one. Race two saw her drop to third but regain second place – enough for her to claim the Grand Prix win on her Yamaha. Kiara now lies second in the Championship, just six points behind the leader.

Arnaud Tonus (Yamaha) finished a strong second in the first MXGP race with Clement Desalle in fifth. Race two saw Tonus in seventh, a result that combined with his first race points put him third for the grand prix. Desalle was classified sixth overall and lies third in the championship standings.

Eddy Seel, Dunlop event leader, added: “It was a good weekend for us. Tonus is getting better and better with each GP and Desalle is getting consistent results so we are heading in the right direction for the championship. Kiara is really consistent in her races too and is back to bidding for her championship as well.”

The next Grand Prix of Europe takes place on the track at Valkenswaard, Netherlands on 23 April. Dunlop will recommend the Geomax MX3S front and MX11 rear for the sand track.