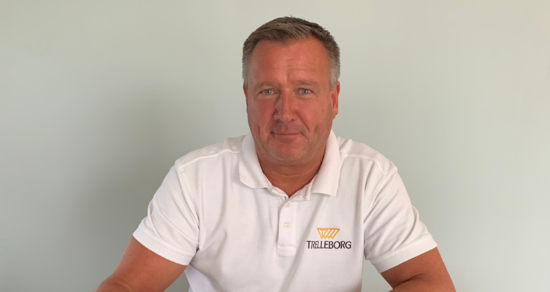 Trelleborg’s reorganisation, which gave greater prominence to tyres and wheels via its Trelleborg Wheel Systems business, was detailed at the end of February, just prior to the global spread of Covid-19 causing monumental disruption throughout Europe. Tyres & Accessories commented at the time that we planned to meet UK managing director Richard Lyons for the first time since his January appointment at the event in Sweden – as it turned out, Lyons was unable to make the trip for reasons detailed later. At the end of June, T&A met Lyons – fittingly on Microsoft Teams – to discuss how the pandemic has affected the market and the company’s response to the challenges of 2020, in addition to talking about how he is settling into his new role within the company.