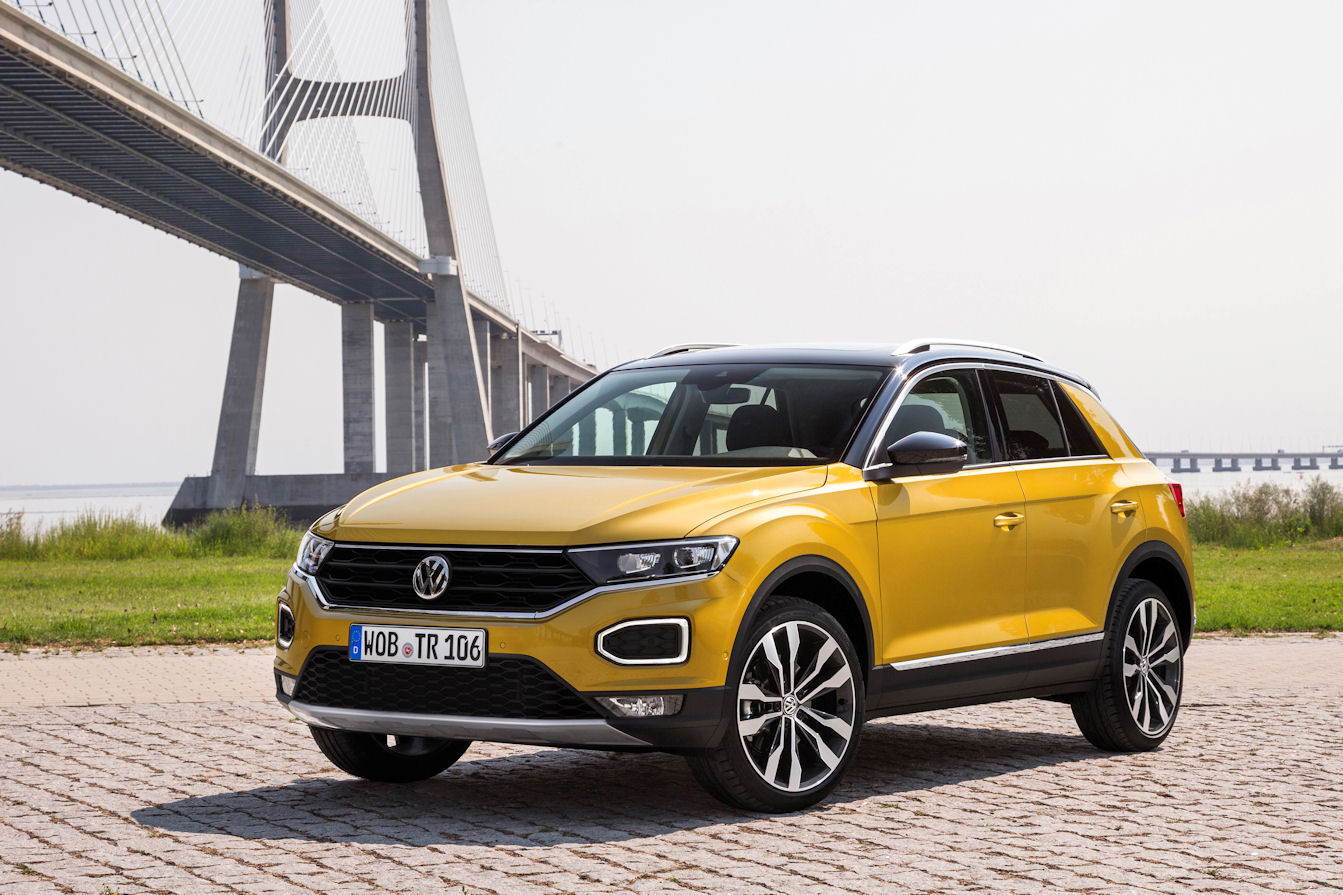 A VW T-Roc was used for testing (Photo: Volkswagen)

Eight premium and mid-range tyres are the subject of the latest summer tyre test from car magazine Gute Fahrt. The German publication chose to look at 215/50 R18, a popular size for smaller SUVs. Testing was performed using a VW T-Roc, and the Gute Fahrt team benchmarked the eight tyres against the T-Roc’s original equipment rubber.

In addition to the important braking tests, Gute Fahrt looked at how the tyres handled in the wet and dry as well as their rolling resistance, ride comfort and quietness. Results for each criterion were weighted, with safety-related disciplines contributing more to the overall result.

The testers named the Goodyear Eagle F1 Asymmetric 5 the best tyre of the eight. This “great all-rounder with superior qualities in the wet” delivered strong performance in almost every test category, with rolling resistance the only discipline in which its performance was merely ‘satisfactory’. Gute Fahrt rewarded the Goodyear tyre’s efforts with a Very Good+ rating – it was the only tyre to gain the magazine’s top rating.

Two further tyres came close though. The testers considered their runner-up, the Continental ContiSport Contact 5, to be “good and reliable, as usual” and rated it Very Good for its excellent performance in the braking and handling tests. Rounding off the podium, the Falken Azenis KK510 SUV received a Very Good- rating. The Gute Fahrt testers called the Falken tyre “the surprise of this test”, a product that “cheekily challenges the premium brands”. They added that the Falken brand is separating itself from the mid-range tyre makers with “increasing clarity”.

Gute Fahrt gave the top three tyres its recommendation along with a fourth tyre, the Nokian Wetproof. The Nokian was rated Good+ after performing particularly well in the dry braking and rolling resistance tests.

Following in fifth and sixth places were the Pirelli Cinturato P7 and Vredestein Ultrac Satin. Both were rated Good-. The Pirelli tyre delivered a good result in the longitudinal aquaplaning test and very acceptable wet braking distance, as well as a low rolling resistance value, but was let down by its performance in the sideways aquaplaning test. The Vredestein gave a solid result in most disciplines.

Two tyres were rated Satisfactory-. The seventh-placed Yokohama BluEarth RV-02 TL received this evaluation in most disciplines, however did not perform well in the two aquaplaning tests. The wooden spoon went to the Toyo Proxes CF2 SUV, which gave the poorest performance of the eight tyres in both braking tests.

OE tyres not best in every area

The VW T-Roc model that Gute Fahrt tested came from the factory fitted with Bridgestone Turanza T001 tyres. The testers thus used these as their benchmark when comparing the eight tested tyres. Original equipment tyres are specifically developed for the vehicle they’re fitted to, yet that doesn’t automatically translate to class-winning performance in every area. Looking for example at the wet braking test, the Bridgestone tyre scored 7th from 9th; the T-Roc fitted with its original equipment tyres was still travelling at 21.44 km/h (when braking from 100 km/h) by the time the top-performing Goodyear Eagle F1 Asymmetric 5 had reached the target terminal speed of 10 km/h. Nevertheless, Gute Fahrt recommends the tyre.