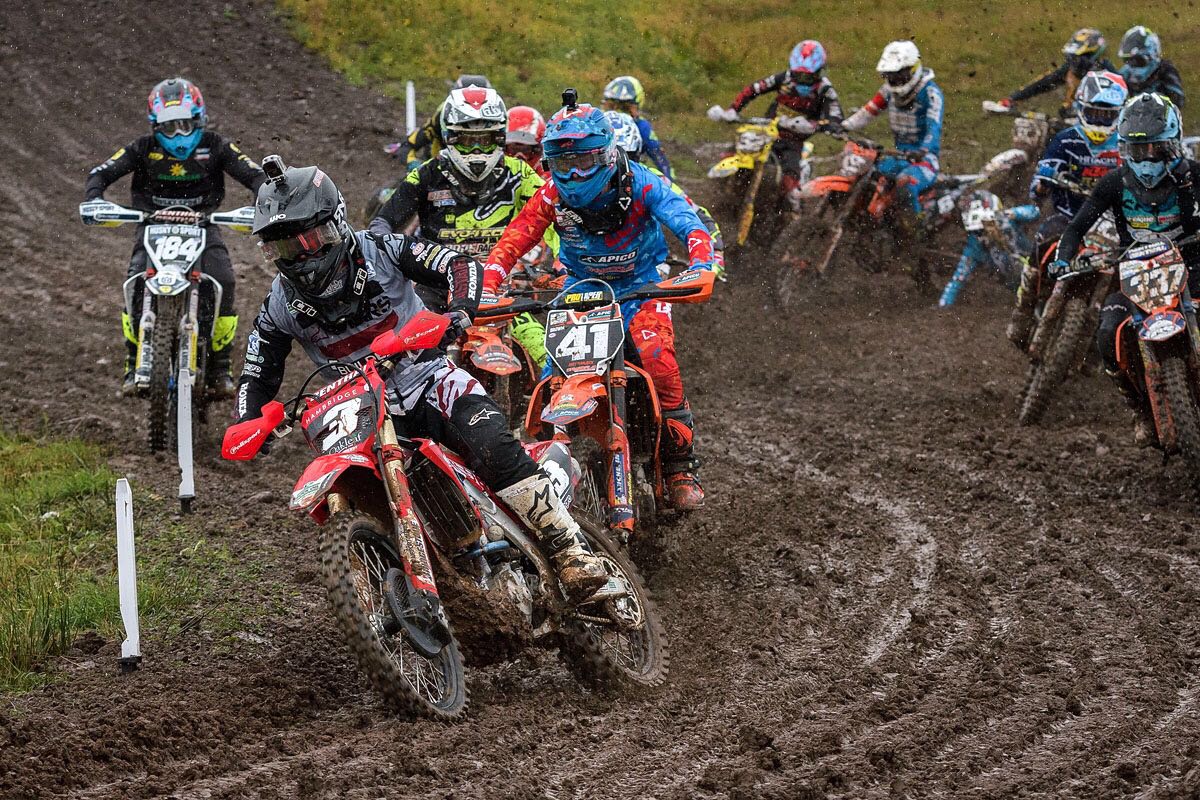 Five motocross stars running on Bridgestone’s range of Battlecross tyres have secured seven championship titles. Josh Gilbert, Callum Green, Josh Waterman, Rory Jones and Simon Lane all competed on the company’s products in 2018 and all won significant pieces of silverware, before paying tribute to the rubber that kept them on track all year round.

Bridgestone states that its premium range of motocross products has been increasingly viewed as being among the very best in the sport, with different compounds and tread patterns specially designed for the varied surfaces that riders compete on. The Battlecross X10 (sand and mud) X20 (softer ground), X30 (medium) and X40 (hard) products help to boost confidence when entering and exiting corners at speed.

Josh Gilbert, one of the sport’s hottest prospects, won the MX Nationals MX2 championship, as well as the MX2 Bridgestone British Masters. One of his biggest achievements was also finishing runner-up in the blue-riband 2018 Maxxis British Motocross Championship. This time last year, the 21-year-old had never ridden on Bridgestone tyres before, but roll the clock forward and he couldn’t be happier with his choice. The Buildbase Honda Racing star, who mainly opted for the X20 and X10 – along with the X30 on hard pack – said: “The Battlecross tyres have definitely helped me this season. In the past, I just stuck to a rival brand, but switching to Bridgestone has worked out well for me. I have been really impressed.

“They have definitely shaved seconds off my lap times. The performance of the tyres have given me a lot of confidence. Because of this, I can push that bit extra. They really have made a big difference and I’ve been thrilled with them.”

Gilbert has wasted no time in the off-season in a bid to win the Maxxis Championship and flourish in the European EMX 250 IN 2019, courtesy of an MX ‘boot camp’ retreat to Spain in the coming weeks, supplemented with an intense physical training programme which has already begun.

He added: “I’ve made a big step forward each season I’ve raced. Looking ahead, I want to keep improving and winning more titles on Bridgestone tyres.”

His team manager Dave Thorpe, a three-time world champion himself, was fulsome in his own praise, and the decision to opt for Bridgestone: “Josh has had a remarkable season. He has turned a corner in terms of maturity as a young man and a racer. The biggest compliment I can give him is that he is now in charge of his own destiny. You have got to live and breathe it and leave everything on the table. Josh has done this and he knows what he needs to do.

“We have been really happy with the Bridgestone Battlecross tyres from day one. There has never been a single issue with them and he’s gained a lot of confidence from them.”

Callum Green was another title winner on Bridgestone, winning the MX Nationals MXY2 Championship.  The 18-year-old from Nottinghamshire said: “They are the best tyres that I’ve ever ridden on. Overall, they are just so much grippier in all aspects. I can enter and exit corners at higher speeds and I’ll definitely be riding on Bridgestone tyres in the future.” Telford youngster Rory Jones was another winner with Bridgestone, scooping the MXY2 Bridgestone British Masters Championship. The 17-year-old raced under the SRH KTM Racing banner and has showed superb levels of consistency to transform top 10 finishes last year to regular podiums and race wins in 2018.

Jones’ father, Lee said: “It has been a stressful year in some ways and Rory has worked extremely hard to win the British Masters. He’s been in pole position in the championship for much of the season, so he’s always been there to be shot at.

“The tyres have been absolutely brilliant. Out of the leading brands, Bridgestone’s Battlecross range has performed better in our opinion and have played an integral part in Rory’s successes.”

Twenty-seven-year-old Josh Waterman is arguably the biggest success story of the MX world in 2018, winning the AMCA MX1 Championship and AMCA IMBA MX1 Championship, despite being profoundly deaf since birth.

He said: “The tyres have been awesome. I ran X20 on the front and rear on all mud and hard pack tracks and x20 front and x10 rear in the sand. They are fantastic tyres. I have so much confidence in them which makes my job so much easier.

“They have given me so much confidence so I can rely on the grip knowing the tyres are going to hold their own. Even off the concrete starts, both the X10 and X20 have given me great starts.” And when reflecting on his deafness, Josh was philosophical and upbeat about the fact and said it has just made him all the more determined to be successful: “In the early years, I struggled with the geared bikes as I had to feel the revs through vibrations and feeling when to change gear at the right time. Now it doesn’t really bother me. Everybody knows me for being deaf. It hasn’t been a disadvantage. It has just made me the rider I am today. I never give up!”

Bridgestone’s marketing team leader Mark Fereday said: “On behalf of everyone at Bridgestone, we want to congratulate the riders for exceptional seasons, which they will remember for many years to come.

“We’re proud of our Battlecross range of tyres and we know how well they perform, but it is no good taking our word for it. The ultimate endorsement comes out on the track and all of our sponsored riders have brought the tyres to life emphatically, demonstrating their premium performance traits to thousands of spectators and fellow enthusiasts up and down the country during the year.

“It really is an exceptional range of tyres and seeing these young riders achieving great things in the sport while riding on them is perfect scenario for us.”