You are here: Home1 / News2 / UK News3 / A great season for Manchester City – and Nexen Tire

A great season for Manchester City – and Nexen Tire 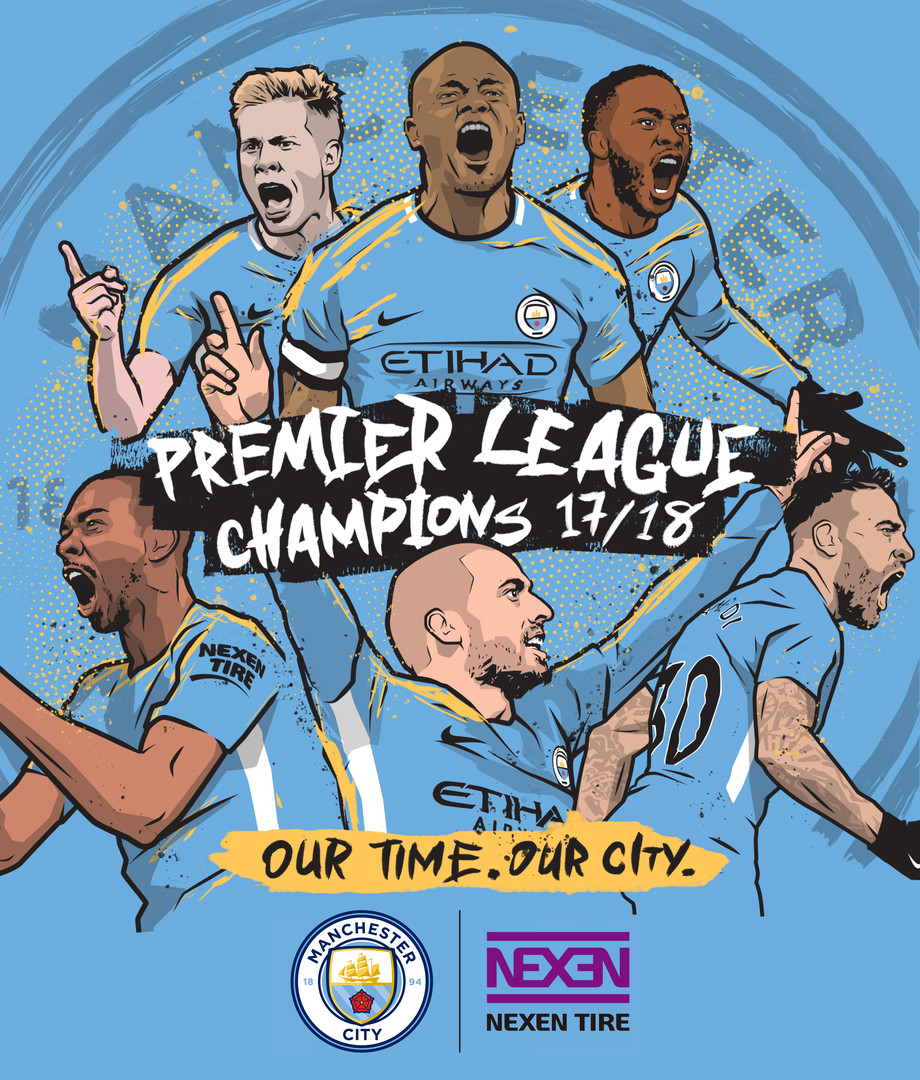 “It marks another great season for the club’s partner Nexen Tire, with Manchester City winning the English Premier League trophy and the Carabao Cup,” said Kang. “We look forward to our continued strategic partnership with Manchester City to reach more fans globally and drive our brand awareness.”

Manchester City sealed this season’s victory by winning 3-1 in its match against Tottenham Hotspur hosted at Wembley Stadium last Saturday. With five matches remaining, it becomes one of the quickest clubs in EPL history to clinch the trophy, matching the league record set by Manchester United in the 2000/01 season. This will be the third time that Manchester City has become the champions of the EPL Campaign, with all of its titles coming in the past six years.

To commemorate the club’s achievement, Nexen Tire has released a short congratulatory video featuring three of Manchester City’s leading players – Vincent Kompany, Ederson Moraes and Benjamin Mendy. This can be viewed below or on the tyre maker’s Facebook and YouTube pages.

Nexen Tire extended its multi-year partnership with Manchester City in March 2017, becoming the first ever official sleeve partner in the EPL history. The company has been increasing its global brand awareness through this partnership and plans to continue its wide range of marketing efforts with the club.