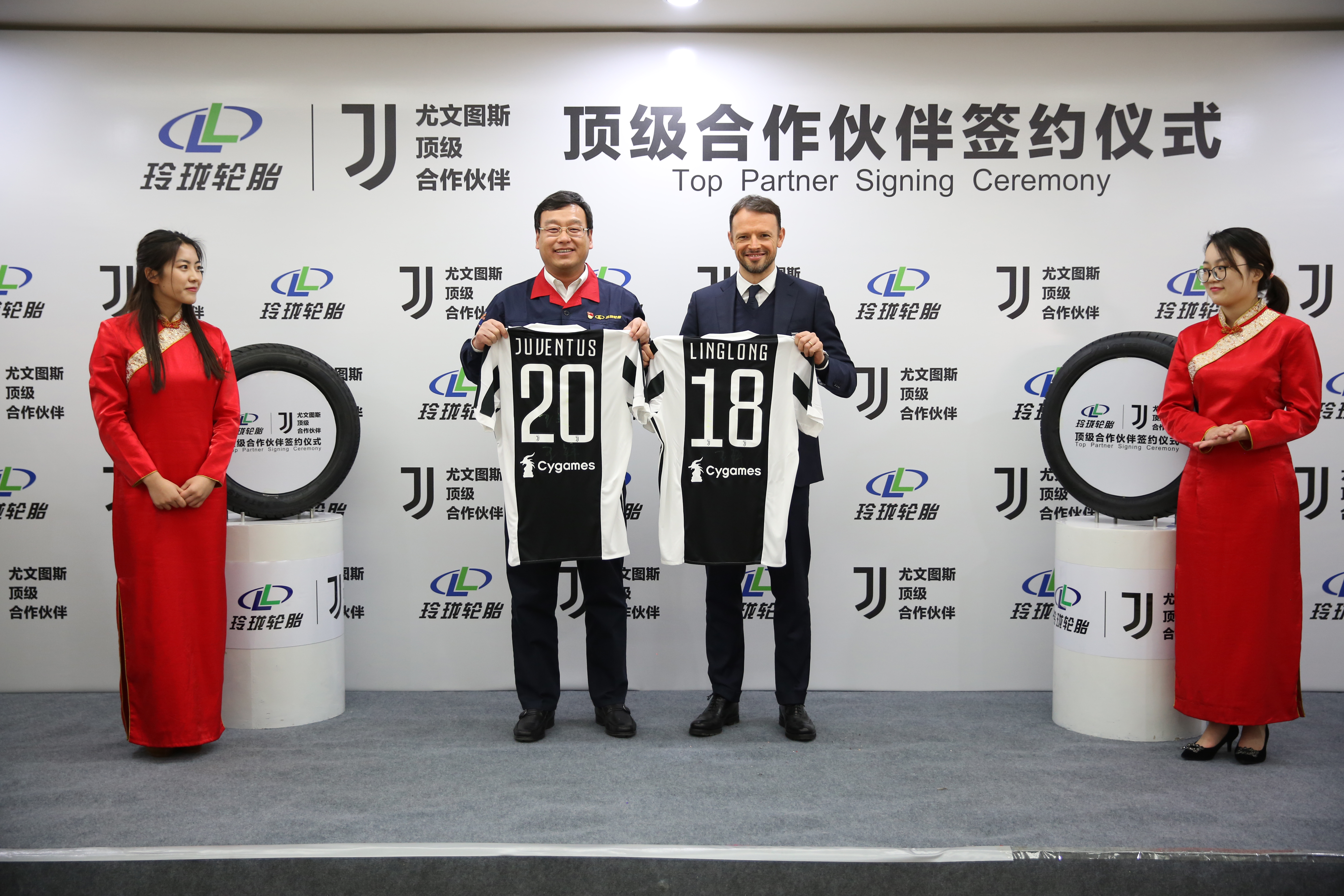 Linglong Tire has become a Juventus Football Club official partner, having signed an agreement in Zhaoyuan, where the tyre manufacturer is headquartered. The Torinese club is one of Italy’s most prominent, boasting a 120-year history of domestic and international success, demonstrating the increasing ambition of Linglong, now a global top 20 player in the tyre industry.

Wang Feng, chairman of Linglong Tire, said at the ceremony that it was a great honour to be part of Juventus family, which demonstrated Linglong’s passion for football and determination to expand its global markets. He firmly believed that the cooperation between both parties would “bring an exciting and inspiring experience to football fans and customers”.

Giorgio Ricci, representative of Juventus, stated that it was a pleasure to cooperate with Linglong Tire and it was worth looking forward to the excellent performance of both parties in the near future. They were very proud to have a new and strong partner like Linglong Tire because both parties had “shared spirit in leadership”.

Based on the cooperation agreement, Linglong has many rights such as perimeter advertising during Juventus home games of Italian League and Italian Cup. Linglong will increase its brand recognition along with Juventus’s popularity worldwide.

Linglong has been increasingly emphasising sports sponsorship to improve brand awareness and globalisation targets, such as its support for VfL Wolfsburg. The company said its Juventus partnership is designed to increase Linglong’s global recognition and help Juventus win an increased Chinese following. The tyre manufacturer’s products are sold to over 180 countries and regions and chosen by nearly 60 original equipment manufacturers.