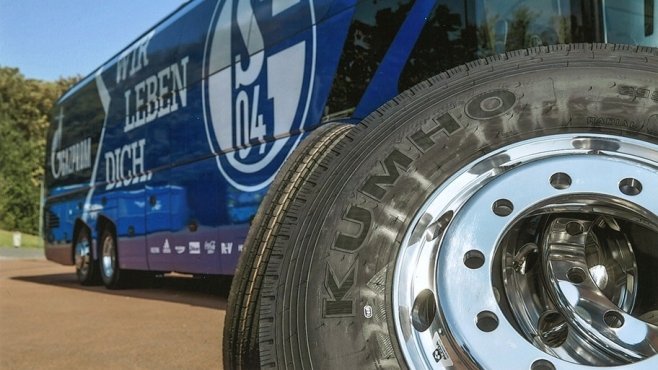 Kumho Tire’s sponsorship of German football club FC Schalke 04 has been extended until 30 June 2018. The tyre maker and Bundesliga protagonist first announced their collaboration at the beginning of 2015, and since then Kumho has been represented on LED signage at the club’s home stadium, Veltins Arena, and utilised other advertising options both in the stadium and in team-related publications. These advertising opportunities continue under the extended deal.