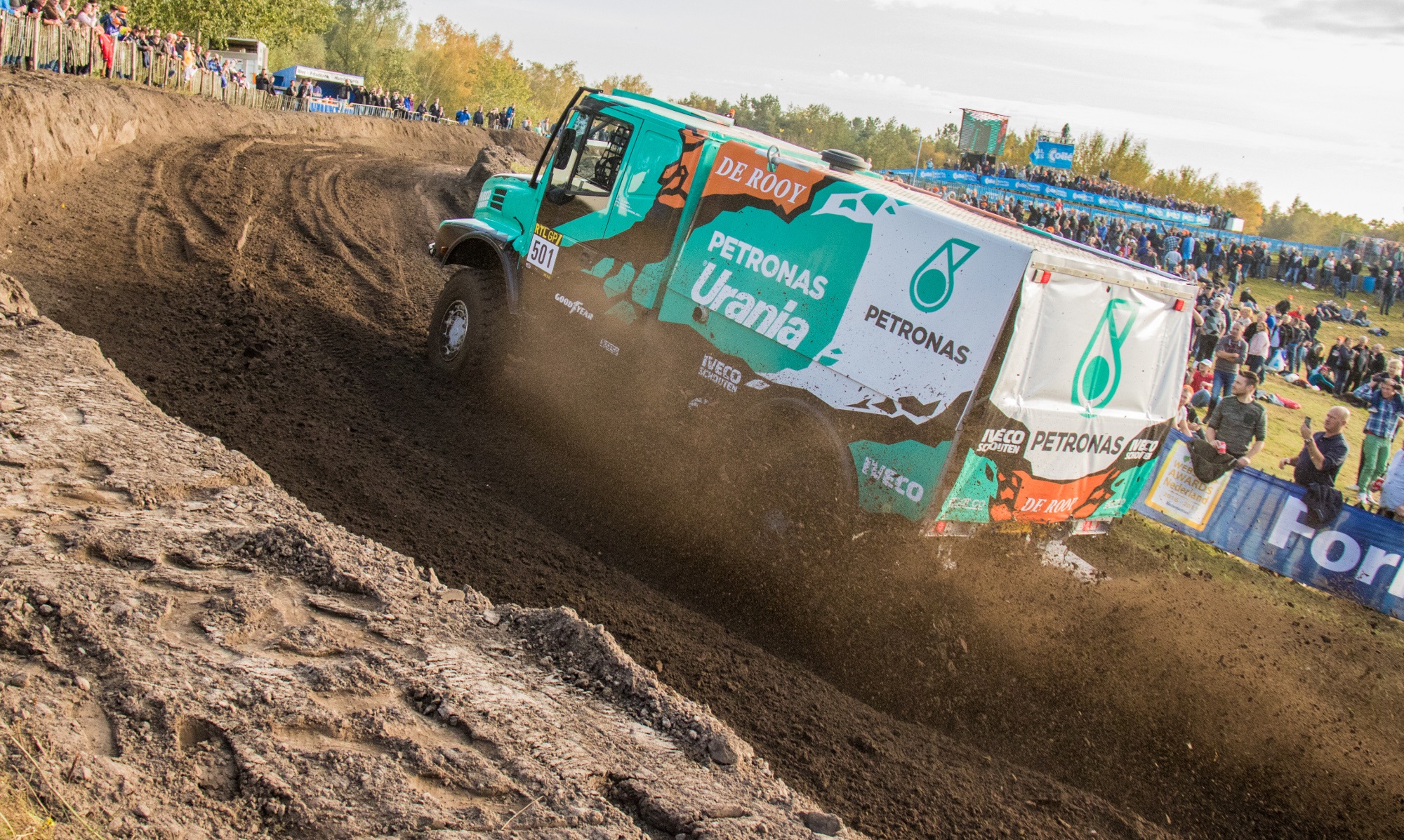 The De Rooy team, winner of the 2016 Dakar rally truck class, is returning to defend its crown on Goodyear Offroad ORD tyres. Gerard De Rooy and his team chose the tyre for its four race trucks as well as fitting Goodyear Omnitrac mixed service tyres to their service trucks. The team will target a repeat success with the support of the tyre manufacturer, which will provide testing and back-up.

The line-up for the 2017 De Rooy team equipped with Goodyear truck tyres comprises:

The four race trucks will compete on standard Goodyear 375/90R22.5 Offroad ORD tyres as will all the fast service assistance trucks, while the other service trucks will use Goodyear 315/80R22.5 Omnitrac MSS II and Omnitrac MSD II truck tyres, mounted on the steer and drive axles respectively.

Goodyear has a long and successful partnership with De Rooy, which the tyre manufacturer will hope to extend. De Rooy will receive close cooperation with engineers from the Goodyear Innovation Center Luxembourg, including extensive joint testing. The team was able to achieve the best setup to optimise tyre performance in all the varied conditions the race trucks will face during the Dakar 2017. Following the performance of the Goodyear tyres in the Dakar 2016, the team decided to rely on standard Goodyear Omnitrac mixed service truck tyres for their rally service vehicles.

“The Goodyear Offroad ORD 375/90R22.5 off-the-road truck tyres are fantastic and were a key element in us winning the 2016 event. We have had incredible technical support from Goodyear engineers and this is why we have chosen Goodyear again as our tyre partner for what is without doubt the toughest test for truck tyres in the world. We are confident that this continued partnership will give us the necessary traction and reliability to ensure we can win again in 2017,” said Gerard De Rooy.

“We are delighted that Gerard De Rooy and his team have chosen Goodyear tyres again for their attempt on the 2017 Dakar title. We have worked long and intensively with them to help find the best set-up for the race trucks and to provide the back-up that is essential for this event to be a success for the team. But just as important is the technology leadership that enable them to perform under such challenging conditions. However it does not end there as the results and experience from the Dakar form part of our work in the development of future truck tyres,” said Benjamin Willot, director marketing commercial tyres at Goodyear Europe, Middle East and Africa.

The first stage of the rally starts in Asuncion, Paraguay on 2 January. From there the more than 550 trucks, cars and motorcycles cross into Bolivia, driving as far north as La Pax, and then down into Argentina where the event ends in Buenos Aries on January 14. The Dakar comprises a total of 12 stages covering over 8,500 kilometers of the most challenging terrain including deserts, high mountains and rocks.