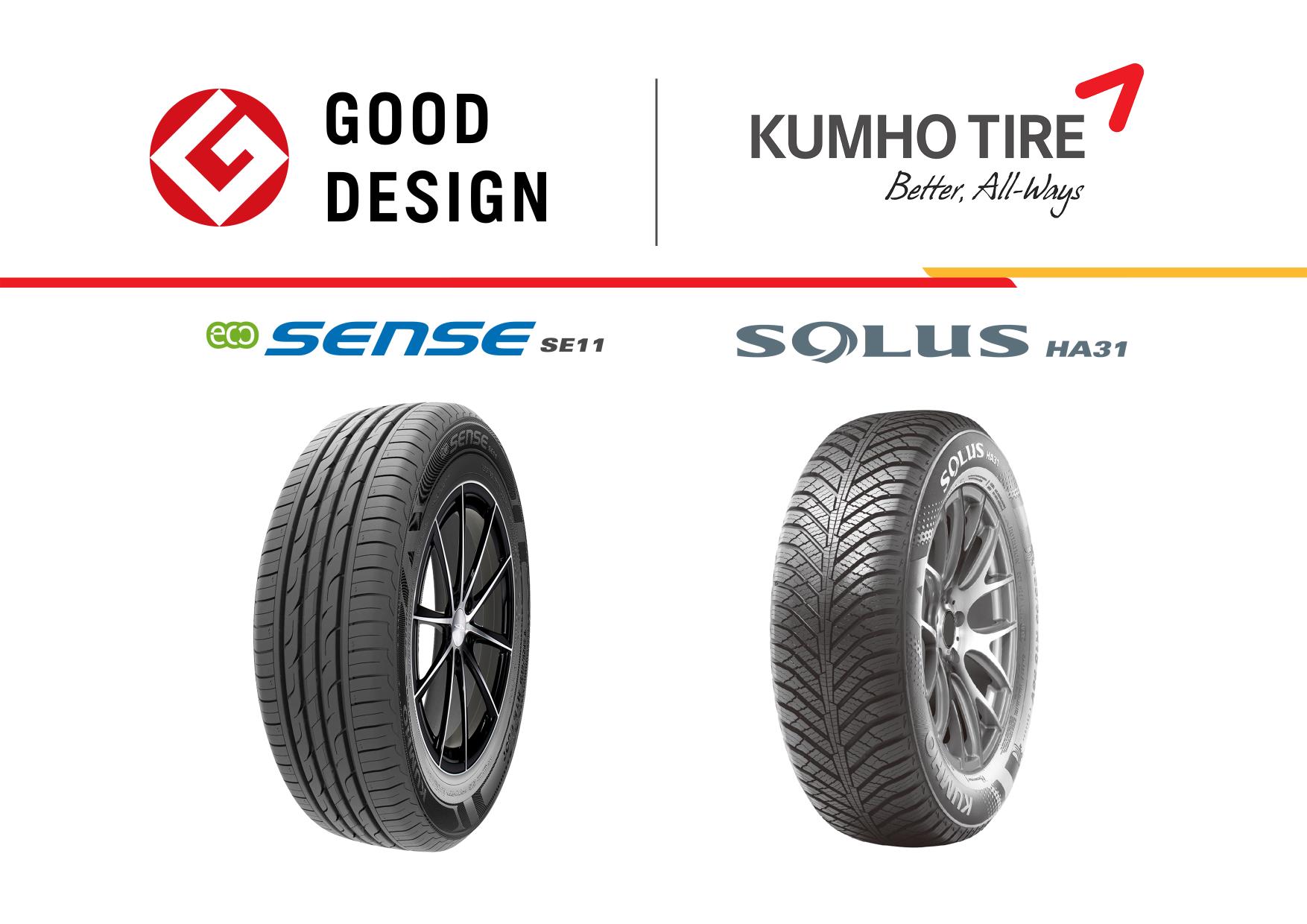 Kumho’s latest all-season tyre, the Solus HA31, has been accorded a Japanese Good Design Award. So too has the Kumho Eco Sense SE11 – a pattern specifically designed for environmentally friendly and electric vehicles but which, unlike the HA31, isn’t currently available in the UK market.

The Solus HA31 has now all but replaced the Solus Vier KH21 in the UK, although the older pattern is currently still available in some sizes. Kumho considers the HA31 the ideal choice for drivers of all sizes of passenger car seeking optimum performance and reliability in all weathers. The tyre features lateral grooves for enhanced wet road performance, honeycomb structure 3D sipes for optimum traction on snowy surfaces, a directional tread pattern with S-SBR technology for an exceptional balance between wet grip, fuel economy and wear rate, and reinforced centre rib and tread blocks for improved braking performance.

HA31 is available in sizes for 13 to 17-inch rim diameters, and a recent addition of eight new fitments in 16 and 17-inch sizes has brought the current total number of options to around 60.

These latest accolades cap what Kumho refers to has “a golden period of recognition.” The tyre maker’s products have recently received tributes from three top design forums – the Red Dot and iF International Forum Design in Germany and IDEA in the USA – and they also won two prizes at the Green Good Design Awards 2016, which was held in the United States. The latter awards were for the aforementioned Eco Sense SE11 and another new Kumho pattern aimed environmentally-friendly and electric vehicle markets, the Wattrun VS31, which will be launched in the UK market this December.

Michelin returns to the top of online brand ranking