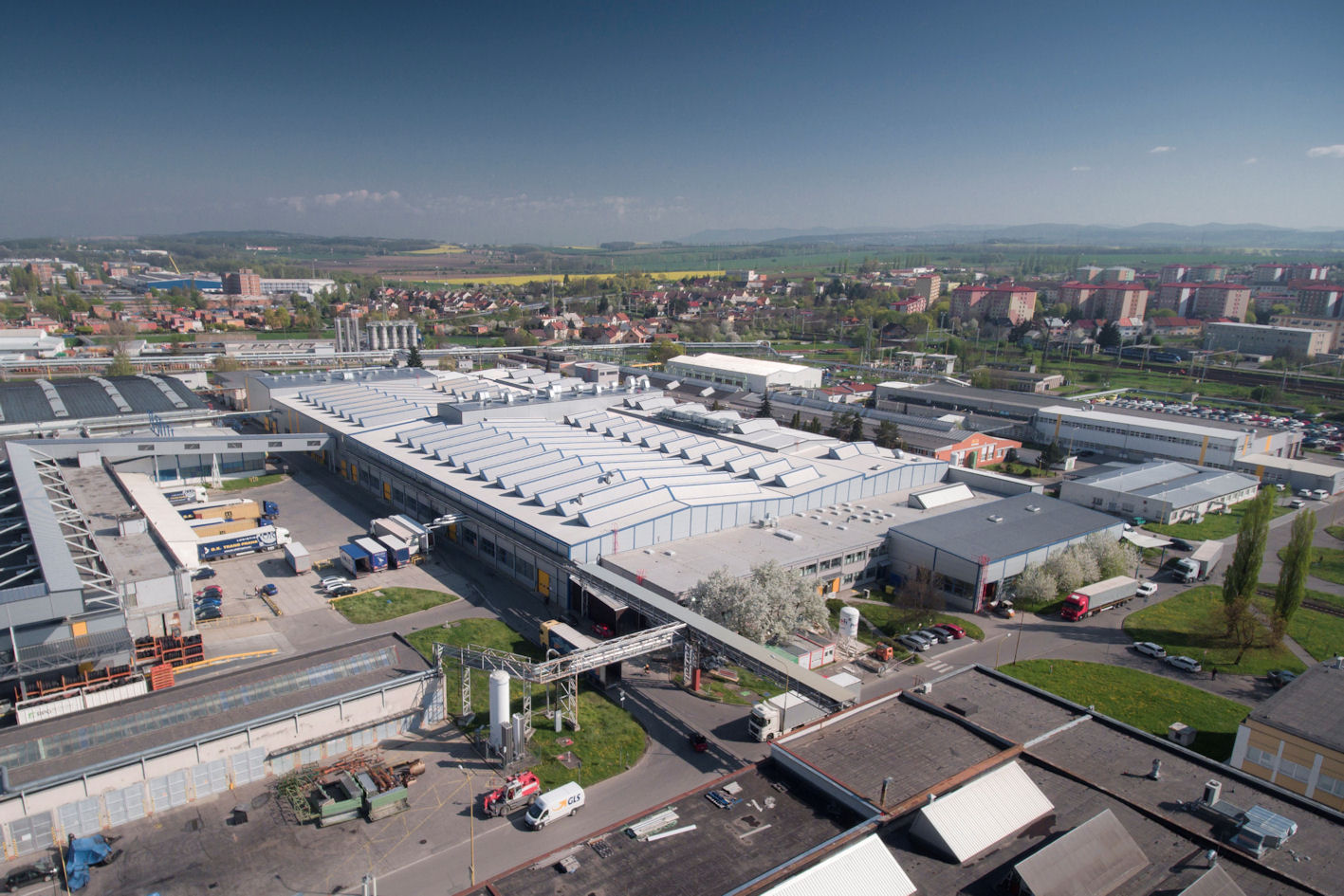 A ceremony was held last week to officially inaugurate the newly-rebuilt truck tyre production hall at Continental’s manufacturing facility in Otrokovice, Czech Republic. The inauguration marks the completion of a three-year project that involved a CZK 4.4 billion (£146.4 million) investment and has led to the creation of 130 new jobs. The project has seen the Otrokovice site, which previously served the European, Middle East and African markets, additionally develop into a production hub for markets in America and the Asia Pacific region.

During the opening ceremony, members of the Continental Commercial Vehicle Tires (CVT) management team shared details of the tyre maker’s plan for Otrokovice with business partners, suppliers and representatives from regional and local authorities. “Today we are celebrating the finalisation of a three-year project, a strategic step focusing on long-term market growth of Continental’s Commercial Vehicle Tires business unit,” commented CVT head Andreas Esser. “As the largest (Continental) tyre plant worldwide, Otrokovice plays a special role in our manufacturing landscape. With this investment, the plant has developed into a production hub for America as well as for the emerging markets in Asia Pacific.” “Here in Otrokovice we have implemented state of the art manufacturing processes as well as sophisticated technologies,” added Thierry Wipff, senior vice-president of Manufacturing at CVT and of Technology within the company’s Tires division. “Once again, I am impressed with the great achievements of the Otrokovice plant team in this project. Despite the high level of complexity, the plant team showed us yet again that we can rely on their expertise, their team spirit and their passion to win. Therefore, I would like to extend my sincere gratitude to all those involved in the project.”

Reconstruction work and expansion of what Continental calls the ‘CVT2’ production hall in Otrokovice started at the end of 2013 and was completed last year. It was gradually equipped and the first tyre in the CVT2 hall was cured in 2014 during testing of the presses, but the first serially produced tyre was manufactured in April 2015. At this time, production began with one tyre building machine and six vulcanising presses, and the commissioning of additional tyre building machinery and presses enabled a growth in production by the end of last year. All machines have now been installed and are operating. The tyre building and curing departments run non-stop across four shifts, and the facility’s truck tyre production capacity is expected to grow to almost 1.6 million units per annum.

According to Otrokovice plant manager Libor Láznička, Continental’s investment “shows the trust of our management and customers in the expertise of our Otrokovice team.” He added: “I would like to thank the local authorities and our team for the constant support to make this project a success.”

Last year, Continental Barum produced 21.1 million car tyres, 919,000 truck tyres and 119,000 industrial tyres. Truck tyre output is expected to exceed one million units this year. Production has increased almost threefold since 2005, a growth driven by a project supporting the manufacture of 22.5-inch tyres; most of the additional production takes place in the new CVT2 hall.