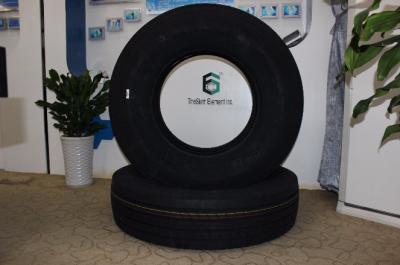 Graphene said to decrease wear by 25%

Shangdong Hengyu Technology has become the latest tyre manufacturer to announce that it is making tyres based on the Nobel Prize-winning material graphene. Other firms using graphene in tyres include bicycle tyremaker Vitorria and fast-growing Chinese manufacturer Sentury Tire.

According to the company supplying Hengyu with Graphene (The Sixth Element Materials Technology), Shangdong Hengyu has developed “tyre formulations” that the companies say demonstrates the positive impact of graphene on the performance of tyres.

Hengyu and Sixth Element report that they have been adding “a very small amount” of Sixth Elements’ SE2430 graphene to tyre tread compound formulations. As a result the wear rate was reportedly decreased by “more than 25 per cent”. At the same time, tear strength is said to have been “more than doubled”.

Sixth Element recently presented the resultant “Horizon HD” tyre to the public at the GraphChina 2016 event in the People’s Republic.

So how close is this product to serial production? According to online news sources, road testing is nearing completion and marketing of the graphene-enhanced is set to begin this side of Christmas 2016.

The Sixth Element Materials Technology, which is based in Changzhou, China, is a manufacturer of graphene flakes, graphene oxide and related materials. These are used in a range of applications including: primer paints and anti-corrosion coatings, synthetic films and batteries. However, currently the focus is on “coatings, polymers (plastics, composites, fibre), rubber and batteries” and when you say rubber this – of course – includes tyres.

The company recently opened a sales office in Europe, and appointed Bernhard Münzing a former BASF and Gelita executive as sales director. The goal of the new European office of Sixth Element is to develop business relations and of course sales with key innovators in the Europe Middle Easter and Africa area. Indeed, the European office is seen as the first step in establishing a worldwide sales and distribution network – something the company is aiming to achieve in the next few years.