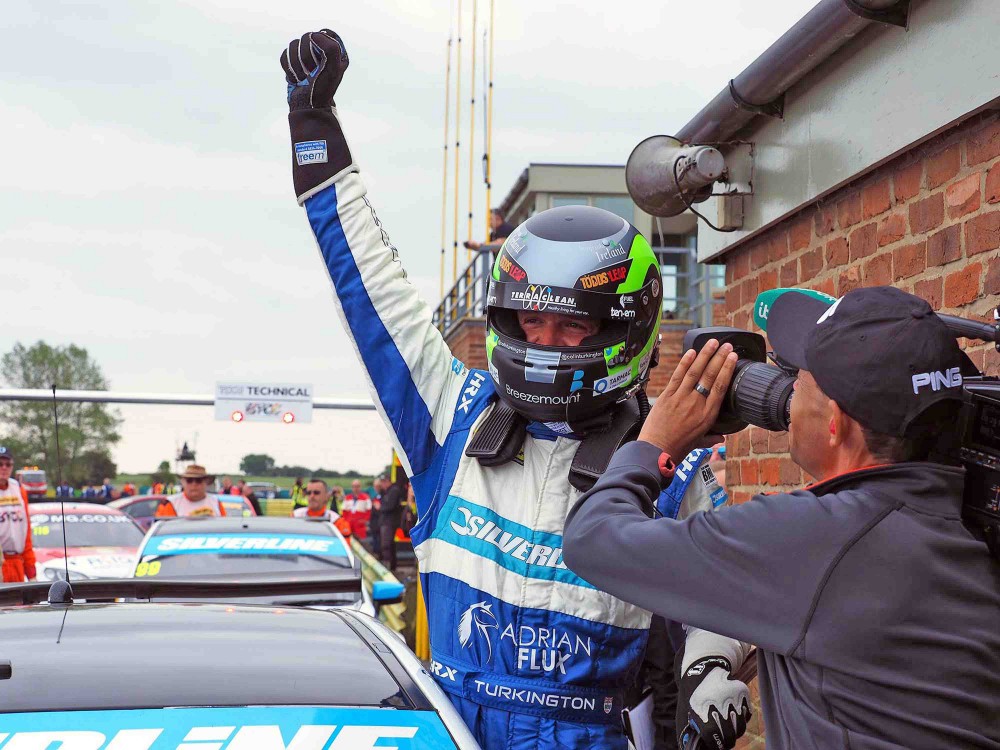 With Turkington securing pole position on Saturday 4 June and going on to perform successfully once again in Sunday’s opening race, it is an historic result for the Japanese marque.

Following safety concerns with Turkington’s Silverline Subaru BMR Racing Levorg’s fuel system at Thruxton, he was forced to sit out of the previous three races but reemerged in strong form in front of more than 40,000 people in the Oulton Park crowd.

Turkington’s second win of 2016 has now moved him towards the top ten in the standings with 81-points to his name.

TerraClean recently launched its brand new advert across a number of digital and satellite channels nationwide and its sponsorship of Turkington is another example of its commitment to reach the mass market to benefit its network of workshops.

Phillip Dowd, TerraClean sales director, said: “It was great to attend Oulton and experience the excitement of the BTCC firsthand and I’d like to congratulate Colin on making history with his breathtaking win.

“This is a fantastic promotional opportunity for the TerraClean brand and we’re confident that it will raise awareness of our engine decarbonising service and drive custom into our network. We will continue to show our support throughout the series and wish Colin luck in his next race.”